As Covid cases surge in California, the state has imposed a new stay-at-home order. Although not a full lockdown, California is banning non-essential work, movement, and gatherings between 10 p.m. and 5 a.m. in an effort to quell the recent dramatic spike in cases.

“The virus is spreading at a pace we haven’t seen since the start of this pandemic and the next several days and weeks will be critical to stop the surge. We are sounding the alarm,” said California Governor Gavin Newsom. “It is crucial that we act to decrease transmission and slow hospitalizations before the death count surges.”

While the order is scheduled to stay in affect for 30 days, Tesla workers will still be expected at their posts. According to this CNBC report, the California Department of Public Health has classified all manufacturing as “essential.” That includes the popular electric car company.

This decision brings back memories of the recent conflict between Tesla and the Golden State. When the world was making an effort to flatten the curve back in March, Tesla CEO Elon Musk pushed back. After briefly closing the factory in Fremont, Musk reopened it early against government orders. He then took to Twitter and threatened local authorities to arrest him. They choose not to.

Musk then sued the county and threatened to move Tesla out of California entirely. Eventually an agreement was reached, although critics say that local government simply backed down in the face of Musk bullying them around. There were also plenty of reports that Tesla workers feared for their jobs if they defied Musk’s return to work orders to protect their own health.

Musk, who famously predicted that the virus would be gone by April, recently tested positive for Covid-19 himself. 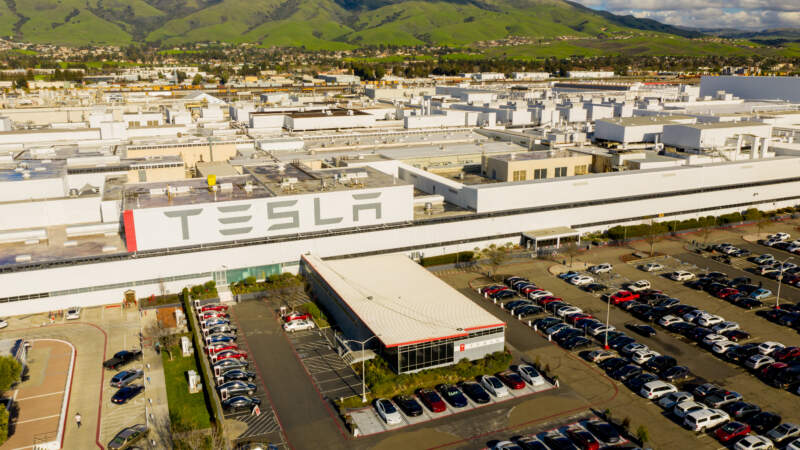