The Chinese military has reportedly banned Tesla electric vehicles from entering their complexes. They cite various security concerns over the cameras installed on the vehicles. Tesla’s advanced safety and autonomous driving features use a combination of cameras, radars, and other sensors to engage the technology. Obviously, the Chinese government are worried about potential surveillance leaks or revealing any other sensitive information.

The move is the latest sign of China’s growing scrutiny of the U.S. electric carmaker. The decision also comes as political tensions rise between Washington, D.C. and Beijing. Analysts say China’s move against Tesla resembles the similar measures that the U.S. took against Chinese telecom firm and smartphone maker Huawei.

Tesla won strong backing from the Chinese government when it built its first overseas factory in Shanghai in 2019. Their Model 3 sedan was the best-selling EV in the world’s most populous country for a while, before being overtaken by a much cheaper micro EV last year.

The new military directive advises Tesla owners to park their cars outside military property. Any potential residents were notified of the restrictions last week. Some media reports said that China’s government was restricting the use of Tesla models by any personnel at military or state-owned enterprises in sensitive industries and key agencies. The decision came after a government security review of Tesla’s vehicles.

Tesla sold 147,445 cars in China last year. That accounted for 30% of its total deliveries. However, they are facing growing competition from domestic Chinese rivals like Nio and Geely. The Chinese military’s concerns about Tesla underscore a broader issue for automakers as they equip more cameras and sensors to their vehicles. Sure, that technology is needed for things like parking assist and self-driving. However, privacy advocates consistently warn us about the alarmingly high level of surveillance that exists today. It’s something the rest of us seem very unconcerned about. The Chinese government, on the other hand, is quite concerned. 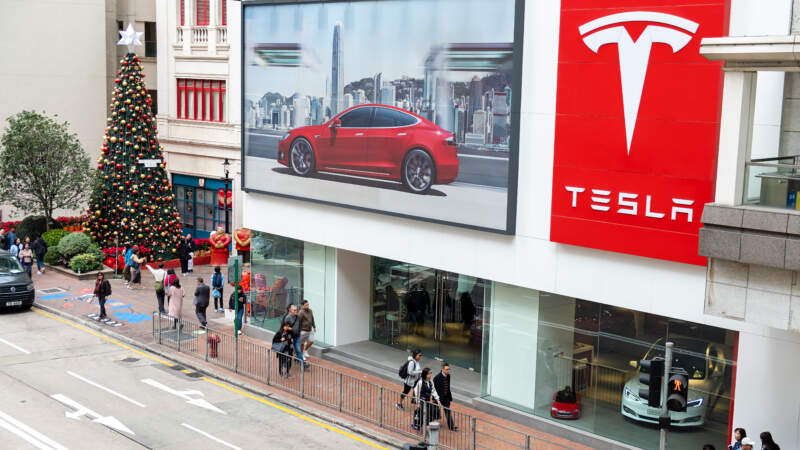