SUV vs. Crossover: What’s the Difference?

These two can be hard to tell apart depending on the models. Some crossovers are surprisingly large and appear similar to the traditional SUV and some are small enough that you might wonder if they are big station wagons. Plus, sometimes their towing capacities are not as far apart as one might expect.

What is an SUV?

A Sport Utility Vehicle, or SUV, is based on the rugged, heavy chassis of a pickup truck. The body attaches to the frame, and the frame holds the drivetrain, just like in a truck. It is a hardy, powerful, heavy-towing and heavy-hauling workhorse. Some models are also luxurious, like the Cadillac Escalade, but they are all trucks. An SUV can tow a large boat, camper, or second car. It has high ground clearance, and it can handle several types of terrain.

It typically has three rows of seats for up to eight passengers. Its size and weight can make it extra safe in a collision, but The Car Connection points out that some models do not have the crumple zones like cars and crossovers have. They do have other common safety features.

The ruggedness of the SUV requires trade-offs. Its engine is big and powerful, but it will burn a lot of gas. The newer hybrids, though, like the Ford Escape Hybrid, are making steps to help that. An SUV takes on heavy loads, but its driver handling is that of a truck, so you might feel less connected to the road.

What is a Crossover?

A crossover is often called a Compact Utility Vehicle, or CUV. Some say the acronym stands for Crossover Utility Vehicle. What the vehicle is, though, is a bridge between a car and an SUV. But they are not all exactly midway and differentiating the two can be confusing.

What defines a crossover is that it is built on a sedan chassis. It has a cabin and covered cargo space that is more or less similar to an SUV, depending on the models compared, but the crossover’s layout is necessarily very different. Manufacturers build a unibody structure on the sedan chassis (body and frame are one piece) like a car is made.

Its powertrain and suspension are more similar to a car’s, so it handles much the way a car would, says The News Wheel. Because of its lighter construction, its power needs are more modest. Crossovers are typically designed to be fuel efficient, nimble, maneuverable and yet big enough to comfortably handle a family, maybe a group of adults, or carry some larger objects.

Crossovers usually have two benches and take up to six passengers, but some have a third bench. Some crossovers are actually very similar, in exterior size and interior space, to an SUV. Many of them have four-wheel drive and tow equipment. But the average crossover feels more agile, and manufacturers usually include a front-end crumple zone along with the usual safety features.

The Honda CR-V, Nissan Rogue, Jeep Compass, and Dodge Journey are crossover utility vehicles. At the heavier end are crossovers like the Ford Escape, GMC Terrain, and Nissan Murano.

How Do They Differ?

No crossover is as powerful as a traditional SUV. If you need something beefy and heavy-lifting that can get you unstuck in bad terrain or pull an industrial-sized load, then you probably need an SUV. The crossover, though, is great for a driver with a large family or need of cargo space who stays primarily on paved roads and will not be pulling such heavy loads. However, some of the crossovers are ready for real towing, just more modestly so. The bigger ones can be quite useful for towing and carry fairly heavy payloads.

Regarding the sedan-style chassis, a crossover vehicle is often obviously smaller than an SUV. Then again, sometimes it is not so obvious. The Jeep Grand Cherokee, Ford Explorer, and Toyota Highlander use unibody construction. They are, strictly speaking, crossovers, but most people would not guess that, given how big and truck-like they are. And their manufacturers market them as big trucks.

There are many body variations and sizes in the crossover market. While traditional SUVs adhere to the rugged expectations of a driver who wants a truck and its capabilities, but covered, the crossover design spectrum can range from soccer mom to real trailer pulling and somewhat rough terrain. A February 2018 article on Cars.com says that some now come in versions that employ body reinforcement.

The SUV and crossover are getting harder to tell apart as more crossover models are introduced, but the very different structural platforms require significant differences. A full-size truck’s frame can take more weight and rougher use, and the SUV is more of a workhorse than the crossover. The crossover is more of a family vehicle, with leanings toward fuel efficiency and drivability. There are so many choices, and so much blurring between the lines of what one can do and the other can also do or not do that it is a good idea to look closely at several examples of both. Then decide what best suits your needs and your desires. 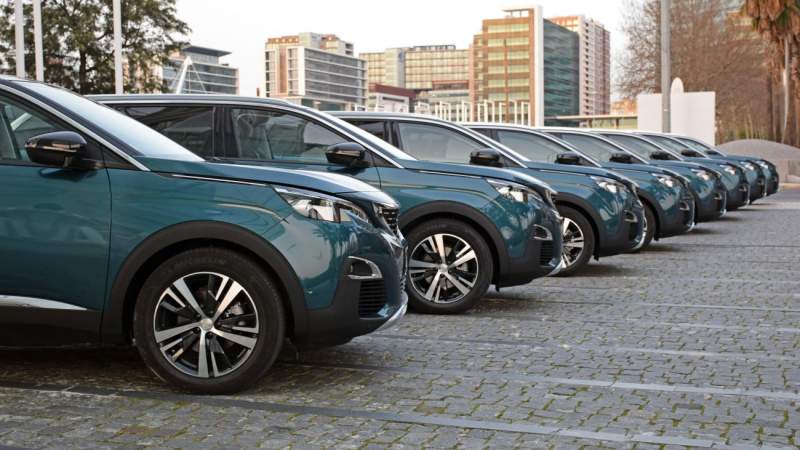