Are you shopping for a new car right now? Well, you’re one of only a few interested buyers – and that could spell great news for your wallet when you head to your local auto dealership.

Right now, U.S. automakers are experiencing a sales slowdown. And that trend is expected to continue. As fewer people buy brand-new cars, competition among dealerships will only intensify. But there’s one type of vehicle that is seeing sales: SUVs.

The SUV market is attracting buyers and making sales unlike any other segment of the auto industry. But as more and more dealerships compete for these sales and new models begin crowding the already busy SUV market, you may be able to save a lot of money.

For years, the U.S. auto industry has seen impressive sales. More and more people were buying new cars, and sales climbed year after year. But all of that is changing now. Auto sales are falling, and they’ve fallen 3 percent in 2019 alone.

The decline has been rapid. American drivers have turned away from passenger cars, and they’ve stopped buying new cars thanks to climbing interest rates and the increasing prices for new vehicles.

Passenger cars like sedans have long been popular – and until recently, they made up more than 50 percent of new vehicle sales in America. But in the first quarter of 2019, passenger saw a significant decrease. They now make up just 30 percent of all new vehicle sales.

And according to Bob Carter, the head of Toyota’s U.S. sales, passenger cars are expected to fall even farther.

SUV sales, however, aren’t declining. In fact, they’re actually rising in the midst of the auto sales slowdown. Drivers are choosing SUVs of all sizes over passenger cars, and that’s created a new demand in the auto industry.

As drivers continue to choose SUVs over passenger cars, automakers are taking notice. And they’re creating new SUV models to try to meet demand and attract new customers to make up for their falling sales.

And in 2020, there are more SUVs coming to market than ever before. In 2017, there were 65 mainstream SUV and 53 luxury SUV models available. It’s expected that by 2023, there will be 90 different mainstream SUV and 90 luxury SUV models. As Fred Diaz, the U.S. chief executive of Mitsubishi, says, the SUV market will become “hyper competitive” as more SUVs from different automakers compete for customers’ money.

But this increased competition could be a great thing for you. More intense competition could result in automakers and dealerships offering high incentives on new SUVs. As automakers fight to make their SUVs the most appealing to customers, you could reap the rewards with discounts, offers, and incredible incentives.

As increasingly more new SUV models flood auto dealerships year after year, buyers are going to have more choices than ever before. And dealerships and automakers will need to make their SUVs stand out in order to make sales.

One of the easiest ways to stand out? Offer customers high incentives that make it affordable to buy a new SUV.

And auto experts told Reuters that automakers who don’t have new, hot models will likely stand out by offering steeper discounts. If you’re able to find and take advantage of these great incentive offers, you could potentially get a great SUV for far less than its price tag.

Auto manufacturers are constantly testing out new pricing and aggressive sales online before they launch them at your local dealerships. So, if you search online, you may be able to find even better incentives and deals. You can also compare all of the offers you find to ensure you’re getting a low price and good value.

And don’t forget to keep looking if you’re in search of a good deal. Auto incentives and offers change frequently – and often. The deal you’re waiting for could appear at any time. 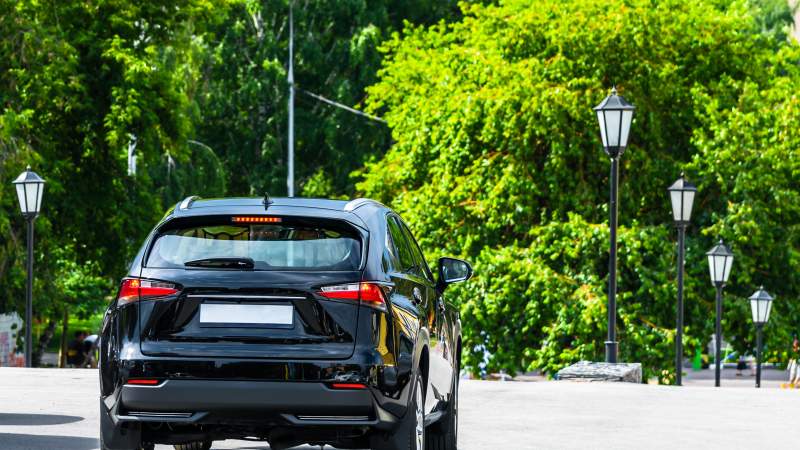