Auctions aren’t for the faint of heart. When they go right, bidders in an auction can walk away with a new prized possession that they purchased at a fraction of its true value. However, when bidding occurs in a frenzy, prices in an auction can quickly skyrocket to unreasonable levels and the winning bidder can be left paying way too much money for an item. But when the car is a rare collector’s item, sometimes the cost doesn’t matter.

One recent auction involved a 1956 Mercedes-Benz 300SL Gullwing that had only 32,276 miles on it. The online auction house called BringaTrailer.com sold the vehicle for an amusing final price of $1,234,567 following an auction that lasted 21 days, garnered 17 bids and led to more than 1,100 online comments. It was also a marketing tool for their new “White Glove” online auction service.

While $1.2 million is a lot to pay for any car, the Mercedes-Benz 300SL Gullwing had been completely overhauled, with its engine rebuilt to factory specs and new fuel and oil lines added. It also closely resembles the #417 Graphite Gray Gullwing car that John Fitch drove to fifth place overall and first in class at the 1955 Mille Miglia – a sentimental appeal to folks who appreciate the late great American race car driver.

But still, $1.2 million clearly illustrates the irrational exuberance that can drive prices up during an auction. The sale also demonstrates the growing popularity of internet auction houses that cater to high-end car collectors who have deep pockets and are willing to go to extremes to get their hands on a coveted vehicle. Other popular online auction houses that specialize in car sales include eBay Motors, Dashub, and Salvage Bid. The house known as RM Auctions, a division of Sotheby’s, is the world’s largest high-end collector car auction house.

The appeal of online auction houses is related to both fees and service. In the case of BringaTrailer, they used the auction of the Mercedes-Benz 300SL Gullwing to promote their new White Glove service that provides professional photography of a vehicle, an accompanying video, advertisement copy writing services, and a direct line of communication with Bring A Trailer staff. Auctions held to sell cars through the White Glove service last 21 days instead of the standard seven days and offer a more in-depth look at the cars on offer.

BringaTrailer is hoping that its White Glove service and the recent high price at which the 1956 Mercedes-Benz 300SL Gullwing car sold will attract other wealthy clients who are looking to offload rare and unique vehicles to collectors. BringaTrailer has been in the auction business for a while now, and specializes in classic and unique cars.

People looking for rare vehicles should, by all means, checkout BringaTrailer. Just be sure to have a maximum price that you’re willing to pay and stick to it, because even online auctions can get heated fast! 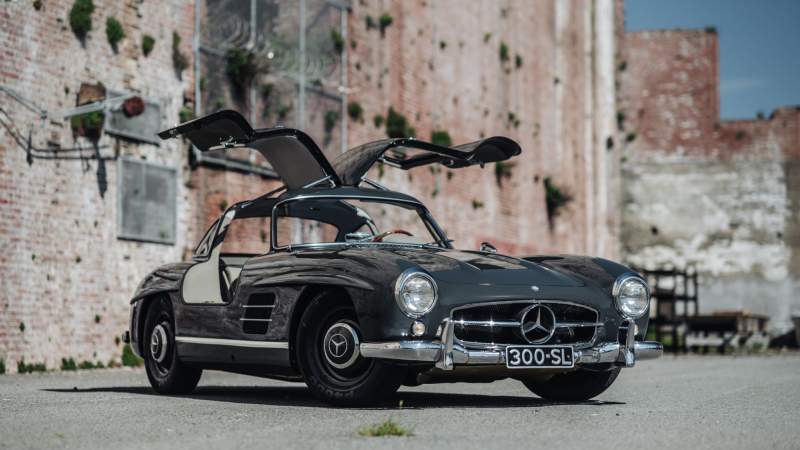