Chinese electric vehicle maker Nio has unveiled its new flagship ET7 sedan. Amazingly, it boasts a range of 600 miles on a single charge.

The ET7 is now the longest-range EV in production. Nio aims to take on American rival Tesla (and other more established automakers) with the ET7. It also has a swappable battery, multiple autonomous driving features, and over 600 horsepower.

In media materials, Nio reveals that the ET7 has a 180-kW permanent magnet motor up front and a 300-kW induction motor in the rear. The sedan will produce 644 horsepower and 627 pound-feet of torque, and can go 0-to-62 mph in just 3.9 seconds.

The 150-kWh solid-state battery is still in development, though. That version is expected to finally go on sale in 2022. Owners of the other ET7 models will be able to upgrade to the 150-kWh battery when it arrives, if they want..

The first ET7s will be delivered in China in 2022 with a starting price of $69,000 and $78,000 for the 70-kWh and 100-kWh models. The forthcoming “Premier Edition” with the solid-state battery will cost $81,000. Nio also said it plans to have 500 charging stations operational across China by the end of 2021. North American customers hoping to snag a ET7 for themselves have been left a little bit in the dark, though. Nio hasn’t announced any plans to sell the ET7 in the U.S. yet. 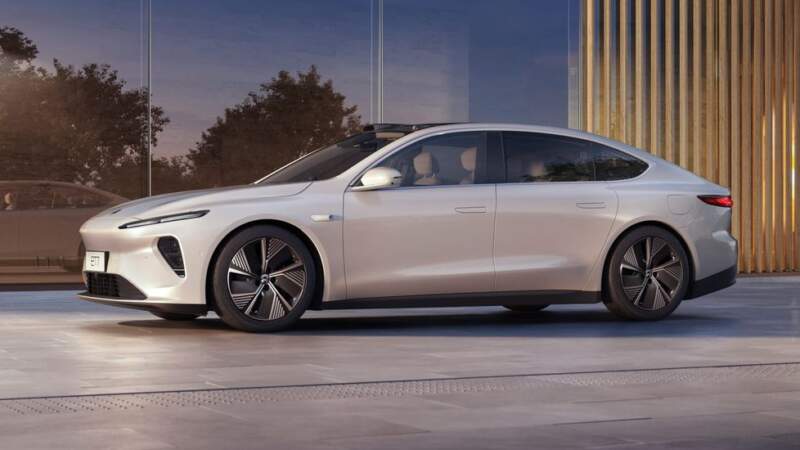