Looking to Buy a Truck? These Are The 5 Best-Selling Models In 2017

Transmission options depend on the trim and include a five-speed manual, six-speed manual, and six-speed automatic. Of all the trucks on this list the Tacoma is the only one to offer manual. Four-wheel drive is available across all trim levels. Because it’s a mid-size pickup, the Tacoma offers less cabin space than other trucks on this list. It also suffers a bit in the towing department, with a max tow load of 3,500 pounds, although that can be bumped up to 6,400 pounds with the optional V6 Tow Package.

While the Tacoma may lack brute strength, it’s certainly no softie. There are several TRD off-roading variants available, and a GoPro windshield mount comes standard on all trims. Another part of the Tacoma’s appeal is its resale value. In Kelley Blue Book’s 2017 Best Resale Value Awards, Toyota’s mid-size truck took the top spot. 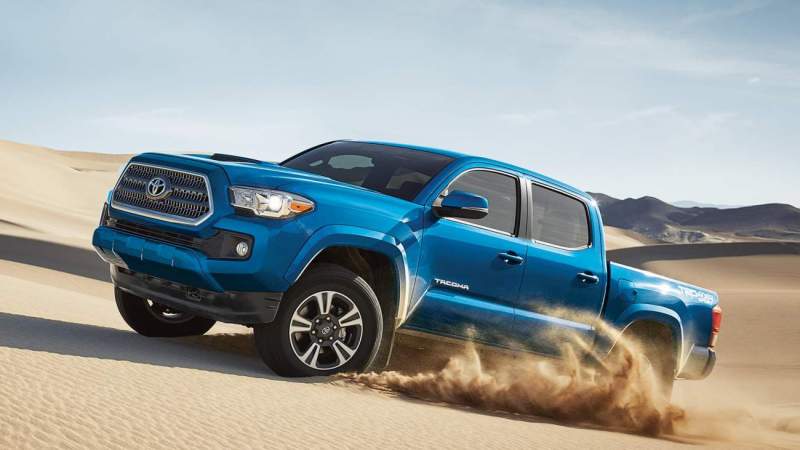