Learn Where You Can Donate Your Car

In 2003, a report to the U.S. Senate Committee on Finance estimated that 733,000 Americans had claimed deductions on their taxes as a result of vehicle donations. Given the new cars being released every year, this should come as no surprise.

There are a variety of reasons why you might decide to donate your vehicle. Maybe you’re replacing it and don’t want to go through the hassle of selling it, maybe you want the deduction on your taxes, or maybe it doesn’t run and you’re tired of your vehicle taking up space. No matter why you’re donating, it’s important to understand the advantages and disadvantages of each option before making your decision.

This is what usually comes to mind first when people think of donating. Charitable organizations across the United States take vehicle donations both for their own use in charitable activities and to give away to people in need of transportation. In some cases, these vehicles are sold in large quantities at very low prices.

The way United States tax law handles the issue of vehicle donations allows charities to pocket the price of the vehicles and give deductions for the value they received at auction.

This presents a problem if you’re donating purely for a tax deduction — in some cases, the amount of money you save on your taxes is equivalent to the price paid to the charity when they sold the car. These prices are often far below the actual market value, and so it’s a good move to check ahead of time and see how your vehicle is going to be valued by the organization. Charities that use the vehicles themselves often give bigger deductions. Audits are very common when claiming non-cash donations, so be sure you have your documentation fully available for the year’s IRS forms.

That said, there are definite advantages to donating your vehicle. In most cases, there are options wherein the charity will pick the vehicle up with a tow truck and take it free of charge. For someone with a car that doesn’t run and without access to a tow truck, this can be invaluable. Be aware that the money to pay the towing service will likely come from the charity’s own funds and may infringe on your deduction.

Donating your car to a junkyard has more immediate benefits — the vehicle is usually paid for with a small sum of cash and the vehicle is crushed or repurposed for scrap metal. If you’re trying to make money immediately, a junkyard can be a great avenue for donation.

That said, you won’t get nearly as much for it as it’s worth. In fact, junkyards will usually cap their payments at $200 — because the vehicle is used for scrap, it’s worth its weight and won’t get anywhere near market value. This scrap is usually sold for a profit by the junkyard. These vehicles do NOT qualify you for tax deductions and are considered a sale rather than a donation.

Like giving to a charity, junkyards will often pick up the vehicle once it’s been offered. This minimizes the amount of effort that you need to do once you’ve made the decision to give it away.

This method is by far the least informal and has the potential for audits but is still common across the United States. If you have a friend without a car and you don’t need yours, or if you know a family whose car broke down, you can give them your vehicle directly.

There’s a decent amount of paperwork involved, and you’ll need to sign over the title. Every state has different tax policies regarding the gifting of vehicles, so it’s valuable to check your state’s laws before you sign anything over. The IRS also states firmly that gifts are not considered deductible unless they are made as “deductible charitable contributions.”

Overall, gifting a vehicle is the best option only if you already have a recipient in mind. It has the benefit of avoiding potentially fraudulent for-profits capping your deduction and selling your vehicle whilst still maintaining the spirit of charity.

Each method of giving a vehicle away has pros and cons. The final decision will likely come down to a matter of personal preference — that said, it’s important to know every option when you’re making the choice. There may be more potential recipients, so make sure you do the research as you work forward to donating your vehicle. 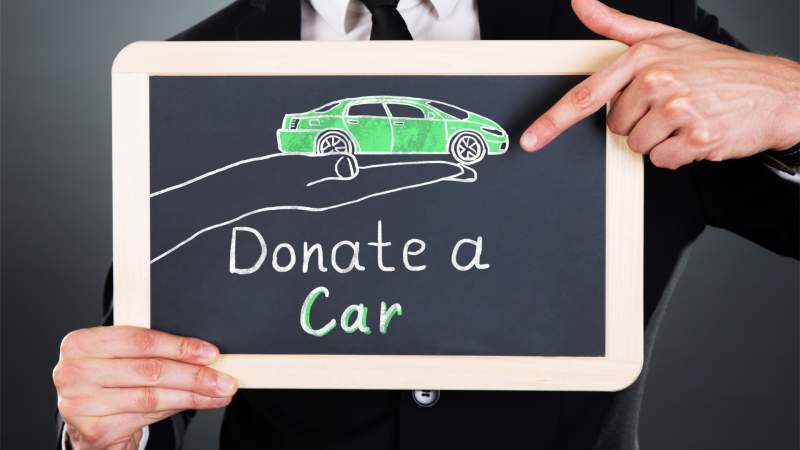