As modern technology continues to advance at rapid rates, the neat gadgetry we find in our vehicles also increases. Whether it’s advanced safety features, semi-autonomous driving, or just modern conveniences like backup cameras or wireless smartphone charging, our vehicles are becoming more and more technologically impressive (and complicated) with every passing year.

Some of these new conveniences come with unexpected side effects, though.

For example, many newer cars sport a feature known as Keyless Entry. On the surface, it sounds wonderful. By just having your key fob somewhere on you (in your coat pocket or purse, for example), your car doors will unlock when you pull the handle. Basically, it uses radio frequencies to sense that the owner is really there. Cool stuff, right?

A recent video from What Car? on YouTube shows that some manufactures don’t do much to make their Keyless Entry systems very secure. While the video goes into more detail, and we recommend you take the time to watch it, here’s a very basic breakdown: The fob emits a code that is picked up by sensors in your car, allowing the doors to unlock. That code can also be picked up by scanning devices, and then cloned or replicated. That cloned code can be used to gain entry into your car. If your car also features push button start instead of a traditional key, the same process can be used to start your car and drive it away.

In their video, What Car? proves that some models can be stolen easily in under a minute.

In an accompanying article on their website, the U.K. auto blog goes into even further detail. They discuss “smart keys” which can be deactivated, either with a switch or with an app. There are also some key fobs that use motion detectors to stop emitting the code when sitting still. That means potential thieves won’t be able to scan your fob while your keys are hanging up inside your front door.

If your car has Keyless Entry and/or Push Button Start, it might be time to think about taking steps to ensure your car isn’t whisked away in the middle of the night. A steering wheel lock remains one of the best ways to deter thieves. 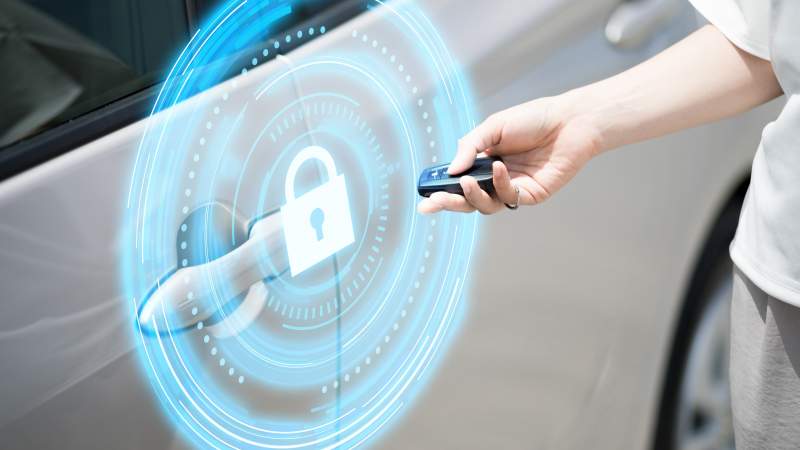