It’s Not Easy Being Green: Breaking Down The Different Eco-Friendly Driving Options

When you hear the term “green” in reference to vehicles, what typically comes to mind? Most people picture a Toyota Prius, since it’s one of the more popular green models. At the same time, there are so many other green vehicles on the market, or currently in development. Distinguishing between all these different types of eco-friendly vehicles can be tricky.

To help you better understand what your alternative fuel options are, we’ve put together this quick guide on the different types of green vehicles. We’ll give examples in each category. You will see there is quite a bit of selection already, and even more choices coming soon to a dealership near you.

Keep reading to learn more about the different kinds of green vehicles available. You’ve probably seen many of them on the road already but just didn’t recognize them.

One of the most common — but often overlooked — types of hybrids are the partial zero-emissions vehicles, also known as PZEVs. If you’re a Subaru owner, you’re probably already familiar with this designation, since most Subaru models have a PZEV badge. Mazda, Volkswagen, Honda, and Ford also have PZEV in their lineups. In fact, per the EPA, “by 2025 all cars sold in America will be PZEVs.”

PZEVs are defined as an “automobile that has zero evaporative emissions from its fuel system, has a 15-year (or at least 150,000-mile) warranty on its emission-control components, and meets Super Ultra Low Emissions Vehicle (SULEV) tailpipe-emission standards.”

With that in mind, it’s easy to think that PZEVs are fuel efficient as well. After all, that’s one of the key benefits of a “green” car, right? However, the PZEV badge doesn’t necessarily equate to higher fuel efficiency ratings. It just means the air coming out of the tailpipe of your PZEV is cleaner than non-PZEVs. These cars still run on regular gasoline though. It just does so more efficiently than cars that a decade or two old.

As we mentioned, Subaru is a brand with many PZEVs. If you’d like to learn more about how Subaru’s partial zero-emissions vehicles work, check out this link. And if you’re shopping for a new car, look for that PZEV badge or ask a sales associate. PZEVs are more common than you might think!

A plug-in hybrid model relies primarily on an electric motor for power, but it can also use a small gas-powered engine if necessary. The idea with a plug-in hybrid is that you use the electric motor for the majority of your driving time. You only revert to gas power when you find yourself low on battery. While PHEVs aren’t necessarily fuel efficient in terms of combined miles-per-gallon savings, they will save you at the pump. This is especially true if you travel only within the suggested range and charge between trips. Some drivers who work locally may never actually need the gas-powered motor.

Real-life examples of plug-in hybrids are nearly as popular as any other nameplate. Cadillac’s ELR is a stylish example of the future of automotive technology, while the Toyota Prius Prime continues to hold the PHEV torch. Chevrolet’s Volt is a plug-in hybrid, not to be confused with the Chevy Bolt, which is a full-electric or all-electric model. The Kia Optima and Niro, Hyundai Ioniq, and Volkswagen e-Golf are just a few popular plug-in hybrid models.

Let’s start with a few examples of full electric vehicles that are available for purchase today. This will give you a better idea of what an EV looks like. Beyond a few minor details, there’s not actually much difference between an EV and a “traditional” car, in terms of exterior look.

Tesla is a large contributor to the EVs list. The Models S, X, and 3 are all electric vehicles, along with Chevy’s Bolt, the FIAT 500e, Nissan’s Leaf, and the Jaguar I-Pace. Take one ride in the FIAT 500e and you’ll quickly realize why going full electric might not be such a bad experience. Especially if you enjoy planting that right foot.

One of the early complains about EVs were a lack of power. Many models, especially the 500e and Tesla’s trio, are putting that worry to rest. These things can move! If you need more convincing, check out the Lotus Evija or the Porsche Taycan.

As you might have already pieced together, all-electric vehicles run fully on electric power. The downside to this is that once those batteries are depleted, the car ride comes to an end. However, EVs have more room for batteries, since they don’t need make space for a normal engine. That means EVs offer a longer electric-only range than plug-in hybrids. The best EVs these days can drive around 350 miles before the battery needs more juice. Also, EVs produce no tailpipe emissions. That means the air we breathe stays clean — a strong motivation for many EV buyers.

Honda is making strides ahead of the competition in the alternative fuel arena, especially with the Honda Clarity. Available as either a plug-in hybrid, all-electric, or fuel cell vehicle, the Clarity is the first to encompass all three major areas of green vehicles. To learn more about the other types of alternative fuels available, and on which models they’re featured, keep reading.

While automakers are already experimenting with different kinds of fuels, here are just a few that you might not have known about:

Hydrogen: The Honda Clarity, as we mentioned, is available as a fuel cell, which “takes hydrogen and oxidizes it to create an electrical charge, which is then channeled into a battery and used by electric motors.” While it’s not necessarily a new technology in the automotive sector, it is becoming more widely available.

Ethanol: Known in layman’s terms as E85, ethanol is often used by Subaru drivers to gain more power from their souped-up engines. Vehicles labeled “Flex Fuel” can also use E85 to boost emissions without having to worry about some of the side effects that plague the aforementioned Subaru speed wagons.

Biodiesel: You might think of biodiesel as the E85 of the diesel world. Available more commonly than you might have first though, biodiesel can be pumped straight or as a blend. Like Flex Fuel vehicles, you won’t need any modifications done to the fuel system in order to run biodiesel.

Propane: We typically think of propane when we grill up some tasty burgers on the BBQ. If you work in the shipping industry, you’ve probably used a propane-powered forklift to move around materials. However, vehicles powered by propane aren’t as widely available as propane-powered grills. This alternative fuel burns at a higher octane with cleaner burning properties but like many other alternative fuels, refilling stations aren’t as common as they could be.

If you’re interested in learning more about alternative fuels that are available on current models, check out this link. You may find that there are more options for a green vehicle than you first thought!

As you can see, automakers are already working to power their models with alternative fuels. Take a trip to your nearest dealership to check out these green cars. Every major car maker has at least one hybrid model by now. Many of them are already offering some fully electric or other alternative models too. Although they might still seem futuristic to some people, these vehicles will quickly become as popular and widely used as any other gas-powered icon. What alternative fuels do you see yourself using to commute? 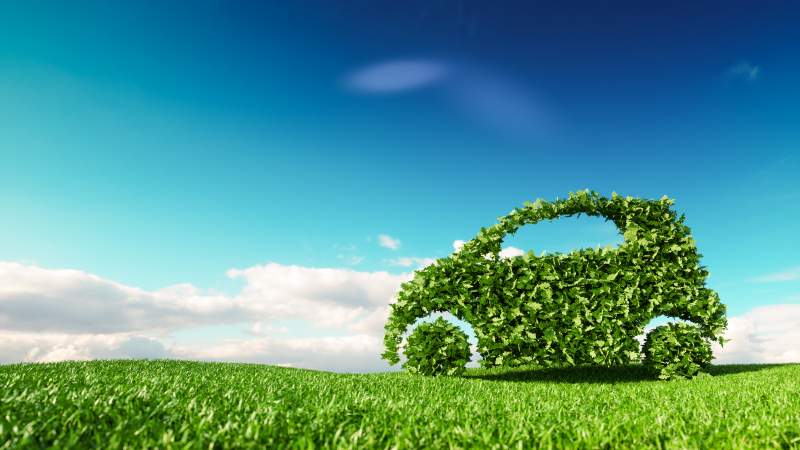