Tesla unveiled the refreshed Model S last September. They officially put the automotive industry on notice with the “Plaid” trim. According to Tesla, the Model S Plaid will be the first production car to do 0-to-60 mph in 1.99 seconds and clock the quarter mile in 9.3-seconds. All while offering seating for five and a curb weight of 4,766 pounds. It’s worth noting that even though these figures are eye-popping, Tesla’s performance claims have proved to be accurate in the past. Those still seeking to verify the Model S Plaid’s bonafides can watch it lap the Laguna Seca Raceway in just 1:30.30.

If that somehow isn’t enough performance, the Plaid has an even more powerful sibling in the making — the Plaid+. That version is expected to arrive in late 2021. According to Tesla, the Model S Plaid is expected to start rolling off the production line in March 2021. Before you rush to place your order, here’s everything you need to know about the new Model S Plaid.

The Model S Plaid has a slightly refreshed exterior. You’ll notice some performance-focused features that include a lower front splitter, flared wheel arches, wider wheels and tires, wider side skirts, a ducktail spoiler, and a rear diffuser. This Model S also gets a new performance-focused chassis, with larger brakes and new high-performance dampers.

Arguably the biggest change is the new interior dash layout. It comes complete with a new 17-inch center-mounted infotainment touchscreen in landscape mode, a new digital gauge cluster, and a new steering wheel that looks like it was ripped from an airplane. Some attempted to roast the new steering wheel on social media. Others loved it. The Model S Plaid is also driven by a new tri-motor drivetrain that comes with an updated long-range battery pack.

Exterior Styling: More of the Same

Tesla’s design motto appears to be, “If it ain’t broke, don’t fix it!” Only a few minor tweaks have been made to the new Model S. Its body now has cleaner, more fluid lines. It also has a revised front bumper and a newly standard (and very large) glass roof. As previously mentioned, the Model S Plaid is slightly different from the base Long Range model in that it packs those performance features. Thanks to these exterior updates, the Model S Plaid boasts an impressive drag coefficient of 0.208. If Tesla’s claims (and math) are correct, that makes it the most aerodynamic car in the world.

What’s Under the Hood: Power and Range in One Package

The Model S Plaid is driven by three electric motors that are linked to a large floor-mounted battery. One motor is positioned at the front axle, while the other two are mounted at each rear wheel. They deliver a combined peak output of 1,020 horsepower, which powers the Model S Plaid to a top speed of 200 mph. Yes, that’s a LOT of power.

When its battery is fully charged, the Model S Plaid offers a driving range of up to 390 miles. During the launch last year, Tesla claimed a total driving range of over 520 miles thanks to the development of a more efficient battery. However, according to Electrek, the Tesla Model S Plaid will not be using that new battery yet. Instead, it’s equipped with an upgraded version of the battery pack featured in the previous Model S. The Plaid+ model, however, is expected to feature the new battery. So you might want to wait for that, if range matters to you.

The charging specifications for the new Model S Plaid have not been reveled yet. However, they are likely to match previous models. That means a full charge will take six-to-nine hours using an at-home wall connector charging station.

What’s Inside: A New Screen and Steering Wheel

The Model S Plaid offers a practical and refined cabin with futuristic design cues. Gone is the large portrait-style touchscreen display that was pinned to the center console. The Model S Plaid boasts a 17-inch ultra-bright touchscreen in its place. There’s also a smaller touchscreen display for rear occupants mounted to the back of the center armrest. There is a new digital gauge cluster behind the steering wheel that shows real-time driving data in vivid graphics and illustrations. And then there is the steering wheel. It is arguably the most conspicuous feature in the cabin, both in design and the fact that there are no shifter stalks of any sort protruding from it.

Aside from the steering wheel and screens, the rest of the cabin is mostly business as usual. A wood-veneered ridge runs across the dash from door-to-door. Plush leather trim runs adjacent to the wood. The center console also gets the smooth wood trim. That console incorporates wireless charging pads and a storage bin. The center console is also equipped with USB-C charging ports and power outlets. According to Tesla, the Model S Plaid’s battery can fast-charge laptops and tablets.

The Model S Plaid offers plenty of space for adults in both rows. There is a stowable armrest in the back, complete with more integrated wireless charging and storage. In terms of cargo storage, the Model S Plaid offers a sizeable front trunk (or frunk) that can hold a large shopping bag. It also offers up to 28 cubic feet of cargo space with the rear seats folded down

The 17-inch touchscreen infotainment system is expected to offer Apple CarPlay and Android Auto compatibility, at a minimum. It might also be able to play video games like The Witcher 3 (although that has yet to be confirmed). That said, Tesla already gives drivers the ability to watch Netflix, Hulu, and YouTube, so adding video game functionality seems like a logical next step. While the full details and capabilities of the new infotainment system have yet to be announced, we do know that the Model S Plaid comes equipped with a new 960-watt 22-speaker premium sound system with active noise cancellation technology. So it goes fast and rocks hard.

The Model S Plaid offers a bevy of safety and driver assistance features. Drivers can add Full Self-Driving Capability for $10,000 extra. That’s a steep price to pay, but the package does include some nifty tech. There’s Autopark, which automatically steers the car into a detected parking space when activated. Then there’s the accompanying Summon feature, which enables the Model S to drive itself out of parking spots. The Model S Plaid also has an automatic lane change function designed to minimize driver error when switching lanes. Of course, the Model S Plaid offers Autopilot, autonomous driving technology that can safely guide the car off the highway and onto the ramp leading to the freeway and handle merging into traffic.

[Editor’s note: Both “Autopilot” and “Full Self-Driving” are Tesla marketing terms. Neither one means the car should be operated without a human driver ready to take over full control at any moment.]

The Tesla Model S Plaid starts at $119,990. The Plaid+ will ring up at $139,990. It’s worth pointing out, though, that those prices are before any government rebates you might receive for buying an electric car. Those discounts will vary by jurisdiction.

The Tesla Model S Plaid is a car for anyone who both cares about the environment and like to go fast. Or maybe you just like to have the trendy new thing in your driveway to impress the neighbors. While the Model S Plaid offers more performance than most people will ever need (and packs a premium price), it’s still extremely practical. Tesla is still the company to beat when it comes to electric cars. The Model S is still the segment’s standard-bearer. 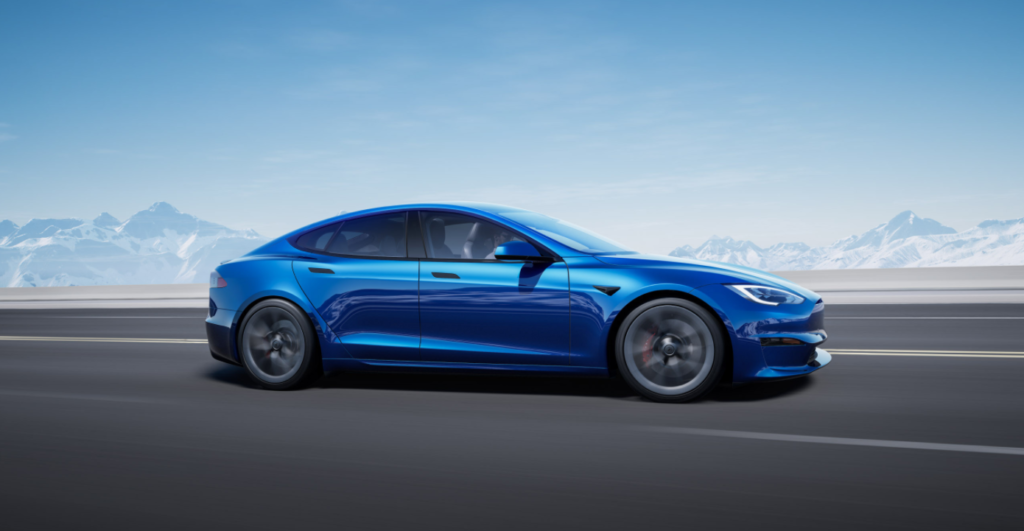