The 2021 Ford F-150 Tremor: Everything You Need To Know About Ford’s New Off-Road Truck

Ford is expanding its profitable truck line-up with the addition of a new off-road “Tremor” model for the F-150 pick-up. The 2021 F-150 Tremor, announced on December 8, features all-terrain equipment upgrades and several new features and unique design elements. The specialized off-road package, which is also available on the F-250, F-350 and Ranger, adds lifted suspension and all-terrain tires to give the trucks more off-road capability.

The latest expansion of Ford’s line of pick-ups should come as no surprise. The F-Series trucks are a huge money maker for the Detroit automaker. In fact, they generate most of Ford’s profits and about $42 billion in annual revenue. Ford’s total automotive revenue in 2019 was $143.6 billion.

The Tremor is technically just another trim of the F-150. Plus the truck already has a FX4 package, which is marketed for off-roaders. However, that’s merely an optional package on various F-150 trims. The Tremor is taking things one step further, by being a trimline all on its own. It’s truly appealing to hardcore off-road enthusiasts. Here is a look at what we know so far about the 2021 Ford F-150 Tremor.

All versions of the Tremor are four-door SuperCrew models with a 5.5-foot box. The Tremor’s front end is bolder than other F-150 trucks, with a bulging hood, a blacked-out grille and a black Ford oval badge with orange accents. There’s also a front skid plate. The orange is also found on the two front recovery hooks, “Tremor” rear fender graphics, and front fender and tailgate badging. The orange trim is also found in the interior on the seat stitching, floor mats, instrument panel, center console and doors. The Tremor package includes six auxiliary switches above the rear-view mirror for added accessories such as winches and lights. 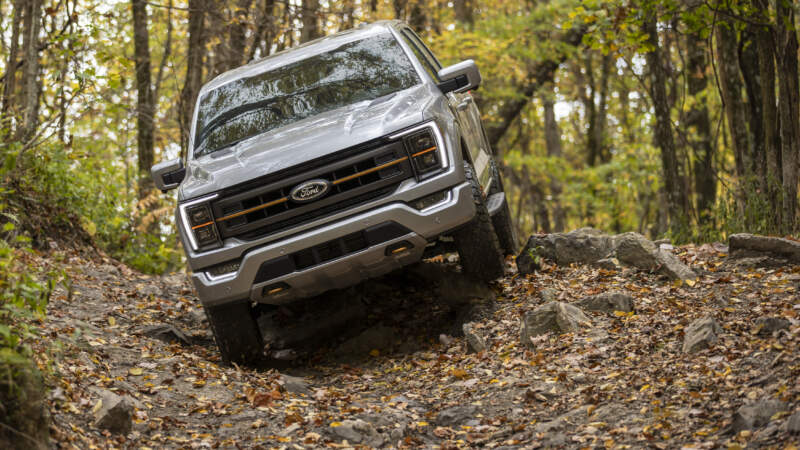 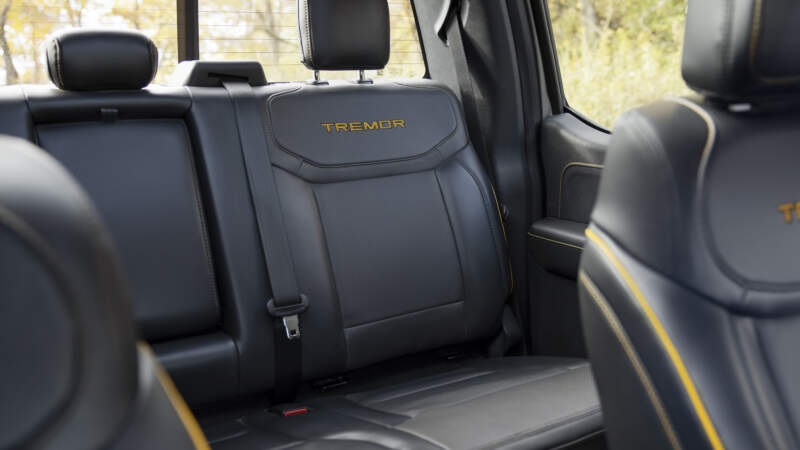 The F-150 Tremor will employ Ford’s 3.5-liter EcoBoost V-6 engine that produces 400 horsepower and 500-pound feet of torque, and it will be paired with a 10-speed automatic transmission. In terms of performance, the Tremor can tow up to 10,900 pounds with a maximum payload of 1,885 pounds. Additionally, a 2.0-kW onboard generator is available with dual 120V 20A outlets in the bed.

The Tremor edition of the F-150 also comes with an upgraded suspension and brand-new shocks. The rear axle is equipped with a locking differential and its four-wheel-drive transfer case is borrowed from the F-150 Raptor. A set of matte-finished 18-inch wheels are wrapped with 33-inch General Grabber all-terrain tires that should facilitate some serious off-road action. Retuned springs provide an extra 1.2 inches of ground clearance, bringing the total to 10.9 inches.

The Tremor is expected to come in three versions, with different equipment available as standard on each. A new 12-inch horizontally oriented touchscreen and 12-inch gauge cluster are standard on the highest two models. The Tremor brings some new off-road technologies to the F-150 lineup as well, such as enhanced Trail Control, Trail One-Pedal Drive, and Trail Turn Assist. These off-road features will also be on the 2021 Ford Bronco that’s due out next year.

You can get all three technologies as part of the optional “Ford Trail Toolbox.” Trail Turn Assist applies brakes to the inside rear wheel to make tighter low-speed turns, allowing this big vehicle to better pivot in a tight space. Meanwhile, Trail Control operates like an off-road cruise control system. F-150 Tremors also benefit from a Rock Crawl drive mode. It will automatically engages the locking-rear differential, turns off stability and traction control, reduces throttle response, and adjusts shift points.

The most intriguing new off-road feature is the Trail One-Pedal Drive. Here’s Ford’s official marketing push on it:

“In harsh trail situations, a driver typically must use both pedals, modulating throttle and brake simultaneously to advance the truck and avoid damage. Trail One-Pedal Drive simplifies all that, combining those operations into activating just the throttle. Press to move forward, release to brake. The truck applies the brakes proportionally as the driver lifts from the accelerator.

That actually sounds really great, provided it works as advertised. Many off-roaders know the pain of working two pedals while trying to crawl slowly over rough terrain — even in special off-road modes. Simplifying it down to one pedal could make the Tremor a game changer.

Check out this promo video to see the Tremor in action.

Ford has not yet released pricing for the 2021 F-150 Tremor, but it is expected to come in somewhere between $45,000 and the $53,455. That’s right around the same price as F-150 Raptor performance truck, which could see Ford somewhat competing with itself in the high end pickup segment. The Tremor is expected to go on sale next summer. Get your pre-orders in now.

Here are a few more promo shots of the Tremor. 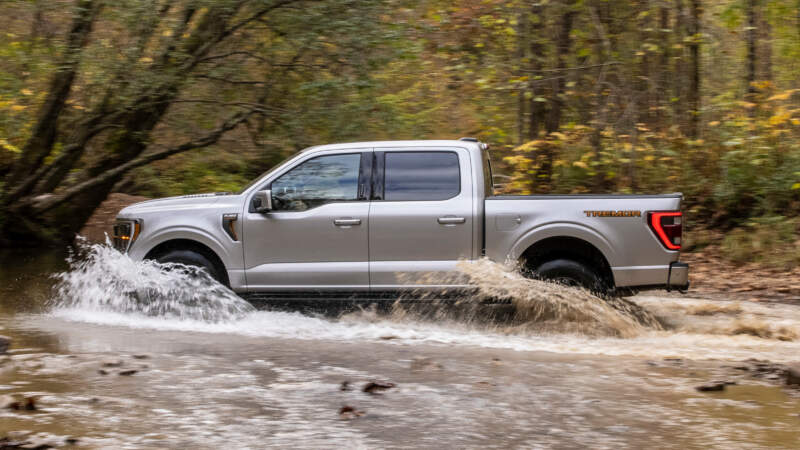 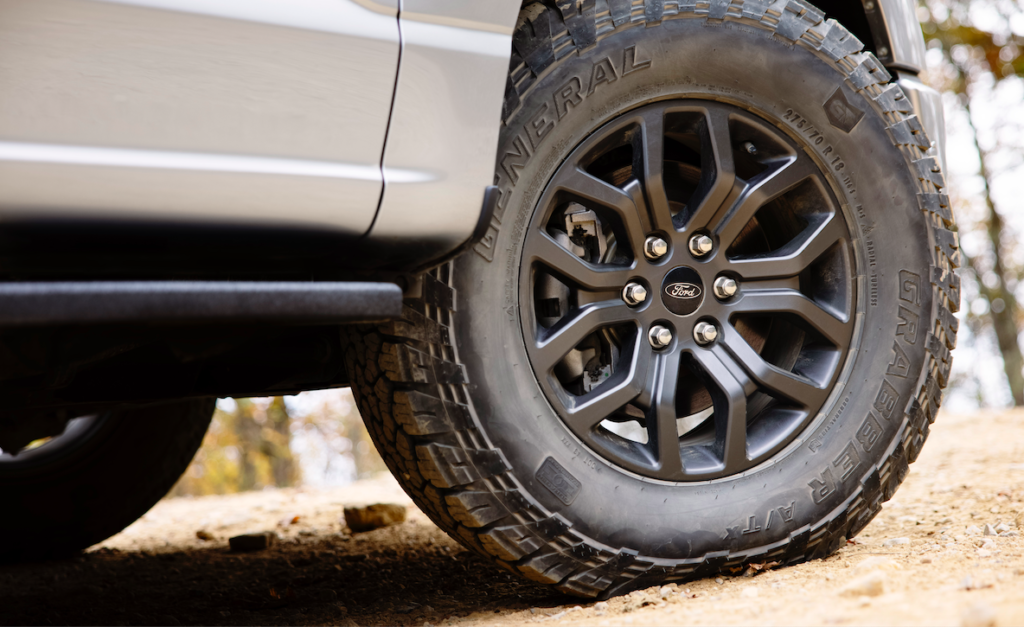