The Nissan GT-R — which gearheads affectionately refer to as “Godzilla” — was a revelation when it hit the market in 2008. The Japanese supercar-killer offered 480 horsepower, a 0-60 mph time of 3.3 seconds and impeccable handling, all at a starting price of $70,000. A lot has changed since then, but the Nissan GT-R’s value proposition has remained the same. That’s not necessarily a good thing, though.

The GT-R still offers plenty of performance, power and a modicum of practicality, but Godzilla is starting to show its age in the luxury and tech departments. It’s also gotten a lot more expensive, especially at the top of the range. Whether you’re on the hunt for a supercar killer or are just curious to know if Godzilla’s still got it after all these years, continue below to learn everything you need to know about the 2020 Nissan GT-R.

The 2020 GT-R is the opposite of a sleeper car. The GT-R has a muscular design that screams “race car,” especially in the back where its massive rear wing and brawny quad exhaust reside. At 185.4 inches, the GT-R is an inch longer than the 2020 Nissan Rogue, which means passengers (at least those up front) are given some space to move about the cabin. Unfortunately, the GT-R is as heavy as it looks, with the lightest trim level (the NISMO) boasting a curb weight of 3,865 pounds.

Under the Hood: A Minimum of 566 Horsepower

All Nissan GT-Rs come equipped with a twin-turbocharged 3.8-liter V6. That engine is available in two tunes: the first produces 566 horsepower and 467 lb-ft of torque and the second makes 600 horsepower and 481 lb-ft of torque. Regardless of the output, all GT-Rs are equipped with a six-speed dual-clutch automatic transmission with manual shift mode and downshift rev matching. Power is sent to all four wheels.

According to Nissan, the GT-R will do 0-60 mph in 2.5 seconds on its way to a top speed of 205 mph. During its testing, CarandDriver recorded a 0-60 mph time of 2.9 seconds, which is insanely fast for any non-electric vehicle, especially one as portly as the GT-R.

The Nissan GT-R deserves high praise for its ability to match just about any car on the market in a straight line. However, Godzilla wasn’t just designed for the drag strip. In its review, CNBC commended the GT-R’s road-hugging tires and all-wheel drive, noting that the Nissan is “no joke” through the corners. To further improve handling, all models are equipped with an adjustable suspension system featuring three modes. Optional performance goodies include carbon ceramic brakes, while performance-focused trims receive a wide variety of carbon fiber parts.

Despite its specs, the Nissan GT-R actually gets pretty decent gas mileage. The EPA rates the 2020 GT-R at 16/22/18 mpg (city, highway, combined). The GT-R’s highway mileage matches that of the hybrid Acura NSX, the gold standard when it comes to gas mileage for sports cars offering over 500 horsepower.

What’s Inside: A Spacious but Dated Cabin

The 2020 Nissan GT-R is as big on the inside as it looks from the outside. There’s plenty of head and leg room, provided you’re up front, with reviewers noting that the rear seats are best treated as extra storage space. The GT-R comes standard with bolstered, leather sport seats that are eight-way power adjustable and heated, while Recaro racing seats are standard on the performance-focused Track and NISMO trims. Dual-zone climate control is also standard.

The 2020 GT-R offers 8.8 cubic feet of storage space in its trunk, which is generous given its class. The rear seats do not fold down to offer more storage space, likely because there are subwoofers stuffed in between them.

The GT-R’s age starts to show when you examine its technology. Its 8-inch infotainment touchscreen looks incredibly dated, as does the gauge cluster, which is 100% analog. Nissan does offer Apple CarPlay, navigation and an 11-speaker Bose sound system standard, so it’s not like the GT-R is bereft of technology. While the GT-R is designed to be driven, its technology looks positively ancient when compared to the Porsche 911, new Corvette and Audi R8. Heck, just about any car you can cross shop the GT-R with will offer slicker and more advanced technology.

That carries over to the safety and driver’s assistance technology, too. The GT-R comes standard with a rearview camera, rear parking sensors, cruise control and…that’s it. Additional safety tech isn’t even available as an option. Nissan offers a pretty robust suite of safety technology under its Safety Shield 360 tech suite, so it’s a bit surprising to see that the GT-R offers just the bare minimum.

Pricing and Trim Levels: No Longer a Performance Bargain

There was a time when the Nissan GT-R was considered a performance bargain, a lot like the Chevrolet Corvette. The Corvette is still a bargain, with the new mid-engine C8 boasting a starting MSRP that’s just a hair under $60,000. The 2020 GT-R, though, is no longer a value. The automaker has done away with the “Pure” trim level, which was priced at just over $100,000. Now, the cheapest GT-R on offer has a starting MSRP of $113,540, while the most-expensive trim costs a whopping $210,740.

The entry-level GT-R Premium Edition has a price tag of $113,540. That money buys a 566-hp twin-turbo V6 engine and a black leather interior with suede inserts. Buyers can upgrade to hand-stitched leather seats and swap the suede inserts for leather by opting for the optional premium interior package, which checks in at $4,280.

Buyers on the hunt for a bit of exclusivity will want to turn their attention toward the 50th Anniversary trim, which features liveries that pay homage to GT-Rs from the Japanese GP racing series. Three unique paint jobs are available: Super Silver QuadCoat, Pearl White TriCoat Coat and Bayside Blue, a color scheme last seen on the iconic R34 GT-R. In addition to unique liveries, the 50th Anniversary also features hand-stitched and embossed leather front seats, an Alcantara headliner and a trim-exclusive steering wheel and shift knob trim.

The GT-R 50th Anniversary Edition offers the same power as the Premium trim and is priced according to paint color: Bayside Blue and Pearl White TriCoat have an MSRP of $123,040 and Super Silver QuadCoat rings in at $125,040.

As its name suggests, the GT-R Track edition is built for performance. The Track trim has the same engine tune as the range-topping NISMO trim — a whopping 600 hp and 481 lb-ft of torque — and boasts a carbon fiber roof and black and red leather Recaro racing seats. Buyers can boost performance further by spending $15,000 for the optional carbon ceramic Brembo brake package. The GT-R Track edition has an MSRP of $145,540.

Although it puts out the same amount of horsepower as the Track Edition, the two don’t pack the same engine: The NISMO’s turbochargers are pulled from the GT-R GT3 racer. The NISMO edition also features a heaping helping of carbon fiber: the front and rear bumpers, fenders, roof, hood, trunk, side sills and rear spoiler are all made from the lightweight material. The GT-R NISMO edition also features carbon ceramic Brembo brakes and an interior swathed in leather and Alcantara.

The GT-R is getting long in the tooth, but you wouldn’t know it under the hood. While Godzilla still roars as loud as ever, there’s no denying that Nissan’s supercar killer has lost a step (or two) when it comes to cabin quality, technology and safety features. If the GT-R wasn’t so pricey, these faults would be easy to ignore. The Premium and Anniversary editions are both worth a look, but those considering the Track and NISMO trims would be better off seeing what deals are available on 2019 models. 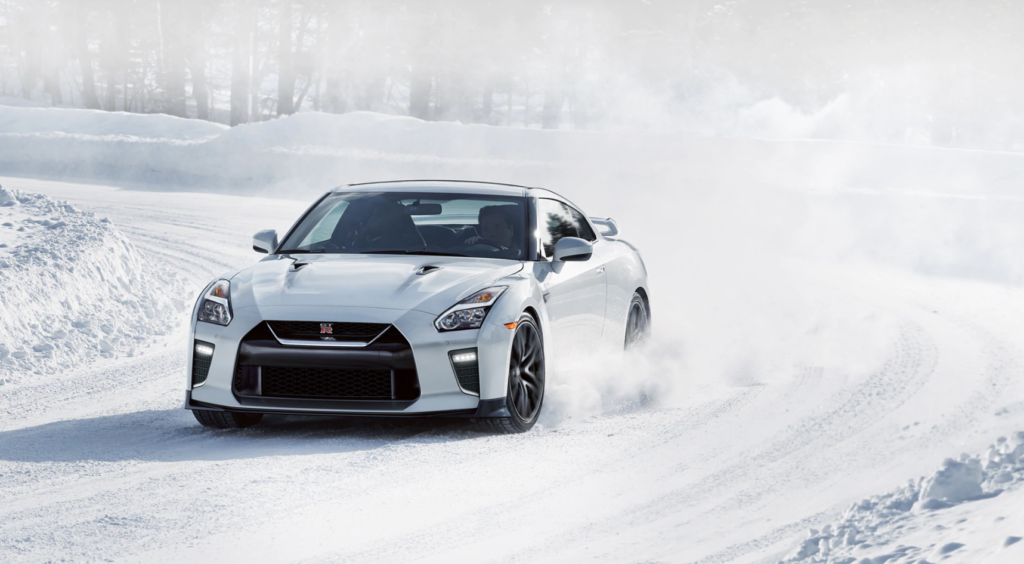