Inside the 2020 Ford GT: History in the Making

Whether you watched Ford v Ferrari for the racing sequences or simply to see the interplay between Christian Bale and Matt Damon, there’s a lot of history packed into those few hours of screen time. In the context of this article, it’s the Ford GT we will be focusing on.

This iconic American sportscar earned its way into the record books by winning the 1966 Le Mans with not one, but three GT40 models. Their triumph over Ferrari was the cherry on top of a long struggle to the finish line. You can read more about and see the victory photo on Ford’s website. However, we are going to focus on the newest GT model, still holding up that winning tradition.

Though the 2020 GT has the same basic EcoBoost engine as it did in previous years, the newest version puts out 13 more horsepower. That’s now a grand total of 660 hp. Pair that 3.5-liter twin-turbo V6 with 550 lb-ft of torque and you’ve got enough power to raise the back hair of those Hellcats. Ford’s supercar puts the power down via the rear wheels and a seven-speed dual-clutch transmission.

Head over to Ford’s online configurator tool to preview the following colors on the newest GT. Pay no attention to the price tag.

Exclusive to the 2020 model are two new paint schemes as well: Gulf Racing Heritage Livery and Liquid Carbon. The first, a throwback paint job, pays homage to the second victory of the GT40 model with a “6” instead of the “9” found on the 2019 Ford GT. However, the same blue and orange duo coats the rest of the vehicle, split only by a black pinstripe.

History buffs might enjoy the Gulf Livery option. However, it’s the Liquid Carbon choice that will please the eye of most consumers. To say the model is skinned in carbon fiber is to do an injustice to the countless hours and manpower necessary to perfecting this paint choice. You’ve heard of black cars showing every scratch and ding, right? But an imperfection in the carbon fiber? Well, it’s a bit like that perfect date, except your partner has something in their teeth. You just can’t focus on anything else, staring at it the whole time.

To capture the whole carbon fiber look, Ford has also commissioned the wheels to be made from the substance as well. Titanium lug nuts are the only metal worthy to keep those wheels on at incredible speeds. A six-point racing harness makes sure you stay in the car as well. You can also choose from five interior colors and another five brake caliper shades.

Like many supercars, there aren’t exactly trim levels so much as options, customizations, and, of course, that  outrageous price tag. The starting price is $500,000. Yes, you can have your GT and drive it too. Provided you have stellar credit, a sizable trust fund, and zero need to invest in a daily driver. Obviously, the more bells and whistles you add, the higher the price climbs.

The 2020 Ford GT is not rated by the National Highway Traffic Safety Administration (NHTSA) or the Insurance Institute for Highway Safety (IIHS). These beauties are too expensive to crash test. But if you’re able to get your hands on a 2020 GT, know that it straddles the line between street legal and race ready when it comes to safety.

CarandDriver advises consumers that “it lacks any of the driver-assistance technology that is traditionally cooked into most modern consumer cars.” Sure, you might rely on seat belts to hold you in place in case of a crash, a rearview camera to protect your back end from reversing into anything, and the cushion of a few strategically placed airbags in the event the GT gets jostled. But beyond traction and stability control and ABS, there’s little in the way of supervisory nannies. You’re basically on your own with raw horsepower at your beckon call. Which is exactly how most drivers of the Ford GT prefer it.

If you really scrolled to this section of the 2020 Ford GT review, perhaps a performance car isn’t up your alley.

However, if curiosity has you wondering, the numbers are in the teens when it comes to fuel efficiency. A quick search of the Environmental Protection Agency website shows that the 2020 GT — 660 horses and all — will only get you 12 miles in the city and 18 on the highway on one gallon of fuel. But who really cares?

Sure, it’s more than most people walk/jog/run in one day, let alone a week. But can you turn as many heads walking down the street as in a Ford GT? We didn’t think so.

Ferrari might have been Ford’s main competitor in the past. These days though, the $500,000 sportscar has quite a slew of opponents. Ford’s own Shelby GT500 gives its older sibling a run for its money. And let’s not forget the new mid-engine C8 ‘Vette. Any of McLaren’s brood could match up against the GT — the 675LT was reportedly the benchmark the Ford engineers measured their creation against.

When it comes down to it, supercars are truly about customization. It’s the fine details that one company offers over another that steer customers in a certain direction. For instance, carbon fiber’s mass popularity brings with it a large price tag. But that’s because it’s time-consuming and expensive to maintain, despite it looking so amazing that you just have to have it. Nevermind the $250,000 up-charge to pay the carbon fiber experts at Multimatic in Ontario. Those small details — like the “multifunctional buttresses” and the new titanium Akrapovic exhaust — make the GT a car which enthusiasts can’t help but admire.

There are, however, some customers who’ve tired of their Ford GT. Now, two years after many bought a GT, they’re able to sell them with Ford’s approval. Although the current $500,000 price tag might jumpstart the old ticker with a spike of adrenaline, an older model might sell for over twice as much at auction. That’s due to the limited runs of the Ford GT, which will continue into 2022. Ford plans to release only 12 Liquid Carbon models per year, with just over four times as many Heritage Editions available for purchase in that span of time. This limited availability lends itself to hyping the 2020 Ford GT.

Most of us reading about the 2020 Ford GT will probably never get to drive one, let alone own a model. In fact, all we might see of one is a blur as it speeds by us on the highway. But there’s nothing that says we can’t dream about it, right? After all, if Ford beat the odds against Ferrari back in the 60s, who says you can’t beat afford a GT somday? 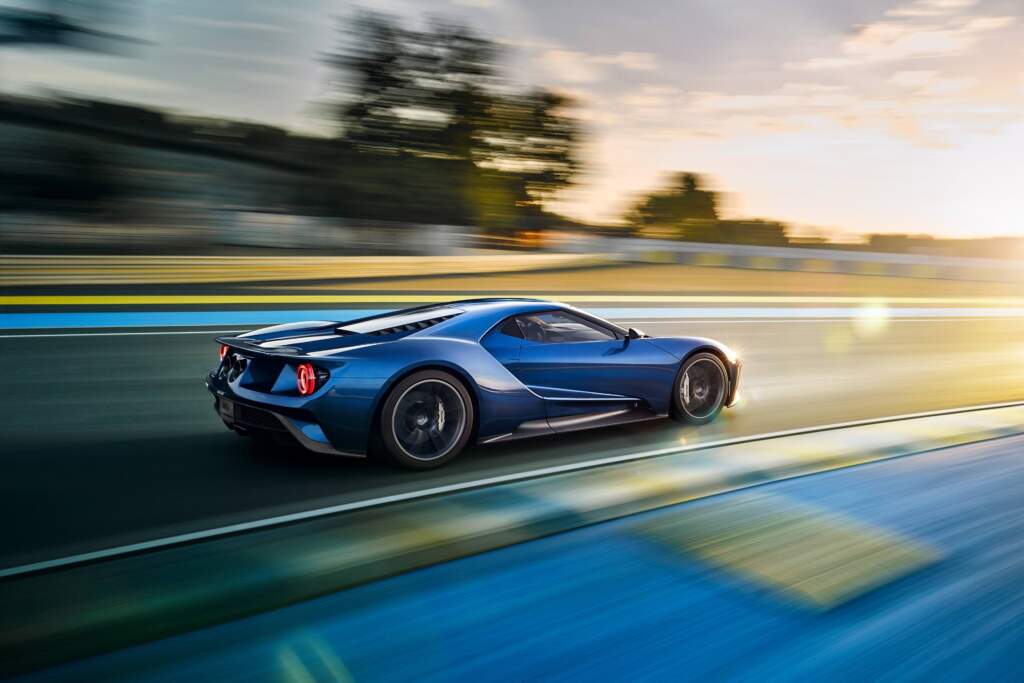