BMW’s mid-size SUV has been around since 2000. Two decades later, it’s getting a complete refresh. Yes, the X5 is all-new for 2020. The latest edition of the popular rig endeavors to be all things to all people. Sure, it’s a sporty drive but it’s also refined and luxurious.

The latest X5 lineup now includes three different models. They have been carefully designed to compete against venerable SUVs such as the Audi Q7 and the Mercedes GLE-class. Armed with turbocharged inline-six and V8 engines, impressive acceleration, and enhanced cornering, the 2020 BMW X5 is sure to appeal if you simply love to drive. On the inside, the high-tech luxurious cabin will attract anyone who has an appetite for the finer things in life. Here’s a look inside the 2020 BMW X5.

The X5 is high class both inside and out. Conservatively styled and carefully crafted, it’s an extremely handsome SUV. It has the iconic BMW grille and aerodynamic front that auto enthusiasts have come to love. There’s also oversized wheels, stylish rims, and a rounded roof that looks great with the panoramic sunroof installed.

As a mid-sized SUV, the X5 is also longer and more spacious looking than many other SUVs on the market today. While the X5 is more than capable of driving over uneven trails, dirt roads, and gravel, the exterior appearance gives more of a luxurious feel than one of rugged determination. This is an SUV that would look good shuttling people to the downtown opera house. It’s sure to cause envy wherever it’s parked, though

The X5 40i models are available in both sDrive (rear-drive) and xDrive (all-wheel drive) configurations. The V8 models come standard with all-wheel drive. BMW has said that a six-cylinder, plug-in-hybrid version of the X5 could be released by the end of this year.

All three engines are paired to an eight-speed automatic transmission. Additionally, the X5’s handling has been improved. Reviewers claim the steering is now more responsive than previous models and the cornering is exceptional. The X5’s maximum towing capacity is now a maximum 7,200 pounds. That’s pretty impressive for a “mid-size” SUV.

Several automotive journalists who tested each trimline recommend the xDrive40i as the model to purchase. With a 0-to-60 time of 4.8 seconds, it’s provides impressive acceleration, offers all-wheel drive, and is among the more affordable models. Pay an extra $2,300 for the premium package and you’ll get heads-up display, four-zone automatic climate control, SiriusXM satellite radio, a remote engine-starter, wireless phone charging, and a WiFi hotspot.

Inside the X5, there’s plenty of space for adults in the first and second rows. However, the optional third row is still for kids only. We would actually recommend skipping it, unless you really need it. The cabin is lined with high-quality materials, plenty of charging points for devices, and a bunch of luxury features. Highlights include power-adjustable front seats, a power-adjustable steering column, heated front seats, a panoramic sunroof, dual-zone automatic climate control, a power rear liftgate, rain-sensing windshield wipers, and ambient lighting.

There’s more available, too. Massaging seats, soft-close doors, acoustic glass, a leather dashboard, heated front armrests, and a heated steering wheel can all be added (for a price, of course). If you have the coin, though, they combine to make the X5 a truly high-end luxury vehicle. The X5 also offers plenty of cargo space. With the rear seats in use, 11 suitcases can fit in the trunk area. With the rear seats folded down, 26 suitcases can be stuffed in.

In addition to the technology already mentioned, the BMW X5 comes equipped with a twin 12.3-inch display screen. One screen is a digital gauge display and the other provides access to the infotainment system, which runs the latest version of BMW’s “iDrive” software. You’ll control the system using a variety of methods, including gesture controls, the touchscreen, or using the center-console-mounted rotary knob. Apple CarPlay is standard but Android Auto is unfortunately missing from the options sheet.

With the inline-six engine, the BMW X5 is as fuel-efficient as the four-cylinder-powered version of the Mercedes-Benz GLE-class and more fuel-efficient than the Audi Q7, according to the Environmental Protection Agency (EPA). With the V8 engine, the X5’s EPA ratings drop dramatically but still match the supercharged V6 variant of the Land Rover Discovery.

Depending on the X5 configuration you buy, your mileage will range from 23 MPG on average (sDrive40i) down to about 15 MPG combined on the higher-performance M50i model.

The 2020 BMW X5 is sure to impress if you’re already a fan of the mid-sized SUV. It will also attract plenty of new fans as well. The combination of luxury and performance is hard to beat. Whether you want to use the X5 for driving in the city or the country, you’re sure to get a comfortable, smooth, and powerful ride. If you’re in the market for a luxury SUV, should definitely give the 2020 X5 a test drive. Prepare to be impressed. 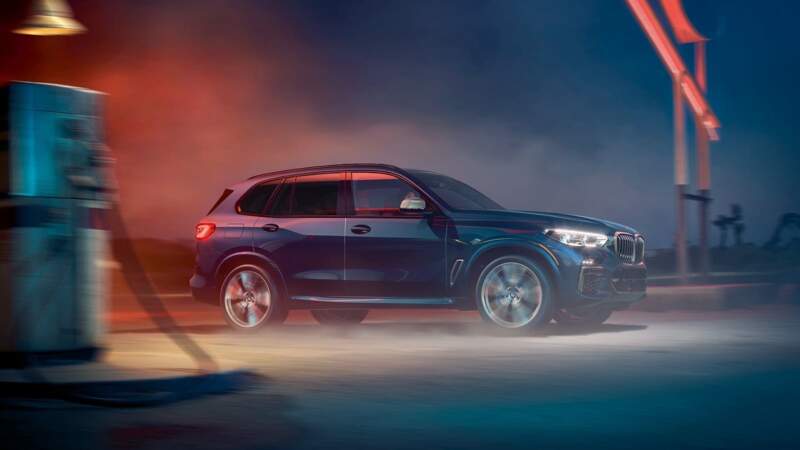