The Volvo S90 is a midsize luxury sedan that was added to the Volvo fleet with the 2017 model year. Ever since it was released, the Volvo S90 has impressed drivers and critics with its amazing interior features, engine performance, and overall style.

The 2019 Volvo S90 is once again expected to be one of the best-rated midsize luxury sedans in the class due to its suite of impressive features.

The 2019 Volvo S90 comes with three different trims: the T5, T6, and T8. The Volvo S90 T5 is the base trim, which starts at about $47,500 but can easily cost over $50,000 for those that upgrade to all-wheel-drive or choose certain tech and safety upgrades. The T6 is similar to the T5 but has a more powerful engine option, which is part of the reason why the MSRP starts at $55,000. The final trim level, the T8, is a hybrid option that gets great performance and fuel efficiency. It has a starting MSRP of around $65,000 but can easily cost $75,000 or more based on the options selected.

There are three different engine options available for the 2019 Volvo S90. The base engine option is a turbocharged 2.0-liter four-cylinder engine that produces 250 horsepower. While this is more than acceptable for many drivers, those that are looking for more performance will want to consider the upgradeable turbocharged and supercharged 2.0-liter four-cylinder as it produces 310 horsepower. For the most engine performance available, the S90 hybrid will produce around 400 horsepower, which provides a significant amount of zip.

While the Volvo S90 provides very good engine performance, it also has good fuel efficiency for those that would like to reduce their fuel expenses. When coupled with the base engine option, the blended fuel efficiency is about 29 mpg. Those that upgrade to the turbocharged engine will see that figure drop to about 26 mpg.

For those that are looking for the most fuel efficiency possible, upgrading to the hybrid is a great option. With this option, you can expect to get more than 50 mpg. Furthermore, the plug-in hybrid has an all-electric range of 21 miles, meaning those that have shorter commutes will not have to spend as much money on gasoline.

The Volvo S90 comes with a wide range of standard entertainment features that will be appreciated by drivers. This includes the nine-inch touchscreen that can control the Sensus infotainment system, a 10-speaker stereo, navigation, Bluetooth, a USB port, and Apple and Android smartphone integration.

In addition to the entertainment features, there are plenty of standard safety features including a rearview camera, blind spot monitoring, rear cross traffic alert, lane departure warning, lane keep assist, and forward collision warning. These safety features and upgrades have continued to help the 2019 Volvo S90 receive top ratings from the IIHS.

There are many advantages that come with the S90 that will help it compared well to the rest of the class.

One of the biggest selling points is the engine performance. The base engine option that produces 250 horsepower is stronger compared to many other vehicles in the same class. Furthermore, those that are looking for even more performance will enjoy the turbocharged engine that produces more than 310 horsepower without asking for too much of a price increase. At the same time, the S90 gets adequate fuel efficiency when compared to other vehicles in the same class that don’t have the same level of performance.

When it comes to the S90, its biggest selling point is the strong engine performance. With a base engine that produces more than 250 horsepower and a very affordable option that produces 310 horsepower, the S90 is considered one of the most powerful sedans in the class. This is even more of a selling point when you add in the sedan’s great fuel efficiency.

The overall safety features of the Volvo S90 is also a great advantage for the vehicle. The S90 comes with a full suite of safety features that are standard. Furthermore, the high safety ratings will continue to be a selling point when a consumer is looking for a new luxury sedan.

One con regarding the Volvo S90 is the lack of cargo space. However, this is a concession that many drivers are willing to give as it results in a larger and more spacious cabin space. 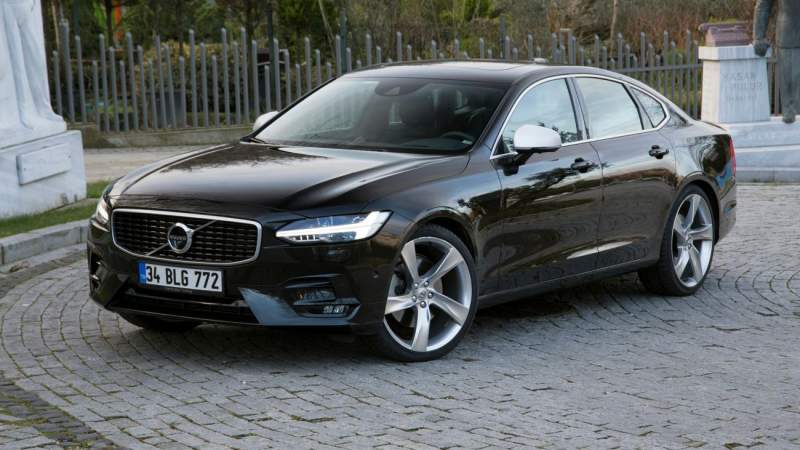