Inside The 2019 Mercedes S-Class Coupe: Perfectly Combining Power and Luxury

There are some obvious cars that immediately spring to mind when you think of what people would buy if they won the lottery. You know the ones: Ferrari, Lamborghini, Bugatti, those types of cars. But if you have big money to spend on a car and you haven’t come by that cash quite as easily as hitting a jackpot, you might think again about those choices.

If you sit down and think about it rationally, are you really going to get the most out of one of those hypercars by being able to use it every day? Probably not. If you want an incredible car that oozes class, quality, power, craftsmanship, luxury, and prestige, you really need to be looking at something like the 2019 Mercedes S-Class Coupe. If you’re not familiar with this incredible piece of German engineering, here’s a little of what you might be missing out on.

Okay, so the exterior styling of the 2019 Mercedes S-Class Coupe isn’t as sporty, sleek, and sexy as a Ferrari or a Lamborghini. After all, this is a coupe version of the German luxury automaker’s flagship sedan and not a two-seat supercar. What the S-Class Coupe does have in bucket loads though, is class, presence, and even more presence. The lines of this car emphasize that status, but without making it look bigger than it actually is.

Of course, the S-Class Coupe has some serious rivals in the market in the shape of the BMW 8 Series and the Audi A8, but even those auspicious models don’t stir your soul in the way this incredible Mercedes does. And anyway, only the BMW actually follows the two-door coupe blueprint of the S-Class Coupe, as most other comparable rivals go with four doors these days. Two doors might not be the most practical design for a four-seat car of such proportions, but who cares when it looks like this?

There are just two versions of the S-Class Coupe to choose from, but it’s a clear choice of two models aimed at different buyers. It would be an insult to call the first of the pair anything as crass as “standard” or “entry-level,” so we’ll simply say the first one is the S 560 4Matic Coupe. If you want more than the S 560 has to offer, you have the simply awesome AMG S-Class Coupe which comes in two flavors: the S 63 and S 65.

You could be forgiven for wondering why anyone would need something more powerful under the hood of their S-Class Coupe than the 4.0-liter twin-turbo V-8 the S 560 comes with. This unit develops 463 horsepower and 516 lb.-ft. of torque and comes mated to a nine-speed automatic transmission, which all translates into a 0 to 60 mph time of just 4.5 seconds. If there’s one slight criticism to be noted, it’s that some buyers might think the brutal engine note seems a little inappropriate for such an absurdly elegant car.

Well, the answer is not all that much more, to be honest. Even though the V-12 boasts 621 hp and 738 lb.-ft. of torque, its standard all-wheel drive can’t get the power down as well as the V-8 does with all-wheel drive and therefore the v-12 is actually a little bit slower to 60. On the other hand, it is as smooth as silk that’s been put through a number of extra smoothing processes.

You might have seen some ridiculously over-the-top opulent exteriors in Rolls Royce models and Cadillac Escalades that have been given the treatment by aftermarket interior designers and tuners. They’re all well and good, and they are ridiculously luxurious, but they’re oil-sheik glamorous and a little too much for more discerning buyers. The interior of the 2019 Mercedes S-Class Coupe is more understated, but it’s as comfortable and high quality as any vehicle interior you’ll ever come across. It’s easy to talk about benchmarks in the auto industry, but that’s what you have here.

The way Mercedes has managed to combine the finest leathers with real wood, metal, and cutting-edge digital displays without anything appearing out of place is a complete masterclass. Every comfort and convenience you can imagine is in here (or available). It really doesn’t get much better than this.

Lavish. Generous. Wanting for nothing. Take your pick of any number of superlatives to describe the standard and available features and equipment found in the S-Class Coupe. Admittedly, the S 560 does cost from $125,950, but standard equipment includes a Burmester surround sound system, navigation, satellite radio, Apple CarPlay and Android Auto compatibility, 19-inch alloy wheels, 16-way power-adjustable front seats, keyless ignition, soft-close doors, twin 12.3-inch display screens, and an in-cabin fragrance system. The infotainment system is an aging one that’s due for replacing, but that’s the only criticism that can be leveled at the S 560.

You probably wouldn’t expect fuel economy to be among the S-Class Coupe features worthy of singling out, but the ratings really are worth a mention. The EPA rates the S 560 at 17 mpg in the city, 26 mpg on the highway and 20 mpg combined. The AMG S63 Coupe is rated at 17/27/20 mpg, and the S65 Coupe, if you really must know, comes in at 13/21/16 mpg. They’re not staggeringly good figures on the face of things, but when you think of the size and power of these engines, you can see why it was worth a mention. But what’s an extra tank of gas when you’ve already spent six figures on this beauty?

Forget the rivals. While you’re at it, forget spending even more money on a supercar you won’t be able to use as much as you’d like due to its impracticality. The 2019 Mercedes S-Class Coupe is quite simply an exercise in pure excellence. If you can afford one, just go out and get it. Of course, if the S-Class Coupe still isn’t quite seductive enough to pull you in, there’s always the drop-dead gorgeous convertible version as well. 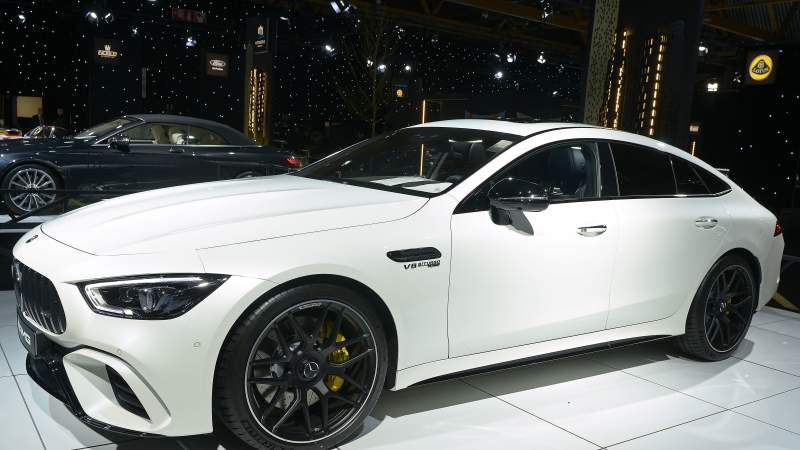