They’re the hottest thing in the car industry, and are consuming the plans, resources, and time of just about every automotive manufacturer in the world. So why haven’t electric vehicles actually taken off yet? The technology exists, they’re good for the environment, and some of the latest models actually look pretty decent. But consumers, so far, have been reluctant to embrace electric vehicles on a mass scale.

In 2015, sales of electric cars accounted for only three percent of all vehicle purchased in the U.S., according to data from the Alternative Fuels Data Center. Even hybrid gas-electric vehicles have never really taken off as predicted, and their sales have faltered in recent years too. So why are people choosing to drive irresponsible gas guzzlers when we could all be driving battery powered electric cars? Read on to find out.

A big issue with electric cars is their range. By this, we mean how far the car can travel on a single battery charge. Again, advancements in this area have been made in recent years, but currently, most electric cars can travel somewhere in the neighbourhood of 100-to-200 miles on a single battery charge (Tesla models can typically go much farther).

That might be okay of you live downtown and don’t drive very far, very often. But you won’t be taking the family on a cross-country summer road trip in an electric car any time soon. Add in a serious lack of charging stations (more on that later), as well as the overly long time it take to recharge an electric car battery, and, in many respects, electric cars do not look like a very practical choice for today’s busy consumers who are constantly on the move.

A big complaint among car reviewers is that electric cars just aren’t much fun to drive. The engine performance is weak, there’s practically no pick-up, or oomph, if you will. You can’t go very fast on a highway, the handling can be hit-and-miss, and the car’s battery is dead before you know it. For these reasons, many professionals in the automotive industry grumble that electric cars suffer from a serious lack of performance.

You just can’t do a lot of the things with an electric car that you can do with a traditional gas fueled car. And, let’s face it, most cars are sold (or at least marketed) based on their performance. Watch a car commercial and you’ll see pick-up trucks climbing mountains, sports cars taking sharp turns, and SUVs carrying an extended family through a wooded valley and splashing across rivers. You don’t really see commercials for electric cars. But if you did, they wouldn’t be doing any of these fun things.

This means more coal being shoveled into power plants to generate the needed electricity for these so called “green cars.” In recent years, many environmental groups and advocates have moved away from endorsing electric cars, and the lack of endorsement hasn’t gone unnoticed by consumers who can be influenced by these type of environmental stamps of approval.

While car companies have made major strides forward in the development of electric cars, most major cities in the U.S. and elsewhere don’t yet have the infrastructure to support these vehicles. By that we mean that there aren’t enough charging stations around where people can boost the rechargeable battery that powers their electric car.

While there’s a gas station on just about every corner, charging stations are few and far between. This means that electric cars can become stranded when the battery becomes depleted. One of the big hurdles for the auto industry to overcome is installing the infrastructure needed to support electric cars that are on the roads and highways. After all, an electric car is not much use if there’s nowhere to charge the battery. This brings us to the next problem…

“Yeah, that’s okay. I’ll get home from the grocery store tomorrow. No problem.”

While car companies such as Tesla have made major improvements to the batteries used in electric cars, charging these batteries remains a major hurdle and a key reason why consumers are reluctant to embrace electric vehicles. Key will be developing a battery that can be charged quickly – like instantaneously. Tesla’s Superchargers are a step in the right direction.

Replacing the car battery isn’t the only big additional cost that comes with owning an electric car. People’s home garage or driveway also needs to be outfitted as a de facto car battery charging station. This means buying and installing all the charging equipment needed in your garage, and that can cost as much as $2,500, or more. Plus you need to keep this equipment operational and running as intended, and that means regular maintenance and technicians, and that costs money too.

In the end, many consumer advocates question how much money anybody who chooses to buy an electric car will really save. The additional costs for operating an electric car are pretty steep and ongoing, and that makes it a problem for cost conscious consumers.

Tesla is doing its best to make electric cars more stylish and cool looking. The company’s Model 3 electric car is a major leap forward. However, the reality is that many electric cars on the market today look more like the Nissan Leaf and Renault Twizy, and they are neither stylish nor cool. This makes marketing electric cars to image-conscious consumers difficult – especially when it comes to the younger drivers that marketers and advertisers covet.

Many automotive industry analysts agree that for electric cars to really take hold and become mainstream, they will need to become more stylish. Adding some sex appeal to electric cars could help these vehicles mightily. After all, a lot of people identify themselves by the vehicle they drive. And what does a Renault Twizy say about you?

Even if you were to save money on gasoline by driving an electric car, after a few years you will need to replace the battery in the vehicle and it’s not cheap. Currently electric car batteries cost between $500 to $1,000+ to replace. That’s a lot more than the batteries used in conventional cars. While some governments have incentives and rebate programs available to help cover the costs of initially purchasing an electric car and replacing the battery, these programs offer token returns at best.

They are not generous enough to significantly offset the cost of replacing an electric car battery. Also, some electric car batteries that are advertised as lasting two-to-three years, have been found to only last one year depending on how frequently the electric car is used. This means consumers could be shelling out big bucks for new batteries sooner, and more often than expected.

The bottom line is that the cost to buy an electric car is just too damn high. Tesla changed the electric car industry with its Model S, but that vehicle cost $80,000! While the Tesla Model 3 is cheaper, it still starts around $35,000. Add in the additional costs to own and keep an electric car charged, and you can see how many people still find electric cars unaffordable. Especially when they can get an equivalent sized traditional vehicle for less than $15,000 – and that’s brand new.

The price point of electric cars is the single biggest thing holding these vehicles back and preventing them from gaining widespread acceptance. Until the price is adjusted, and electric cars become more affordable, consumers aren’t likely to buy these vehicles in droves. Sure, we all like the idea of being environmentally responsible. But at what price? That’s the question facing the auto industry today, and into the future.

Consumers aren’t buying electric cars in great numbers on their own. To get there, they will need a push. Most analysts agree that the push will come once gasoline prices become too high for a sustained period. Unfortunately, this hasn’t happened yet. While gas prices do spike upwards from time to time, they also come down just as fast.

So far, gas prices haven’t reached a point where consumers find them unsustainable and are willing to make a change. How long it will take for gas prices to get to a tipping point for motorists remains to be seen. The consensus view is that the costs of owning a traditional gas fueled car will need to be much higher than the costs of owning and operating an electric vehicle for consumers to make the switch in sizable numbers. 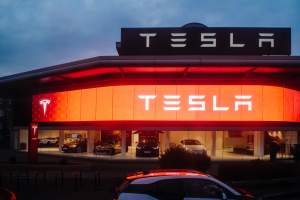