Halogen vs HID vs LED: Which Headlights Are Best?

Out of all the features on your vehicle, you might hardly ever give much thought to your headlights. After all, how complicated can they be? Cars have had headlights for decades now. It’s not like they are some fancy new feature. Yet, despite many car owners taking them for granted, headlights are actually of vital importance. They are one of the primary safety features of your car. Have you ever tried driving at night without them? It’s not fun.

Not only are your headlights vitally important, but their technology has actually come a long way in recent years. Classic halogen bulbs are slowly being pushed out in favor of LED or HID headlights. You may have even considered having your headlights upgraded to one of these newer formats. (It’s not always a great idea though — more on that in a bit).

With multiple choices for what feels like a fairly standard and boring part of your vehicle, how should you decide what kind of headlights your car needs? We will break all the available options for you. Then, you can decide for yourself which type of headlights make the most sense for you and your vehicle. 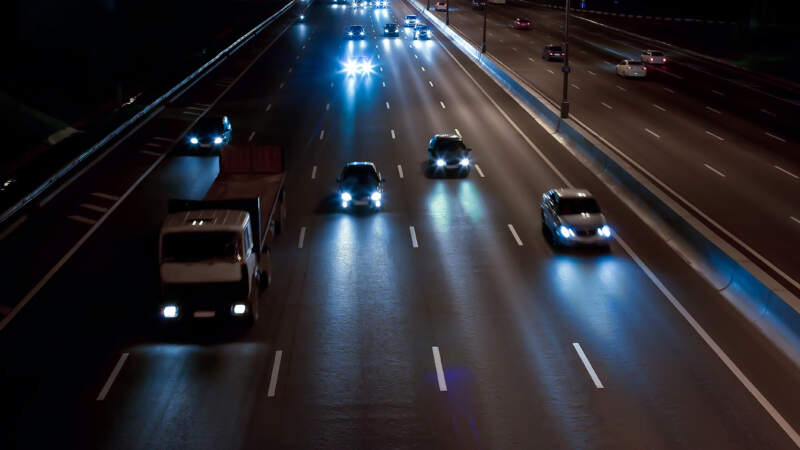 Halogen lights were pretty common for anyone over a certain age. They are the classic style light bulbs, where a filament is heated until it glows. It emits a yellow-ish light. These bulbs were everywhere, including our homes, until more efficient variants like compact fluorescents were invented.

Halogen bulbs offer some strong advantages. For starters, they are the cheapest. They are also easy to replace, fairly universal, and are even dimmable. Basically, you can probably find a suitable halogen bulb for your vehicle (for a reasonable cost) in almost any auto part store you walk into. On the other hand, they are less energy efficient than newer technology and don’t generally last as long as HID or LED options.

HID (high-intensity discharge) headlights are not very common, but they are usually easy to spot. The work by igniting a gas with electricity  — often Xenon, which is why HID lights are sometimes called Xenon headlights. They emit a white or blue-ish light. You can usually spot a car with HID lights in a long row of halogen or LED headlights because they look “more blue.”

HID headlights remain fairly rare. Most auto brands don’t include HID lights as an option on new cars, meaning the ones you see on the road are mostly after-market upgrades. Although HID lights do offer brighter light and longer lifespan, they remain more expensive than halogens. They are also heavily criticized for being “too bright” and blinding oncoming traffic. 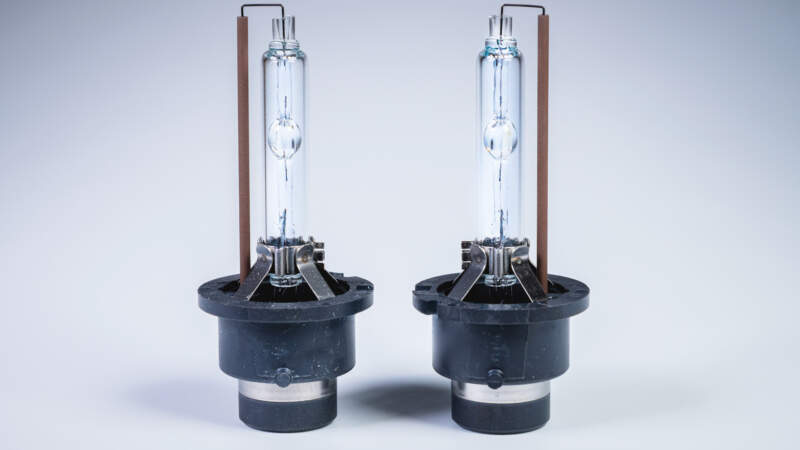 Anyone who has done some TV shopping in the last decade knows what LEDs are. It’s a short form for Light Emitting Diodes. They create light by placing two semiconductors on a small chip, with an electrical charge applied. That causes atoms to combine and create light. This technology is also used in computer monitors and smartphone/tablet screens.

For many, LEDs are the sweet spot between halogens and HIDs. They shine brighter than halogens, but don’t produce the blinding glare that HID bulbs do. They are fairly small in size, but remain on the expensive side — especially compared to traditional halogens. They also are prone to heat issues, as they can get quite hot.

LED lights that come as a stock option are typically accompanied with a special cooling system to keep them running optimally. While it works, the cooling system is just another component that could break down and need a costly repair. For this reason, many drivers prefer the cheap and easily replaceable halogen option.

Although we didn’t mention it in the headline (or the opening paragraphs), there’s actually a fourth headline option. Laser headlights were only developed in the last decade or so, and remain extremely rare. They were originally marketed by Audi and BMW in the European market. Despite their name, these headlights aren’t really lasers. Instead, the lasers are directed at a phosphor plate, which in turn generates white light. That light is then projected out via a reflector.

Laser headlights are praised for having optimal brightness, being highly energy efficient, and being capable of being crammed into tight spaces thanks to its small packaging. On the other hand, they are extremely expensive, don’t work as dual beams (high beams), generate a ton of heat, and are actually not even legal in the United States yet. For now, leaser headlights aren’t really a viable option for most drivers.

The Rise of LEDs

The first consumer vehicle with standard LED lights in the United States was the Lexus LS 600h, back in 2007. For a while, they were merely written off as a luxury item on high-end cars. Since then, though, LED headlights have slowly been invading even the most common vehicles. For example, the 2019 Mazda3 and the 2020 Toyota Corolla — both under $25,000 — come standard with LED headlights.

One of the biggest reasons for the switch to LED isn’t safety though. It’s not even efficiency. It’s simple marketing. To make a long story short, LED headlights simply look cooler.

“The different looking headlights and design are attractive to the buyer because the headlights are the eyes of the car,” said Steffen Pietzonka, head of marketing at headlight manufacturer Hella.

LED lights can be formed into strips or rows, instead of a single bulb. That gives car designers more freedom to get creative with appearances. On the technical side, LED lights are also more efficient. They last longer, run cooler, and drain less of the vehicles electrical system. While halogens are still a cheap alternative, some experts predict that HID headlights will soon be extinct as a factory option. Modders might still prefer the look, though, so aftermarket swaps to HID lights will probably still exist.

You might believe that LED headlights are safer for some reason. Maybe they are brighter or shine farther than competing technologies. However, some studies show that isn’t the case at all. The short version is this: depending on which kind of halogen or LED lights that automakers use (and their intensity), they may or may not provide more illumination in the dark.

Another factor is that headlights often use either a reflector or a projector lens to magnify the light. If those items are misaligned during a repair, broken, or otherwise jostled in a fender bender, they won’t work as well as they should. That could create a problem for everyone. The driver won’t have sufficient night vision, while oncoming traffic may be blinded by headlights aimed too high. 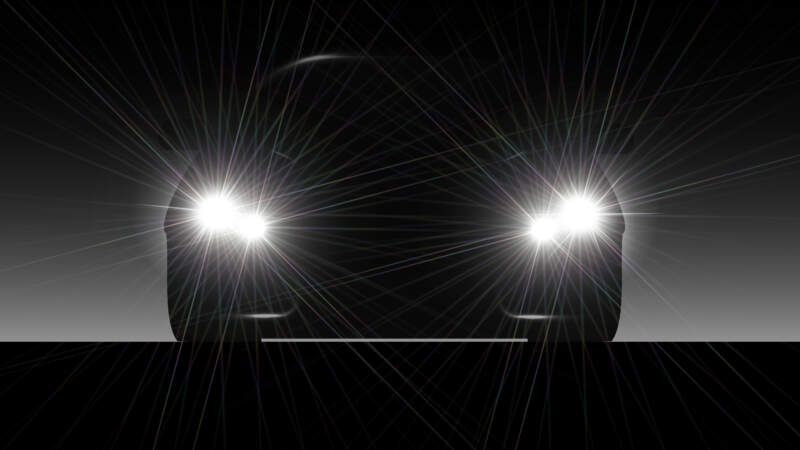 How You Should Decide

Unfortunately, there is no “right answer” we can definitively give you. It’s a matter of personal preference. However, we do suggest that you try to arrange a night-time test drive of any car you are considering buying. Make sure you’re comfortable with how much light the headlights provide. Even if you don’t normally do a lot of driving in the dark, your driving visibility isn’t something you want to ignore.

If you feel like your headlights — whatever version you have — aren’t aligned properly, you can get them adjusted. Most dealers or mechanics will provide the service relatively cheaply (under $150). It’s a good idea to have this professionally done if you’ve replaced your lenses or your car has been in a small fender bender.

If your car is currently rocking halogen lights, maybe you’re experiencing some FOMO over those fancy new LEDs. The good news is that you can probably upgrade quite easily. The bad news is that it probably won’t actually do much.

There are plug-and-play LED replacements for almost every version of halogen headlights. It’s one of the easiest DIY car repairs you can find. A short YouTube video can likely guide you through your make and model. However, you should take note of this warning from Jalopnik:

“Putting LEDs where halogen bulbs are supposed to be is generally not actually an upgrade.”

We suggest you read the whole article for more context, but here’s the TL;DR version: the way the LED directs light is not the same as the halogen bulb that came with your car. The entire optical setup (reflector or projector lens) of your headlights can be thrown off by using LED replacement bulbs.

While your car might look cooler with LEDs, there’s very little evidence that you’ll be able to see better while driving at night. 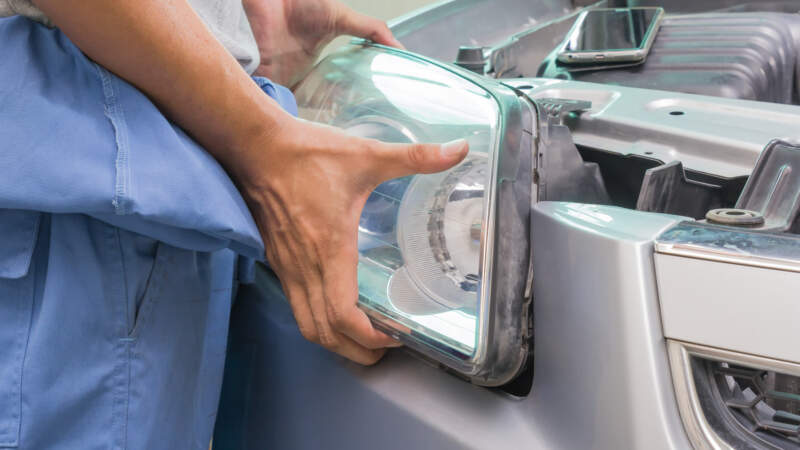 As we said from the beginning, headlight technology is hardly sexy. It’s not the first feature mentioned on any marketing material. However, a lot of research and development goes into making headlights. Once again, they are an integral part of your vehicle’s safety systems. If you do really want LED headlights, we suggest making sure your next vehicle comes with them standard — don’t bother upgrading your halogens.

In the future, LEDs should get even better. Some models already have automatic high beams, which adjust the intensity of your lights based on the situation. No more blinding oncoming drivers with your brights or driving down a dark road because you keep forgetting to use them. Some high-end vehicles have headlights that “bend” around corners, helping you get a view of where your car is going when taking curves.

The industry is clearly shifting towards LED lights as the standard. There are a lot of reasons for that — cost, efficiency, durability, and design flexibility. However, they aren’t always noticeably better than halogens. If your vehicle is still rocking halogen bulbs, don’t stress out. They will do the job just fine. However, you may want to stop taking headlights for granted the next time you are car shopping. They aren’t all the same. 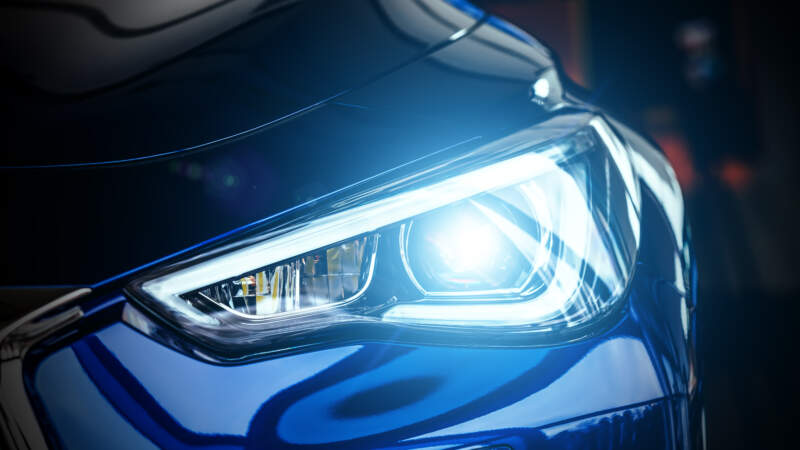