Green with Envy: The 2018 Chevrolet Volt

For a car that first appeared in 2011, the Chevrolet Volt has been largely successful at avoiding the scornful comments most anti-Prius proponents fling at electric cars. All the same, it’s not a car for everyone. The Volt isn’t completely electric, as it has a gas-powered engine that will kick in when the electric batteries lose charge, but it does offer alternative transportation solutions for those looking to save a little at the gas pump — and save a lot in taxes.

We’ve gathered the lowdown on the 2018 Chevy Volt below, focusing on key points that will help you decide whether this gas-electric hybrid is truly for you or not. The car world isn’t comprised of just Priuses and Hummers; there are tons of options in-between that we hope you’ll consider.

Without further ado, here’s what you need to know about the 2018 Chevrolet Volt.

The 2018 Chevy Volt comes with only one engine setup. The first part of the powertrain is a gasoline-powered 1.5-liter four-cylinder engine that is capable of up to 101 horsepower. This engine in turn powers the dual electric motors sporting a combined strength of 149 horsepower. In total, the trio makes up to 294 lb-ft of torque. Because this vehicle is mainly powered by dual electric motors, the transmission is considered a one-speed Direct Drive.

The 2018 Chevrolet Volt charges in about 4.5 hours. Edmunds notes that the electric engine has a range of 53 miles, and with an 8.9-gallon fuel tank, the Volt isn’t going to leave you stranded. Kelley Blue Book (KBB) notes the Volt’s electric range is over twice that of the Prius Prime.

The 2018 Chevrolet Volt can be purchased in the following colors:

Between the electric powertrain and the gas motor, the 2018 Chevrolet Volt puts up some impressive numbers when it comes to miles-per-gallon. KBB states the combined mpg rating of both powertrains ranks at about 106 mpge, which is the all-electric, mpg equivalent. That translates to about 43 city and 42 highway mpg.

Of course, when you compare this fuel efficiency rating to the gas-powered sedans in the same general segment as the Chevy Volt, not too many come close. That’s the prime selling point of the electric powertrain. However, there is a trade-off. The Volt does need to be recharged, so just like a gas-powered car, drivers will have to take time out of their schedule to fill/charge up. 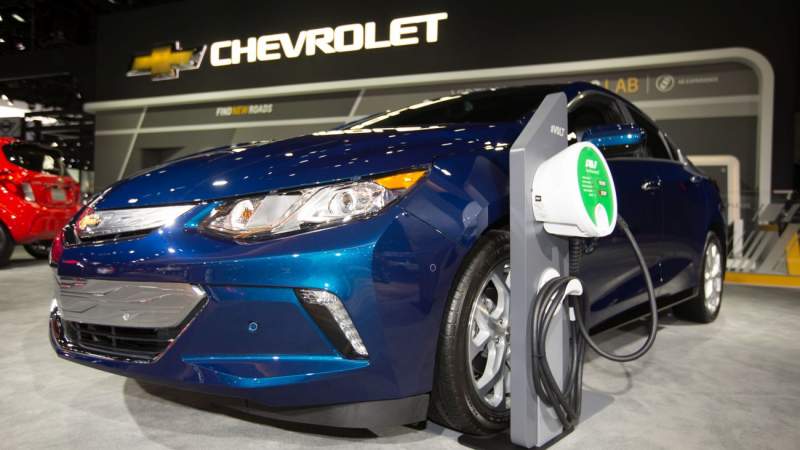 Premier models feature remote start and keyless entry as well, along with a Bose eight-speaker sound system, leather seats, and a leather steering wheel. Both models are front-wheel drive and offer a 4G LTE Wi-Fi hotspot for all those looking to connect to the Internet in the car. Edmunds recommends choosing the Premier model, which KBB notes can be bought with navigation for an extra $500.

How the 2018 Chevrolet Volt Stacks Up

While the 2018 Chevy Volt might not be the sportiest electric car on the market, Consumer Reports notes the ride comfort and noise isolation are good. Experts here also agree that the improvements on the look and feel of the 2018 Volt move the model from “science experiment” to an electric car the public can appreciate. In a time where hybrids are more common on the road, an electric car isn’t such a spectacle anymore.

Edmunds seconds these sentiments, noting the “interior is far more useful than before.” Praise for Chevy’s technologic interfaces is plenty in their expert’s review. The infotainment center is easy to use, and the various knobs and buttons provide a satisfying experience.

KBB brings up an interesting point as well. While the 2018 Chevrolet Volt starts at a higher price point, tax incentives for purchasing this electric car total around $7,500, which actually puts the true sticker price nearer to what consumers might pay for a Prius Prime. So, sure, the 2018 Volt might be an investment from the start, but aren’t all vehicles?

Though electric powertrains are becoming more prevalent, they haven’t quite taken over the automotive world — yet. However, with increasing demands from the EPA, mpg ratings across the board are being pushed higher and higher. That means competition in some ways for the Volt. Charging stations have cropped up across the country, but gas pumps aren’t necessarily disappearing. And in a time when self-driven cars are becoming more reality than talk, are electric cars moving past their prime as the latest-and-greatest?

Notable competitors to the 2018 Chevy Volt include, as we’ve discussed, the Prius Prime, alongside the Nissan Leaf and the Tesla trio (Model S, Model X, and Model 3). If you’re looking for a smaller electric car, check out the FIAT 500e. Power-to-weight ratios make this tiny hatch a blast to drive. Interested customers should also consider the Hyundai Ioniq EV, the BMW i3 and i8 twins, and Jaguar’s I-PACE as well. As time goes on, there’s sure to be more models added to this list.

The 2018 Chevrolet Volt may be considered by some to be only one of the few precursors to an age of electric powertrains and little to no emissions. Others might disagree, but the one point we can all surely agree on is that the Volt defies the space-age styling of past electric cars and brings fashion in line with fossil-fuel savings.

Considering an alternative option? Check out the 2018 Chevy Volt and see for yourself. Maybe the future doesn’t have to be eccentric after all. 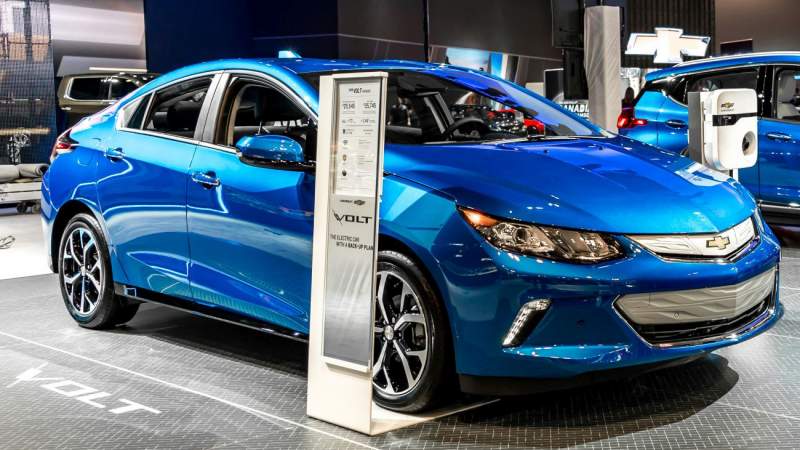