Twin to Chevrolet’s Equinox, the all-new GMC Terrain is redesigned from last year’s model. Scroll below to learn about the 2018 Terrain’s specs and defining feature:

This Terrain redesign comes with a sleeker exterior and 400 less pounds than its predecessor. Competing in the small crossover SUV segment, the 2018 Terrain offers a fair mix of safety features and luxury accoutrements.

The 2018 GMC Terrain can be purchased in the following exterior colors:

Kelley Blue Book ranks the 2018 GMC Terrain six out of 24 in fuel economy. With numbers in the high 20s for city and peaking in the high 30s for highway, it’s easy to see why it comes out near the top.

Diesel models are where the Terrain really rises to the top. With 28 city and 39 highway for front-wheel drive models, and 28 and 38 city and highway EPA-estimated mpg for 4WD models, the Terrain almost tops competitors. 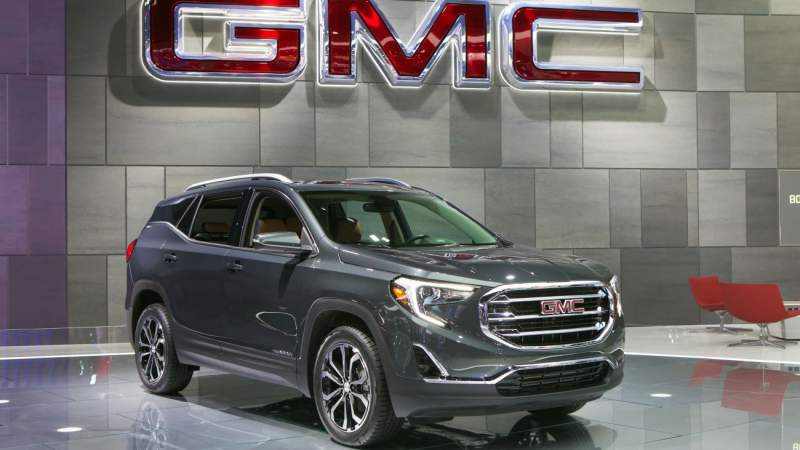 The 2018 Terrain can be had in both a respectable base model and a high-end luxury Denali option. Excluding the SL model, which only comes in FWD, all models are available in either 4WD or FWD

SLE models have the same engine and transmission as the SL models but come in front and four-wheel drive. With 17-inch wheels, HID headlamps, and LED taillamps, the SLE model comes with all safety features standard on the SL.

The SLE Diesel model sports the 1.6L turbodiesel engine paired to a six-speed automatic transmission. Heated front seats, remote start, and dual-zone automatic climate control are standard on this model. The SLT Diesel is also powered by the 1.6L turbodiesel engine, but rides on 18-inch wheels, a heated steering wheel, and an eight-inch infotainment screen. The best feature of the SLT Diesel model is the programmable hands-free lift-gate.

Top-of-the-line Denali models are the only ones to have the 2.0L engine paired to a nine-speed automatic transmission. With 19-inch wheels, LED headlamps, a Bose seven-speaker system, and navigation, the Denali model starts at $40,295. Equipped with a slew of safety features, the Denali model includes Rear Park Assist, Rear Cross-Traffic Alert, Side-Blind Zone Alert with Lane Change Alert, and Safety Alert Seat.

How the GMC Terrain Compares to the Competition

Along with the Chevy Equinox, the 2018 GMC Terrain competes with the Volvo XC60, the Audi Q3 and Q5, the Jeep Grand Cherokee and Compass, and the Mitsubishi Outlander Sport. Infiniti’s QX30 and QX50, Mazda’s CX-5, and the Acura RDX are all competitors in the small crossover SUV segment as well. Compare the GMC Terrain to the Subaru Forester, the Toyota RAV4, Lincoln’s MKC, Lexus’ NX, the Volkswagen Tiguan, Ford’s Escape, the Hyundai Tucson, the Honda CR-V, the Kia Sportage, and the Nissan Rogue. Top-level options include the Mercedes-Benz GLA, the Jaguar F-Pace, and the all-new Alfa Romeo Stelvio.

Edmunds praises the 2018 GMC Terrain as having “one of the best infotainment interfaces in the class.” Experts at Edmunds recommend the SEL model with the driver alert package because you’ll get the advanced safety features but tons of power when you choose the 2.0L. “Rear visibility over your shoulder is obstructed by thick roof pillars,” and the Edmunds team also notes the safety features in the mid-range pale in comparison to those offered on the competition.

Consumer Reports also has praises for the 2.0L, noting “strong acceleration” and “impressive braking performance.” Complaints include the loud cabin and the stiff ride, and they recommend the SLT model.

Kelley Blue Book reviewers don’t like the hard-interior plastics or the fact that there is no active cruise control on any Terrain model. J.D. Power notes “the 2018 Terrain boasts an expanded list of available driver assistance and collision avoidance technologies,” which is a plus for this small crossover SUV, especially in such a competitive segment.

Overall, the 2018 GMC Terrain offers a lot to customers with a variety of needs and budgets. Entry models come standard with plenty of safety and entertainment features, without breaking the bank. Sure, Denali models will be hard-pressed to compete with the standard of luxury other brand names are able to bring to the table, but for $40,000, you’re not likely to find such good value and features packaged so nicely.

Like most big competitors, GMC caters to the majority, losing to some while winning against others in a battle where the customer can truly choose based on individual priorities. It’s any man’s — or manufacturer’s — guess as to what that special combination is to attract the most buyers.

The 2018 GMC Terrain is a strong competitor in a segment that favors a variety of options with the availability of luxury features. A step above most entry-level models, the 2018 Terrain will fit many buyer’s needs, from power and capability, to safety features, to top-level trims fit for high-class clients. Consider the 2018 GMC Terrain the next time you’re looking for a small, smart, and sexy crossover SUV. 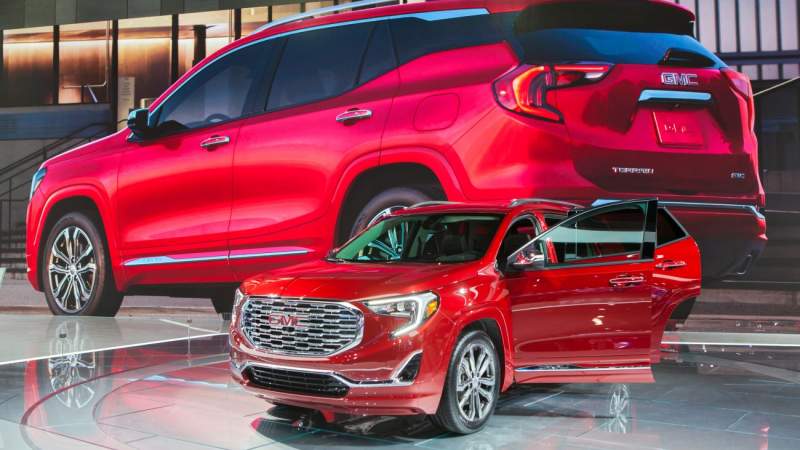