The race to develop a fully electric pick-up truck is heating up.

General Motors has announced they are developing a Chevy-branded electric pick-up. They promise it will have an impressive battery range of 400 miles. GM confirmed that the “Chevrolet BET,” which stands for “Battery-Electric Truck” will be a full-sized pick-up. They claim it will achieve that range by utilizing a 50- to 200-kWh battery.

Production of the electric truck is scheduled for the fourth quarter of 2021. Rumors are that the electric pick-up will actually be a Silverado, although Chevrolet would not confirm or deny those rumors.

Back in March, GM laid out its plans for a mostly electric future. In November 2019, the company showed off its new Ultium batteries. General Motors hopes their new battery technology will increase power output, while using less of the heavy metals that are dangerous and expensive to get from the ground.

The range between battery charges in the Chevy BET will match the claimed range of Rivian’s new R1T pick-up at 400 miles. However, the Chevy truck’s range would be 100 miles less than the promised range of Tesla’s Cybertruck, which has a claimed range of 500 miles. Ford hasn’t given a range for its electric F-150 yet. However, anything less than 300 miles would be considered a disappointment, say analysts. That electric F-150 truck is expected to debut inside of the next 24 months, according to Ford. 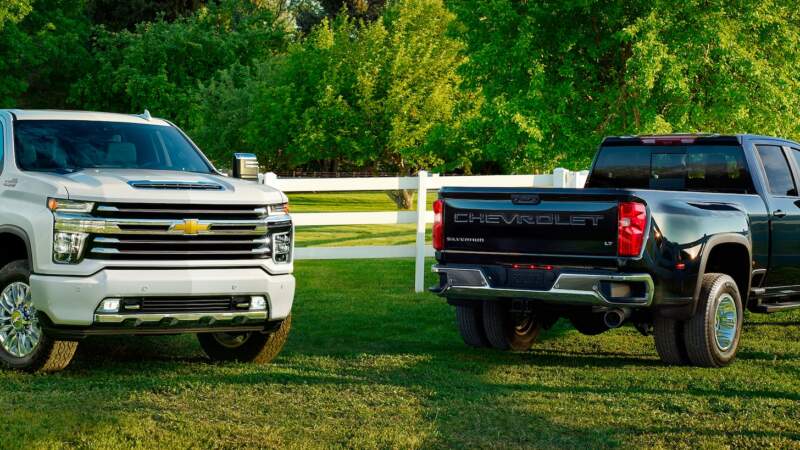