Tesla loves to tout their technology. As one of the leaders in electric vehicle technology, they routinely brag about their battery capabilities and industry-leading driving range. They also market things “Autopilot” and “Full Self-Driving.” You might be surprised to learn that neither of those features will actually completely drive your car.

Tesla’s self-driving system is not fully autonomous. It only works under certain conditions and requires an attentive driver at all times. The driver must be ready to retake control of the vehicle at any time. If you’re wondering why they named such a feature Autopilot, you’re not alone. The German court system asked the same question. Tesla won’t like how they answered it.

In a ruling from the Munich Regional Court, Tesla is now banned from using the phrases “full potential for autonomous driving” and “Autopilot inclusive” in their marketing. The decision is the result of an industry group suing Tesla over the terms. The court has agreed, calling the terms “misleading.”

The judges also said Tesla wrongly promoted that its cars would be able to self-navigate in cities by the end of 2019.

“Using the term ‘Autopilot’ and other phrases suggest the cars were technically able to drive completely autonomously,” the court said in an emailed statement. “Additionally, it is claimed that would be legal in Germany, which isn’t the case.”

Naturally, Tesla CEO Elon Musk took to Twitter to complain about the decision.

Tesla Autopilot was literally named after the term used in aviation. Also, what about Autobahn!?

The term “Autopilot” was always contentious. Although Tesla makes it very clear how their autonomous driving system works on their website, many consumers assume it’s more advanced than it really is. There are numerous levels of autonomous driving. Level Four is the highest, where the driver can truly become a passenger. Currently, there are no cars that even qualify for Level Three. Most driver assistance features only offer Level Two autonomy. In short, technology still has a long way to go.

Tesla can still appeal the ruling, although they haven’t officially commented yet. 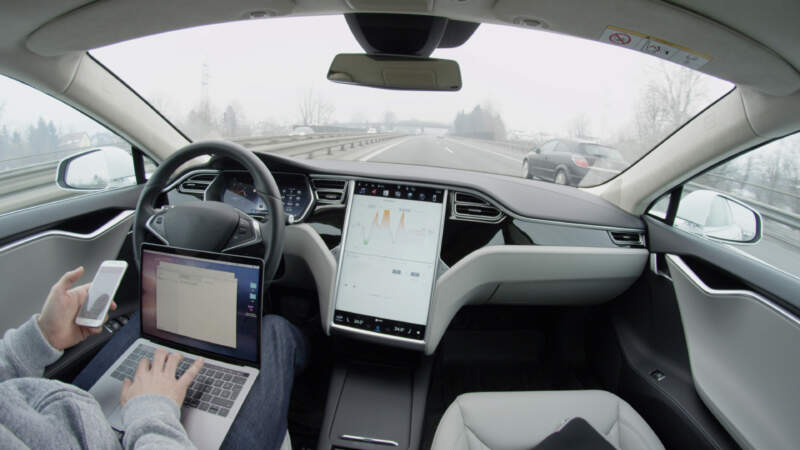