Once thought to be strictly confined to China, the spreading outbreak of the Coronavirus is now wreaking havoc on Europe. Despite only a single reported case in Switzerland, government officials have announced the Geneva Motor Show will be cancelled.

“Ladies and gentlemen, the 90th edition of the Geneva International Motor Show will not take place,” the organizers said in a press conference on Friday morning. The show scheduled to begin on March 3 and run through to March 15.

“We regret this situation, but the health of all participants is our and our exhibitors’ top priority. This is a case of force majeure and a tremendous loss for the manufacturers who have invested massively in their presence in Geneva. However, we are convinced that they will understand this decision,” said Maurice Turrettini, Chairman of the Foundation Board.

The Swiss government is also banning gatherings of more than 1,000 people in an effort to prevent the virus from spreading. Of all European nations, Italy has been hit the hardest so far. They have quarantined 11 towns and plan to play a number of high-profile soccer matches without fans this weekend. So far the country has suffered 17 Coronavirus related deaths.

The Geneva Motor Show is one of the largest annual auto shows on the planet. Every year, a number of major brands use the show to debut brand new models, showcase futuristic concept cars, or make surprising reveals. The Geneva show is especially known for featuring supercars and hypercars from the world’s most exclusive and elite luxury car makers.

Earlier this week, the organizers of the show insisted it would not be cancelled. They cited increased screening and proper care as reasons the show would not be impacted by the Coronavirus. However, the federal government stepped in to convince them otherwise.

“In view of the current situation and the spread of the coronavirus, the Federal Council has categorized the situation in Switzerland as ‘special’ in terms of the Epidemics Act,” the cabinet said. “Large-scale events involving more than 1,000 people are to be banned. The ban comes into immediate effect and will apply at least until 15 March.”

Car aficionados were expecting a number of big announcements, including the Aston Martin Vantage convertible, Audi A3 Sportback, BMW i4, Fiat 500 EV, Kia Sorento, Mercedes-Benz E class, Porsche 911 Turbo, and Volkswagen Golf PHEV. It’s unclear whether manufacturers will delay those releases or not. They may still make their normal online announcements, but wait until the New York Auto Show  in April to make any physical debuts.

The Geneva show will not be rescheduled. 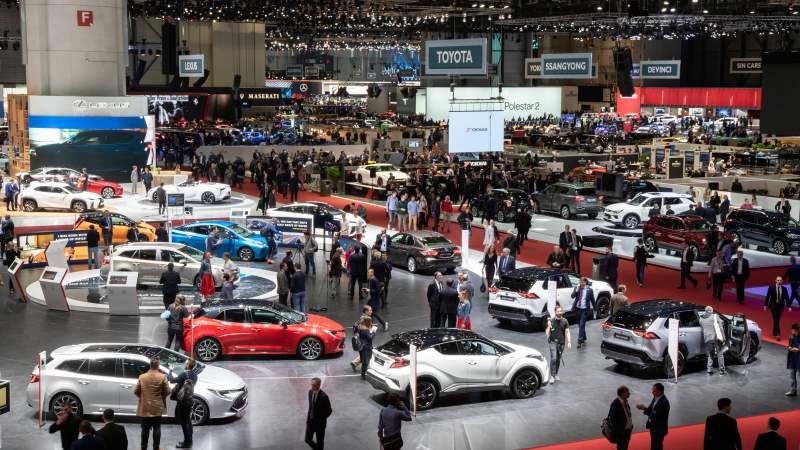