General Motors Says It Will Produce Only Electric Vehicles By 2035

General Motors is all in on electric vehicles. The Detroit automaker has announced that the majority of the vehicles they produce will be completely electric by 2035. Furthermore, they claim the entire company will be carbon neutral by 2040. GM previously announced that it will invest $27 billion in electric and autonomous vehicles in the next five years. That represents a 35% increase over plans made before the pandemic. The company will offer 30 all-electric models by the middle of the decade.

By the end of 2025, 40% of GM’s North American models will be full electric vehicles. They plans to include crossovers, SUVs, sedans, and trucks in their EV lineup. GM also said that it will source 100% renewable energy to power its U.S. sites by 2030. They have the same goal for their international sites, but by 2035 instead. That’s still five years faster than its previously announced goal.

General Motors has also set itself the goal of making all new light-duty vehicles fully electric within 14 years. The company will concentrate on offering zero-emissions vehicles in different price ranges. It is also working with organizations such as the Environmental Defense Fund to build out the necessary infrastructure to power its EVs and to promote their use.

Additionally, GM announced a new partnership with Microsoft earlier this month. They hope to accelerating its roll-out of self-driving EVs by using Microsoft’s cloud computing power. GM also scrapped its iconic square blue logo in favor of a lower case “gm” surrounded by rounded corners. The new “m” looks like an electrical plug, to highlight its focus on EVs in the coming decades.

Earlier this week, U.S. President Joe Biden signed executive orders that include moving to an all-electric federal vehicle fleet. His goal is to transform the nation into a clean energy economy. 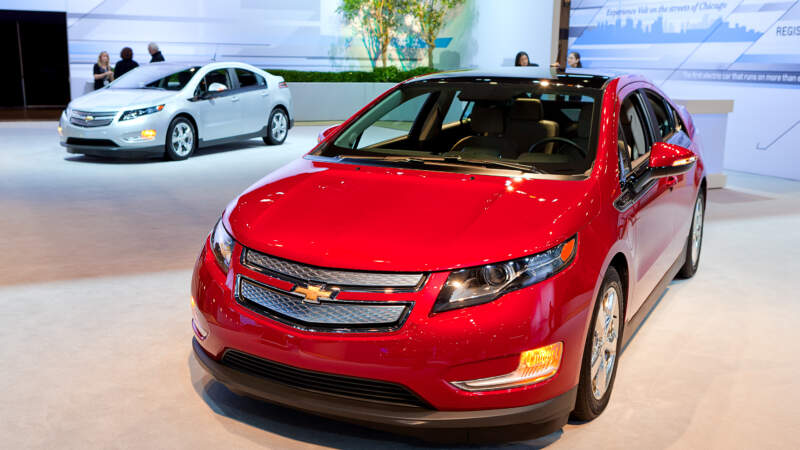