General Motors has officially opened its autonomous vehicle test track in Oshawa, Ontario, Canada. They will start using it to develop advanced technologies for both electric and self-driving cars, trucks and SUVs. The new facility is called the CTC McLaughlin Advanced Technology Track, or CTC MATT for short. The “CTC” identifies the track as part of GM’s “Canadian Technical Centre.” Meanwhile the “McLaughlin” is for Sam McLaughlin, founder of GM Canada.

The test track is an oval for continuous driving. It has four lanes with speeds ranging from 60-to-100 kilometers per hour. The 55-acre facility is situated next to GM’s assembly plant in Oshawa. That facility was actually closed last year, but was recently revived by the automaker. It now builds pick-up trucks.

GM said it will use the test track to help develop and integrate software and hardware for various systems. The key focus is on motion embedded controls, advanced driver-assistance systems, autonomous vehicle systems, infotainment, and other advanced technology projects.

The test track is already in use. However, GM still plans to hold an official grand opening event in a couple months. General Motor’s other Ontario facilities also include a cold weather testing operation in Kapuskasing, in northern Ontario. There are additional technology campuses in Markham and Oshawa, Ontario. Both of those locations are just outside of Toronto.

With this new test track facility, the Canadian Technical Centre becomes GM’s largest software engineering and development center outside of the United States. As the race towards electric and self-driving vehicles heats up, GM looks poised to be a major player. 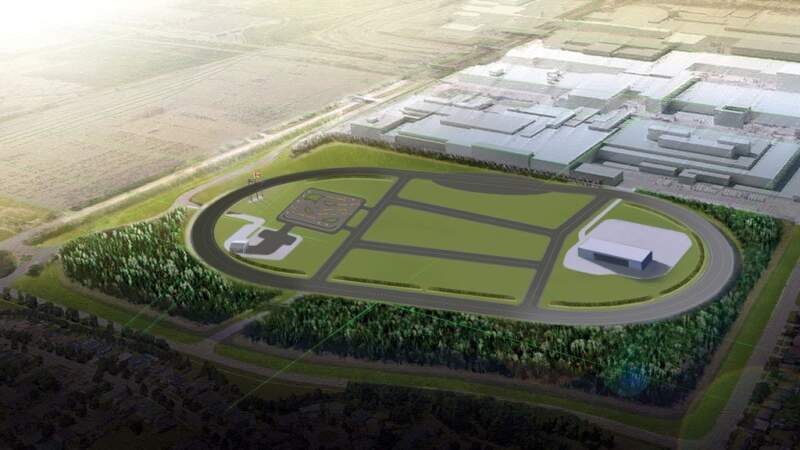