End of Decade Recap: The Coolest Sedans of the 2010s

The current decade known as the 2010s is coming to an end at midnight on December 31. As we approach that milestone, we thought we would take a look back at the different vehicles that helped to define the decade. Today, we look at sedans that were either popular or influential – or both. Some of these models reflect the changes in the automotive industry over the last ten years, in terms of both engineering and popular consumer tastes. Here are the 10 coolest sedans of the 2010s.

The 2010s was the decade of both the compact luxury sedan and the performance car. No vehicle combines those traits as seamlessly as the BMW M2. Over the years, the M2 has consistently impressed critics and proven to be a darling of the automotive press. The combination of supercar acceleration with a compact vehicle that is great on gas has won plaudits all over the world.

While not exactly cheap with an entry price of $60,000, the M2 is nevertheless one of the top BMWs on the market today. It also has impressive safety ratings, along with an 8.8-inch touchscreen that has a clean interface and rapid response times. Although Android Auto is unavailable, Apple CarPlay comes standard. Other standard features include Bluetooth and voice recognition, as well as dual USB ports and three 12-volt outlets throughout. One recent review of this car was a mere two words long. It simply read: “Buy one.”

The Honda Civic is an iconic sedan that has proven its staying power over the past decade. Despite being around for decades, the Civic continues to be one of the most popular cars in the world. This is due to its durability and endurance. Many Civic owners broadly boast online of having more than 300,000 miles (and counting) on their car.

Honda continually redesigns and improves the Civic, upgrading the engine on a regular basis and now offers touring and hybrid editions. With advanced safety features, it is hard to go wrong with a Civic. The redesigns continue to win “Car of the Year” awards from auto press outlets every year. This perennial bestseller continued to be one of the most common sedans on the roads and highways during the 2010s.

It’s been discontinued (along with all Ford sedans), but the Fiesta nevertheless helped to define the past decade. Its demise was not do to a lack of popularity, but rather a company wide decision to focus corporate attention on SUVs and pick-up trucks instead. Popular with Millennials and urban dwellers, the compact and peppy Fiesta had a solid reputation as a reliable subcompact car.

It was to Millennials what the VW Beetle was to Baby Boomers, in a way. Particularly popular was the Fiesta hatchback model that received a facelift in 2013. It proved to be a bestseller. An “ST” model of the Fiesta was popular with street racers too. Sadly, the Fiesta is no more.

Midsize sedans may not be as popular as they once were, but the Camry has continued to be a top seller for Toyota throughout the 2010s. Between 2010 and 2017, Camry nailed down the top reliability rating from the much-respected Consumer Reports every single year. The Camry also has a stylish look and a reputation for being a comfortable, quiet car.

The standard 2.5-liter four-cylinder engine provides good power and gets an impressive 32 miles per gallon of gas mileage. A 3.5-liter V6 engine option is also available. Both are paired to an eight-speed automatic transmission that is smooth.

A very frugal hybrid LE gets 47 MPG overall, without any sacrifice in trunk space. Apple CarPlay has been added to the infotainment system for the 2019 model, much to the appreciation of owners. Standard safety equipment includes forward collision warning and automatic emergency braking. Given its size and ample standard safety features, it should come as no surprise the Camry is popular with families.

For a smaller, peppier car that is still extremely safe (and won’t cost you a ton in repairs), it’s hard to beat the Mazda 3. For the past 10 years, owners have loved this car’s fun handling and solid engine dynamics. The Mazda 3 has earned its reputation as a “tiny tiger” of a car. It also has excellent safety ratings and crash test performances.

This is a perfect first car for young drivers who want some of the thrill of driving, and whose parents want peace of mind knowing their kid is safe behind the wheel. Mazda’s quality is top notch and more of these cars are staying on the road longer. It is not uncommon to find a Mazda 3 that is 10+ years old still chugging along. The Mazda 3’s engine, transmission, brake system, power equipment, and finish all passed extensive tests throughout the decade.

The Mini Cooper came into its own during the 2010s. Described as one of the most fun cars to drive, the Mini Cooper also benefits from winning top overall safety ratings. In praising newer models of the Mini Cooper, critics noted that the rear seating of the car has finally been enlarged. That’s helped eliminate one of the few complaints about this car – the lack of rear legroom.

While the 2014 Mini Cooper failed a government mandated side test that resulted in a costly and damaging recall, the car managed to bounce back by 2016 with an improved engine and enhanced safety features. Today, the Mini Cooper remains popular with hipsters and young drivers everywhere who love the car’s retro feel and performance.

In the midsize car market, the Nissan Altima has continued to dominate against competitors such as the Honda Accord, Toyota Camry, and Hyundai Sonata. This success is largely due to the fact that the Altima continues to be a competitively priced, roomy, and safe family sedan. As recently as 2017, the Altima was named a Top Safety Pick by the Insurance Institute of Highway Safety (IIHS).

The latest generation Altima comes equipped with a semi-autonomous driving option known as “Nissan ProPilot Assist.” A recent review in the New York Daily News called the newest version of the Altima “…better looking, better equipped, more technologically advanced, and more enjoyable to drive.” This is one family sedan that is not in danger of falling out of favor anytime soon.

In the luxury car market, few sedans have performed as well as the Lexus ES. This car has won the highest reliability ratings every year of the decade. Its powerful engine and reliable transmission continue to win praise, too. The combination of durability and luxury have made the Lexus ES a favourite among discerning drivers. Drivers continue to appreciate the car’s V6 engine and front-wheel-drive layout.

Now in its seventh generation, the ES now comes in a popular hybrid version too. There’s also an all new “F-Sport” variant. The safety measures on the newest Lexus ES are among the best in the industry. They rightfully have singled out for a lot of praise. First introduced in 1989, the Lexus ES has showed no signs of aging into obsolescence. It has continued to impress over the last 10 years.

It many ways, it the decade of the green car. No sedan exemplified that quite like the Toyota Prius. Often referred to as the original hybrid car, the affordably priced Prius (~$25,000) certainly helped to popularize less environmentally harmful driving over the past decade. Other car companies continue to play catch-up.

A perennial favourite of Consumer Reports, the influential news outlet states that the Prius “…still stands tall as an innovative green machine.” Key to the success of the Prius is its fuel economy, which is an impressive 52 miles per gallon. That’s the highest fuel economy ever recorded by Consumer Reports for a hybrid vehicle.

The Prius also continues to earn top marks for reliability, design, comfort, and handling. It boasts a comprehensive suite of safety and entertainment features. So many, in fact, that you may forget that you’re driving a small, green vehicle. Definitely one of the decades defining sedans. However, if you want to get a little greener…

No car has been as influential over the past decade as the all-electric Tesla Model 3. When historians look back at the 2010s, they’ll likely cite Tesla as the company most responsible for popularizing electric vehicles with consumers. Among the Tesla models, it is the Model 3 that has been the company’s bestseller.

An electric four-door sedan that sells for under $40,000 has helped to convince a growing number of drivers to go green. If there is a “people’s electric car,” it is certainly the Model 3. In addition to the price, owners seem to appreciate the best in class driving range of 250 miles on a single battery charge. It’s also leading the charge in autonomous driving, since the Model 3 has full self-driving hardware to be enabled in the very near future.

In February 2019, the Model 3 surpassed the Chevrolet Volt as the all-time best-selling plug-in electric car in the U.S., with global sales of close to 400,000. There are no signs that the Model 3 is slowing down. With electric cars changing the automotive industry and firmly positioned as the future of driving, the Tesla Model 3 is clearly the sedan of the decade — and perhaps beyond. 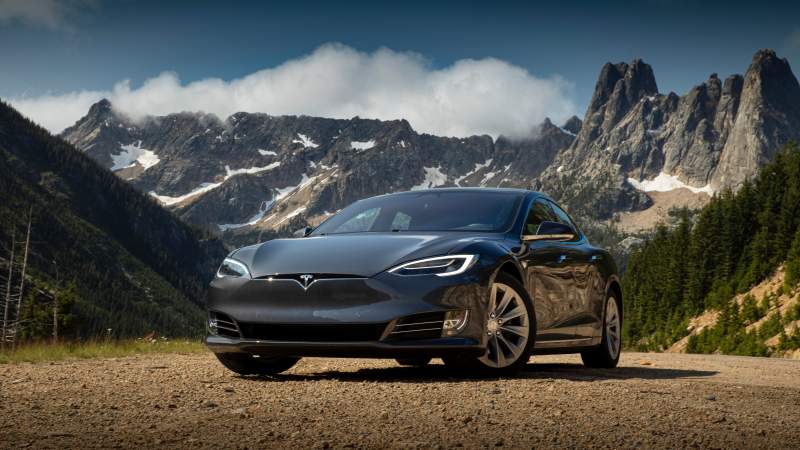