As one of America’s oldest and most well-liked car companies, Dodge turns out a great selection of vehicles every year.

For 2018, the company has continued its focus on its flagship muscle cars, but also integrated more technology and innovation into its various offerings. More than ever before, the Dodge lineup represents a marriage of raw power and intelligent features that make for a great driver experience.

Here are the primary offerings from Dodge’s newest lineup for the 2018 model year.

True to the past incarnations of the model, the 2018 Dodge Charger, starting at $32,995, is a high-performance muscle car capable of delivering an excellent and responsive driving experience. The 2018 Charger comes with four engine options, which are as follows:

In addition to its peak performance, the 2018 Dodge Charger also offers a wide range of entertainment and safety features. The Charger offers a seven-inch digital cluster display that keeps drivers appraised of critical vehicle information, as well as a hands-free calling and navigation system controlled by voice command. The center console contains a media hub with USB and auxiliary inputs for connecting devices. The 2018 Dodge Charger also offers Bluetooth connectivity and compatibility with Apple Music and Apple CarPlay. Topping off the infotainment system is a premium 10-speaker sound system.

In terms of safety features, the 2018 Dodge Charger offers:

Despite its extreme performance capabilities, the 2018 Dodge Charger was rated only number eight in the 2018 large car class by U.S. News and World Report. The reason for this is that the Charger doesn’t have a high reliability rating and doesn’t have as much interior luxury as some of its competitors. Nevertheless, the Charger was the recipient of the 2018 Edmunds Best Retained Value Award.

A close cousin of the Dodge Charger, the 2018 Dodge Challenger, which starts at $27,295, also focuses heavily on high-performance capabilities. Though visually very different and more reminiscent of a classic muscle car, the 2018 Dodge Challenger is very mechanically similar to its Charger counterpart and features the same set of engine options. A special variant, known as the Dodge Challenger Demon, features a variation on the 6.2-liter engine that produces up to 840 horsepower. The Challenger can be outfitted with an eight-speed automatic or six-speed manual transmission. Fuel mileage varies but tops out at 19 mpg in the city and 30 on the highway for the 3.6-liter V6. Outfitted with the 6.2-liter Hemi and an automatic transmission, the Challenger gets 13 mpg in the city and 22 on the highway.

The Dodge Challenger comes with most of the same infotainment features that are available on the Dodge Charger. On the Challenger, though, an upgrade to an even better sound system is available. This sound system is an impressive 18-speaker array powered by a 900-watt amplifier and manufactured by Harmon Kardon. The Challenger’s safety features are also broadly similar to the Chargers, including blind spot monitoring, forward collision warnings, adaptive cruise control, and automatic rain-sensing wipers.

The 2018 Dodge Challenger has been rated slightly better than the Dodge Charger, currently occupying the number five position on U.S. News and World Report’s list for the sports car class. The model is noted for its extreme power and ample passenger and trunk space.

Starting at $29,995, the Dodge Durango SUV is a bit of a departure from Dodge’s power-oriented muscle cars. Nevertheless, the Durango comes with three fairly powerful engine options, including:

With connectivity to SiriusXM, Apple CarPlay, Apple Music, Android Auto, and a hands-free calling system, the 2018 Dodge Durango is loaded with infotainment possibilities. More than the Charger and Challenger, the Durango’s interior is luxury-oriented, making for more comfortable driving. The SUV’s center console offers HDMI, USB, and auxiliary connections, and devices can also be connected by Bluetooth. Two available nine-inch screens mounted on the back of the front seats allow passengers to watch Blu-ray movies during long trips. A premium sound system from BeatsAudio rounds out the interior with excellent sound quality.

The 2018 Dodge Durango received a Large SUV Best Buy rating from Consumer Guide Automotive, a rating which has been continuously help by the Durango since 2008. The Durango was also rated number seven out of 19 midsize SUVs by U.S. News and World Report.

Because of its popularity as a family minivan, the 2018 Dodge Grand Caravan is loaded with entertainment and multimedia features that will keep younger passengers occupied on the go. Some of the infotainment features you’ll find on the new Grand Caravan include:

Though the model doesn’t bring in the awards it once did, the Dodge Grand Caravan still performs well against competitive minivans. The 2018 incarnation of the minivan has been reviewed positively both for its relatively low starting price point and its family-friendly features.

Rounding out the 2018 Dodge lineup is the Dodge Journey crossover, which starts at $22,795. This crossover is available with two different engines. The first is a 2.4-liter four-cylinder engine that produces 173 horsepower and 166 pound-feet of torque, while the second is the larger 3.6-liter V6 engine putting out 283 horsepower and 260 pound-feet of torque. Both engines on a standard Journey get 25 mpg on the highway, but the four-cylinder version gets 19 mpg in the city, while the six-cylinder version gets only 17. An all-wheel drive Journey is also available with the six-cylinder engine. In this format, the vehicle gets 16 mpg in the city and 24 on the highway.

Like most Dodge offerings, the 2018 Journey is well-appointed in terms of infotainment features. The vehicle comes with either a 4.3-inch or 8.4-inch touchscreen option, SiriusXM and Bluetooth connectivity, and auxiliary and USB inputs for devices. The Journey can also act as a mobile Wi-Fi hotspot for mobile Internet. A rear seat overhead nine-inch screen for watching movies and playing games is also available.

The safety features of the 2018 Dodge Journey are a bit sparser than some of Dodge’s other vehicles in the 2018 model year, but you’ll still find that the vehicle is quite safe. The Journey offers a backup camera, parking assist, brake assist, and electronic stability control. In addition, the 2018 Dodge Journey comes with Dodge’s regular frame design that is intended to keep you and your passengers safe in the event of a collision.

Overall, the Dodge Journey hasn’t been rated particularly well in this model year. In US News and World Report’s list of 19 midsize SUVs, the Journey came in last at number 19. Less than stellar performance specifications and an interior that doesn’t stack up well compared to other midsize SUVs were partially to blame for this fact. 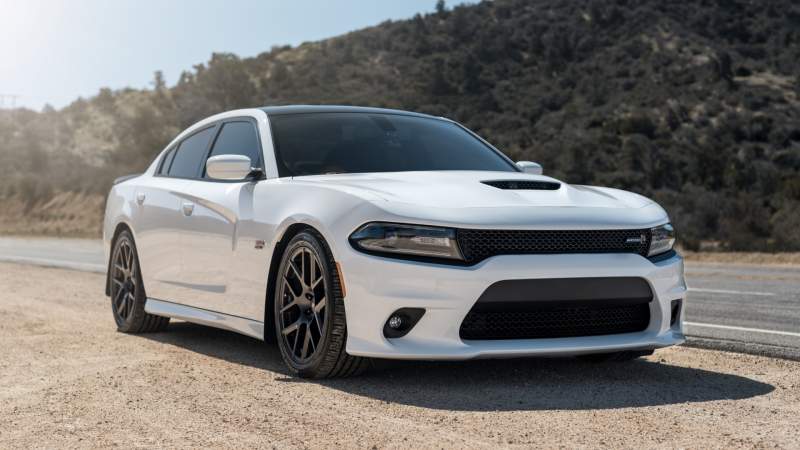