Decade in Review: The Coolest Sports Cars of the 2010s

Every car enthusiast has their dream garage, a concrete structure full of the finest metallurgical creations the world’s designers can fabricate. Which automotive masterpieces do you envision in your dream garage?

Well, if you’re looking for some ideas, we’ve gathered up some of the coolest sports cars of the 2010s, that is, the decade beginning in 2010 and ending in December of this year. Let’s take advantage of the 2020 vision to look back at what motoring marvels wowed us in the past ten years. Here they are, in no particular order — the nine coolest sports cars of the last decade.

When the Dodge Challenger Hellcat came out, modern muscle car enthusiasts couldn’t wait to get their hands on one. The sound of 707 horsepower just makes you want to sign on the dotted line so you can brag to your buddies. At the same time, this kind of power puts you in range of Ferrari and Lamborghini, which is prime crap-talking territory in any driver’s book.

Then here comes the Dodge Demon, a speed monstrosity if there ever was one. Dodge fitted the Challenger with 840 horsepower and 770 lb-ft of torque. That’s enough to scare the bumper off any old super car. Add to that mix the shocking 2.3 seconds that it takes for this hulking beast to reach 60 mph. We’d call that pretty cool, wouldn’t you?

Like another pick a little later, the Supra is a car made popular before the 2000s even hit but still remains an icon into the future. There are certain nameplates that stand out for a brand, and the Supra is one of those cars for Toyota.

Though we could have chosen the Porsche 911 GT3 RS or the Lexus LFA, the reason the Supra rose to the top lies in the fact that Toyota is typically a rather utilitarian brand. After all, when you put the Prius next to the Supra, how much more extreme does it get? At the same time, Toyota achieves high marks when it comes to integrating all those sports car characteristics. You’ve got a coupe design, sleek body panels, dynamic front and rear fascia, and of course the powerplant to back it up.

There are a lot of reasons we included the Bugatti Veyron, least of which are the numerous feats this vehicle has achieved. Can you believe the Veyron is nearly 15 years old? With “over 1,000 HP, a top speed of over 400 km/h and the ability to accelerate from 0 to 100 in under three seconds,” the Veyron doesn’t quite fit the daily driver bill. Then again, that’s why you buy a sports car. The Chiron has now taken up the mantle from the Veyron in some ways, and with other one-offs available, Bugatti likely won’t be closing its doors anytime soon.

The Japanese sure know how to take a simple two-door design and create stunning works of metallurgic wonders. The Acura NSX was quite a looker back in the early 90s. Now, the newest version has certainly taken that design and updated it to modern verbiage. Powered by a twin-turbocharged 3.5-liter V6 engine, this new generation is capable of 500 horsepower and a whole lot of fun. We chose the NSX as one of the coolest cars of the past decade because it shows the progression from the sharp angle lines of the past towards more rounded, sleeker models that evoke a sense of heritage even still.

Jaguar has long been a luxury brand that mixes a bit of spice into their usual Starbucks order. The F-Type — whether convertible or hard-top — definitely exudes the same pedigree found in even the four-door sedans produced by Jaguar. A low seated position, growling exhaust, and sleek lines top the list of favorite features. This car makes a Miata look like a regular housecat.

There’s a lot of math that goes into creating a vehicle. It’s not just the horsepower, the torque, the fuel economy, or even the seating arrangements. We’re talking power-to-weight ratio, which is the very concept behind the Koenigsegg One:1. The name reflects the fact that thez car has a 1:1 power-to-weight ratio. Beyond being cool in just achieving that mark, the vehicle itself is no mathematical nerd, at least in appearance. Say what you will about Koenigsegg himself, but we think he did well with the One:1.

The Mercedes-Benz SLS AMG was a model that staggered many an automotive critic. With its sexy stance and fancy gull-wing doors, the AMG GT dropped a lot of jaws. Benz broke from its stately demeanor to truly infuse the coupe platform with the essence of a sports car. It was discontinued after 2015, making room for an even better successor.

Then came the Mercedes-Benz AMG GT R Coupe, a more-successful sequel if there ever was such a thing. The GT R Coupe slingshots the driver back from the large, elongated nose of the car, but one look from the front and there’s no doubt this is a sports car meant to run with the best of them. Which you can do, if you’ve got the $162,900 it takes to call one of these GT R Coupes your own.

The latest generation of the Corvette — the C8, if you will — would have made our list had it not been for delays in production. However, the current generation’s ZR1 package will more than suffice. Starting at $123,000, this supercar challenger commands 755 horsepower and 715 lb-ft of torque. It can achieve 60 mph in just under 3 seconds. Of course, there are plenty design features that give away this powerful ‘Vette, from the body kit and spoiler to the slots cut into the hood.

James Bond drives nothing but the best. Or at least, not much besides an Aston Martin coupe. The latest Bond-mobile in the 2010s was the Aston Martin DB10, a car even Aston claims was “built for Bond.” Although only 10 units were ever produced (and of course none of them were for the likes of us), it’s hard to deny 007’s immaculate taste.

The DB10 is a sports car that everyone wanted, but only a few could have. Even without the Bond film franchise, we think the success of this coupe would have earned it a place among the other iconic Aston Martin models.

There are a number of models we couldn’t fit into the length of this article. And there are also some sports cars we think are still pretty cool, even though they were around since before the turn of the decade. Which sports cars struck your fancy in the last decade? Better yet, which ones would you add to your dream garage — even if you had to switch a few out to make room? 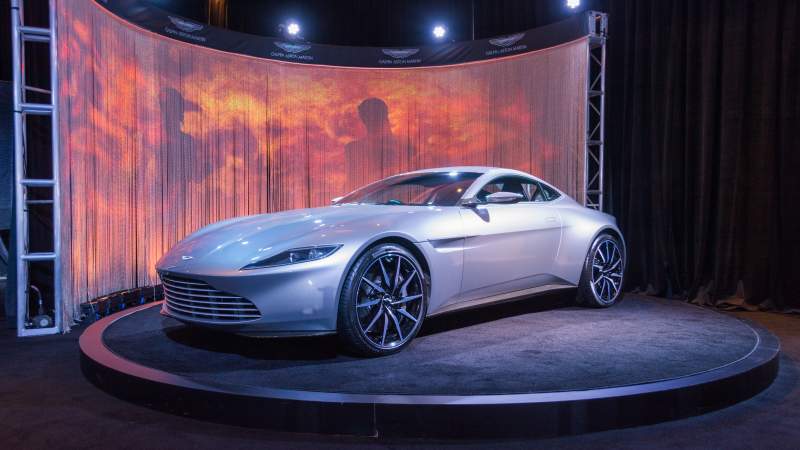