Cars Coming Before 2025 That Are Worth Waiting For

Car companies are releasing concept cars and release dates for new models earlier and earlier than ever. In some cases, up to five years in advance. That makes it fun for us to dream about the vehicles we’ll see in the not-too-distant future. Between now and 2025, there are several amazing looking vehicles coming to market. If you’re soon-to-be in the market for a new car, we think these will be worth waiting for.

Some of these vehicles are even developed and built by companies that have never made a car before. How cool is that? Here are ten vehicles being released in the next five years that we think are worth waiting to buy.

As everyone knows, electric cars are the future of the automotive industry. BMW is certainly moving in that direction with many new electrified cars coming in the next five years. Currently, car enthusiasts have the i3 electric hatchback and the i8 plug-in-hybrid sports car to choose from. While both of those have won critical praise, we’re most excited about the upcoming i4 sedan that is expected to be released in 2022.

The marketing experts at BMW are referring to the i4 as their version of the Tesla Model 3. That is, a mainstream and relatively affordable electric car that the German automaker is hoping appeals to the masses. Rumor has it that the BMW i4 will have a starting price of $50,000. We’ll see how many bells and whistles come standard at that cost.

Also being released in 2022 is Volvo’s attempt at a more affordable entry level car. Today, the least expensive Volvo is the XC40 crossover, which has a starting price of close to $35,000. That’s hardly affordable for many people. However, like BMW, Volvo is hoping to entice a new demographic of drivers with its new generation of car.

Called the V40 this new model is still a couple years away. The company is re-purposing the “V40” name applied to its long line of compact vehicles. Despite the “old” name, they are promising to incorporate all the latest technology and style into this new model. It’s a clear play for the millennial generation’s business. It just might work, too. Volvo is hoping the new V40 will be the right price point for younger customers in North America and beyond.

Jaguar is sticking with the four-door sedan in a big way with its full-size XJ. This model will be completely redesigned and relaunched for the 2021 model year. Judging from the concept previews, the all new XJ will be bold and exciting – and fully electric!

Jaguar is promising that the 2021 XJ will be a legit EV and offer owners 300 miles of driving range on a single battery charge. They also claim it will have ultra fast charging times. Being a Jaguar, you can bet that the new XJ will also come fully loaded with all the comforts one would expect from a luxury sedan. The exterior styling in the concept looks nifty too – sleeker and sportier than previous Jag sedans.

Believe it or not, vacuum company Dyson is coming out with a car. Apparently after perfecting the vacuum cleaner, Dyson now wants to expand its manufacturing capabilities to vehicle production. Founder and CEO Sir James Dyson first announced plans to start building cars back in 2017. They put forward nearly $3 billion to get the vehicle manufacturing off the ground.

While initial plans to make the car (a sports car, no less) an all-electric vehicle were scrapped due to high costs, Dyson says he still plans to move the company into car manufacturing. He adds that he wants to develop a car that will rival the McLaren sports car. Only time will tell if Dyson succeeds. We wouldn’t expect to see this concept car become a reality before 2025. Dyson faces many challenges if they move forward in the auto sector, but they have a history of producing game-changing products.

A revamped Porsche 911 will arrive for 2020. The iconic sports car is getting a complete refresh. The automaker is promising multiple new variants for the car, including a GTS, GT3 and Turbo model. As with all past 911 models, the Turbo variant will represent the top trimline.

Porsche is also promising that the newly overhauled 911 will be the fastest version of the timeless sports car yet. With a twin-turbo 3.0-liter flat-six engine under the hood, there’s little doubt they will achieve that. Other details include a sport exhaust system, digital instrument cluster, and wider body. Just don’t expect this car to be cheap, as the base model pricing has been set at $$98,750.

Tesla likes to spend time perfecting each of its models. They are slower than most car companies to roll out new vehicles. Elon Musk already spent a long time working on the Model 3, Model S, and Model X electric cars. It is therefore exciting to hear that Tesla will be rolling out a new vehicle in 2021.

Called the Model Y, this new Tesla will be an all-electric compact crossover vehicle that comes equipped with four normal doors. There are no gull-wing doors on the Model Y. Company observers seem to agree that Tesla is moving in the right direction with the Model Y, given consumers interest in smaller SUVs and crossover vehicles. With the Model Y, Tesla also hopes to appeal to younger vehicle owners who want both compact and electric vehicles that are high-tech and good for the environment.

Finally, Chevy is releasing a Camaro SUV. The iconic muscle car is, at long last, getting the SUV treatment in what can only be described as “evolution on steroids.” Chevy was apparently inspired to develop an SUV version of its bestselling Camaro after it learned that Ford is planning a Mustang-based SUV too.

While Camaro purists are balking at the very idea of changing the form and model of their beloved muscle car, we think a Chevy Camaro SUV has potential. At the very least, it deserves a test drive. Many automotive industry analysts expect more marquee brands to rollout SUV versions of their bestsellers in coming years – especially if the Camaro and Mustang SUVs prove to be a hit.

We’re also excited to hear that the F8 Tributo will be available in a roofless “Spider” version. People who’ve been thinking about acquiring a Ferrari would be well-advised to hold out for this model to hit dealerships. Bring your wallet though, as the base price is expected to be at least $275,000.

Like the aforementioned Dyson, smart phone builder Apple is also getting into the automotive game with its new “Apple Car.” Previously known around Apple’s California headquarters as “Project Titan,” the Apple Car promises to be a fully electric self-driving car. Recently, Apple applied to the U.S. National Highway Traffic Safety Administration (NHTSA) for the ability to test autonomous vehicles on public roads. Exciting!

Apple has done a great job keeping the details secret. While it likely won’t be available to own until 2025 (maybe even later), the Apple Car has potential to integrate hardware, software, and services under one roof, using Apple designed chips. However it turns out (assuming it’s even a real thing), we’re excited to see how the company behind the MacBook, iPod, and iPhone reinvents the car.

For pure style and driving pleasure, we’re looking to the new Aston Martin mid-engine sports car. It looks so cool it hurts. It’s meant to be a more affordable option than the million-dollar Valkyrie sports car. The still untitled mid-engine Aston Martin is aimed squarely at competing against other high-end sports cars such as the Ferrari 488 and McLaren 720S.

This Aston Martin, in particular, is likely to resemble a Ferrari, given that it is being developed by former Ferrari engineer Max Szwaj. He’s already considered one of the top sports car engineers on the planet. He brings with him all the trade secrets he gleaned while working at for the Italian brand. Count us among the excited people who can’t wait to see this car at auto shows around the world in 2021.

Here is some of the early concept art: 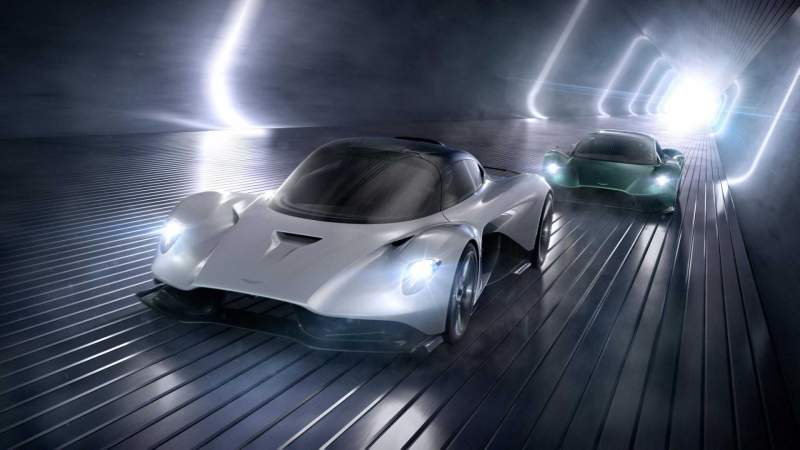