Vehicle sales fell more than 30% in the U.S. during the second quarter of 2020. It’s the biggest drop since the Great Recession of 2008 and 2009, when the mortgage bubble burst.

General Motors, the largest US automaker, saw a 34% sales drop between April and June. Last week GM announced that it will cut 700 jobs at their Tennessee automotive plant due to the drop in demand for the SUVs built there.

Automotive sales were hurt by a number of factors. Record job losses severely limited consumer spending. Additionally, mass work-from-home policies temporarily put daily commutes on hold. The closure of most automotive manufacturing plants for much of the second quarter also limited the supply of new vehicles at dealerships that were open.

Fiat Chrysler reported a 39% decline in revenue. They pointed to the sharp drop in rental fleet sales. Rental car companies typically buy about 10% of U.S. car sales in a normal year. Toyota reported a 35% drop in second quarter U.S. sales, although it saw an improvement as the quarter progressed. Toyota’s June sales were off 22%, the company said.

It seems unlikely that there will be an increase in vehicle sales throughout the summer. Automotive research firm LMC projects a 22% decline for the industry over the course of the year.

To survive the current downturn, major automakers have been selling debt or taking out cash from previously arranged lines of credit to stay afloat. However, that debt poses new problems. Credit rating agency Moody’s recently downgraded more than $130 billion of automakers’ debt. They also warned that further downgrades are possible, given the current challenges facing the industry.

“We estimate vehicle sales will slump at least 20% in 2020 and will take several years to recapture 2019 levels,” said Moody’s in a written statement. 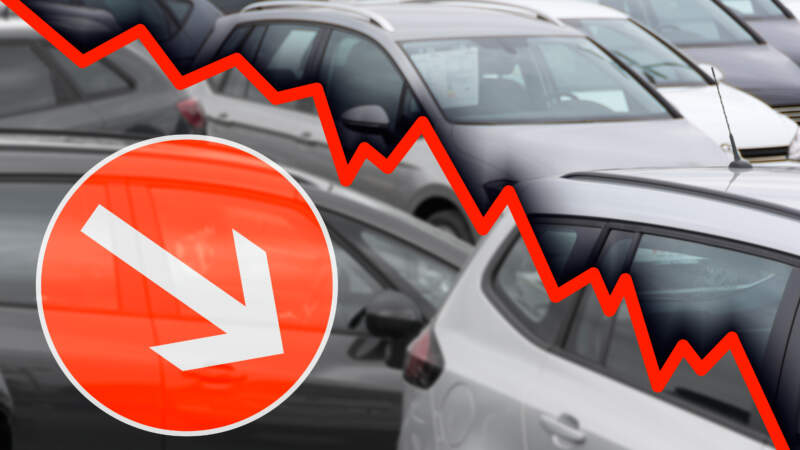