Cadillac is a brand long associated with luxury and of course, rather large, limo-like automobiles. Some models have been compared to boats due to their unwieldy handling capabilities and sheer massive size. With a flair for dramatic fins and titillating front bumpers, chromed Cadillacs still enjoy a special place in the hearts of many car lovers.

The 2018 Cadillac XT5 is the Escalade’s smaller SUV companion, only one of two models to make up the luxury SUV segment for this iconic brand. While there are certainly fancier marques and models on the market today, Cadillac has carved out a niche for itself, as a quality brand that offers customers luxury at a relatively affordable price. At least, more affordable than Bentley, Rolls-Royce, or Mercedes-Benz.

Cadillac’s XT5 replaced the SRX nameplate two years ago, and shows no major style changes for 2018, with some minor changes across the board. Let’s take a closer look.

All 2018 Cadillac XT5 models are powered by a 3.6-liter V6 engine capable of 310 horsepower and 271 lb-ft of torque, paired with an eight-speed automatic transmission. Unlike last year’s models, the 2018 XT5 does not require premium gasoline. Models can be purchased in either front-wheel drive or all-wheel drive. The 2018 Cadillac XT5 can tow up to 3,500 pounds.

Customers can purchase the 2018 Cadillac XT5 in the following colors:

With only one engine option, the 2018 Cadillac XT5 doesn’t do great in terms of fuel efficiency. Ranked 16th by Kelley Blue Book, it sports 18-19 city EPA-estimated mpg, and 25-26 highway mpg, according to U.S. News. Plus, no hybrid model means the SUV doesn’t post good numbers compared to other marques.

Edmunds does point out that this newer version is more fuel efficient than the SRX, the model’s predecessor, but with less weight overall, it’s easy to see why that might be the case. Consumer Reports identified weight loss as one of General Motors’ goals for their models. Knowing that most consumers are focusing on fuel efficiency numbers, it is a smart move on GM’s part. 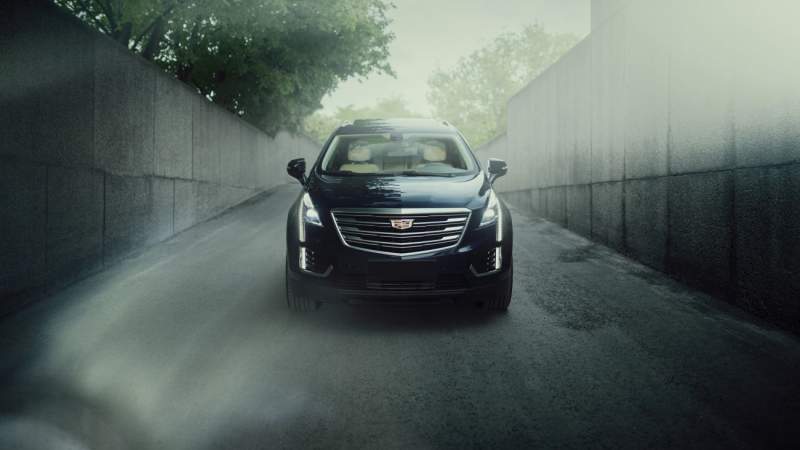 Kelley Blue Book reported that the National Highway Traffic Safety Administration awarded the 2018 Cadillac XT5 four out of five stars for their Frontal Crash and Crash Test assessments, and five out of five stars in the Side Barrier and Side Crash tests. Consumer Reports noted that Forward Collision Warning and Automatic Emergency Braking are available on all but the most basic of trims.

Setting the pace for the 2018 XT5 is the Standard model, which costs around $40,595. Customers will receive an eight-way adjustable front driver’s seat, a power-tilt and telescoping steering column, 18-inch wheels, and available all-wheel drive with heated front seats. A Bose eight-speaker sound system is also featured, alongside a Rear Vision Camera and Rear Park Assist.

Luxury models ring in at around $6,000 to $7,000 more than the Standard model. Buyers will enjoy everything included in the Standard package, as well as an UltraView Power Sunroof, heated outside mirrors with driver-side auto-dimming, and a heated steering wheel. Safety features include Lane Change Alert with Side Blind Zone Alert.

Platinum-trimmed XT5 models feature 20-inch wheels an eight-inch reconfigurable gauge cluster, and leather all around. Drivers will be updated on their speed with the Heads-Up Display and enjoy the Surround Vision and hands-free liftgate features. Customers will pay about $64,00 for this top model.

If it’s a small luxury SUV you’re looking for, check out the 2018 Cadillac XT5’s trim levels to see which one best fits your needs.

How the 2018 Cadillac XT5 Compares

The experts had a lot to say about the 2018 Cadillac XT5, and it’s a mix of good and bad. U.S. News liked that the XT5 was compatible with Apple CarPlay and Android Auto, and along with wireless charging. Edmunds reported the V6 didn’t dazzle them, but Kelley Blue Book makes a good point: the transmission is built for fuel economy, not performance.

Kelley Blue Book (KBB) offered a lot of great advice on this model. Though it loses to the Lexus RX, Jaguar F-PACE, and Toyota Highlander Hybrid in terms of fuel economy, it achieved a sixth ranking in horsepower. KBB experts applauded the start/stop feature that temporarily turns the engine off when idling for a specific amount of time, but the transition between on and off, and then off and on, is rather noticeable.

In terms of trims and value, both Consumer Reports and Edmunds agreed on the Luxury level, with Consumer Reports recommending the all-wheel drive option. At any higher price, the 2018 XT5 soon enters into Audi, BMW, Mercedes-Benz, and Jaguar territory.

Those considering the 2018 Cadillac XT5 should also test drive the Audi Q5 and Q7 twins, BMW’s X3 and X5, the slew of Mercedes-Benz SUVs available, Land Rover’s SUV lineup including the Range Rover Evoque, and Jaguar’s F-PACE. These models make up a large part of the luxury SUV segment. Audi certainly offers a great balance of interior quality and under-the-hood fun, with BMW offering a similar package. Mercedes-Benz certainly earns its reputation as a status car that drips luxury even as it whips away, growling. Jaguar’s F-PACE will growl back, but it’s the stout Land Rover and Range Rover models that offer a bit more to those looking for some outdoor fun and off-roading adventure. Luxury-style, of course.

The 2018 Cadillac XT5 certainly isn’t as large as its very first predecessors used to be, but it does offer an affordable luxury SUV option for those not willing to pay out their hard-earned money to the Germans. Test drive the Cadillac XT5 today and see for yourself if you’d like to join the millions of other people who’ve proudly owned a Cadillac. 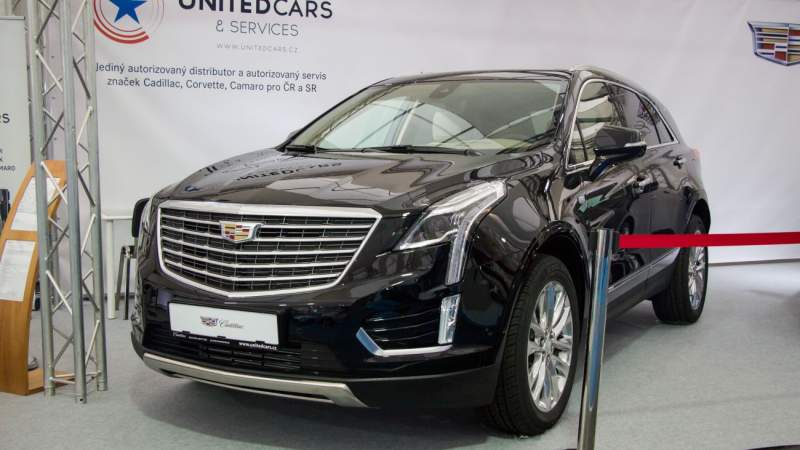