Most of the laws governing our driving come down to common sense. Obey posted speed limits. Use the left late to pass. ALWAYS yield to pedestrians. The problem is, outside of general driving rules, not every state shares the same laws. Once you pass state lines, you’re responsible for knowing the laws of that part of the country.

For the most part, these laws only differ in minor ways. You probably don’t really need to worry about them. However, there are some driving laws out there that are so strange, you wonder how they ever enacted in the first place. If you find yourself driving in one of the following ten states, look out for these outright bizarre U.S. traffic laws.

Alaska – No Dogs on the Roof

Alright, let’s address the obvious here. Of course it should be illegal to tie a dog to the roof of your car. It’s great that Alaska recognized such cruelty should be punishable under the law. However, what makes this specific law kind of silly is it seems more than a little redundant.

It should be common sense that tying your dog to the roof of your car is wrong — especially in a state that gets as cold as Alaska. Not only that, but wouldn’t it already be punishable under animal cruelty laws?

This is just pure speculation, but either this was a common enough occurrence in Alaska to warrant such a law being created, or an Alaskan lawmaker just never got over that 1983 Mitt Romney dog incident.

One problem North American drivers have is that we arguably don’t use our horns enough. At least, not when we should. However, did you know it’s illegal to use your horn in certain parts of Arkansas after 9:00 p.m.? In both Little Rock (Sec. 18-54) and Fort Smith (Sec. 16-45), it’s illegal to sound your vehicle’s horn in the late evening. Oddly enough, it’s only in certain spots. For whatever reason, the law applies only to places where cold drinks or sandwiches are served.

I could understand not being able to use your horn in a residential neighborhood at night. After all, people are trying to sleep. But why outside a Subway or a Starbucks? Are Arkansas lawmakers concerned customers will spill condiments all over themselves if they’re jolted by a blaring car horn?

Actually, come to think of it, eating a footlong in peace sounds pretty good. This is a good law.

California is generally viewed as a progressive state. However, not when it comes to women drivers, it would seem. Thanks to an antiquated law, women are forbidden from operating a vehicle whilst wearing a housecoat (or nightie, if you prefer). What makes this even more bizarre is that California doesn’t have a law requiring drivers to wear shoes behind the wheel, which is generally accepted to be a standard safety requirement.

While you’re probably not going to get pulled over for violating this law, police have pulled people over for far less. Then again, if you’re regularly driving around in your housecoat, maybe a fine will help convince you to put on some actual clothes for a change.

Delaware – Your Car is Not a Change Room

One of the inconveniences of public beaches is that many of them lack adequate changing facilities. If you’re lucky, you can maybe find a port-a-potty. This means that many of us have been forced to change into our swimsuits in the semi-privacy of our cars at one point or another. You probably thought nothing of it, other than it being a bit cramped.

Well, if you ever visit Delaware’s Fenwick Island, I’d advise not donning your trunks in the back seat. Doing so could land you a hefty fine. In fact, a whole bunch of car activities are prohibited on Fenwick Island.

Under their law Article I – Regulations Regarding Camping, Beaches, Parks and Vehicles:

“It shall be unlawful for any person to live, dwell, cook, sleep, change clothes or use toilet facilities inside any vehicle within the corporate limits of the Town of Fenwick Island, Delaware.”

Florida – Pay to Park Your Elephant

Florida is definitely a state you’d expect to have some weird laws. But an elephant-related driving law? Even for Florida that’s a bit much. To sum up: the state has an old law that states you cannot leave an elephant tied up at a parking meter without paying the parking meter fee.

This begs the question: was there a time in Florida’s history when needing to park an elephant was enough of a concern to write a law for it? The answer, shockingly, is yes. In a specific part of the state, at least.

In 1927, John Ringling moved the Ringling Brothers Circus’ winter operations to Sarasota, Florida. Ringling had purchased St. Armand’s Key a decade prior and used elephants to help build the first causeway to St. Armand’s Circle. Parking meters weren’t invented until the mid-1930s. Evidently, there were still enough elephants in Florida at the time to warrant the creation of an absurd parking law.

Road rage is a serious problem. In fact, the National Highway Traffic Safety Administration found that 66% of traffic fatalities are caused by aggressive driving. Even though we all know we shouldn’t get angry when someone cuts us off in traffic, it takes almost superhuman self-control not to swear out loud when it happens. Unfortunately, if you’re caught uttering foul language while driving in Rockville, Maryland, you could find yourself with a ticket.

There’s a loophole though, right?. As long as no one hears you, it’s fine! Not so fast.

The next part states, “A person may not act in a disorderly manner by profanely cursing, swearing or using obscene language.” Basically, if you utter so much as one F-bomb in Rockville, you better turn yourself over to the authorities! We don’t expect this law to hold up against the First Amendment in the Supreme Court, though.

If you live in Minnesota and drive a vehicle year-round, it’s going to get dirty. Sorry, but that’s just the reality of living in a state with a continental climate. Apparently, lawmakers in the city of Minnetonka, Minnesota never got the memo. That’s the only reasonable explanation for the city’s ridiculous law surrounding vehicles and dirt.

According to Minnetonka’s home rule charter section 845, it’s considered a public nuisance for “a truck or other vehicle whose wheels or tires deposit mud, dirt, sticky substances, litter or other material on any street or highway.” Violaters are subject to fines up to $2,000.

However, according to a spokesperson (via CNBC), the city “attempts several other measures to mitigate the situation before pursuing misdemeanor charges.” So if you ever find yourself in Minnetonka, make sure to hit up one of the city’s many local car wash stations.

Everyone knows Nebraska is the place to go for mountaineering and other high altitude adventuring. Wait a minute, that can’t be right. Isn’t Nebraska one of America’s flattest states? As a matter of fact, it actually ranks 20th out of 50 states for elevation. Nebraska’s highest point is Panorama Point (aka Constable Mountain), which sits at 5,429 feet (1,655 m) above sea level. But here’s the rub. Panorama Point isn’t so much a mountain as it is a low rise on the High Plains.

Despite not having any actual mountains to speak of, Nebraska still has a law overseeing mountain driving. Under statute 60-6, 181: “The driver of a motor vehicle traversing defiles, canyons, or mountain highways shall hold such motor vehicle under control and as near the right-hand side of the highway as reasonably possible.”

Perhaps Nebraskan lawmakers are anticipating some mountains forming in the state sometime in the next million years or so? If so, you have to admire that level of forward-thinking!

We all know it’s illegal for front passengers to have an open container of alcohol in a moving vehicle. However, it’s actually legal to do so in 10 states: Alaska, Arkansas, Connecticut, Delaware, Missouri, Mississippi, Rhode Island, Tennessee, Virginia, and West Virginia. Bet you didn’t know that!

However, in the small town of Scituate, Rhode Island, you can do neither. In fact, it’s illegal to transport alcoholic beverages by vehicle entirely. It gets even more absurd. The law also bans people from possessing alcohol on any town property. Sure, there are dry towns all over the country but the situation in Scituate is just downright bizarre.

South Carolina – No Trash in Your Car

Having a clean car is important. However, there are many drivers who have a nasty habit of leaving refuse in the back seat instead of a trash can. Hey, some of us are just messy people, okay! Besides, if it’s our car, shouldn’t we be allowed to keep the interior as dirty as we like?

Well, if you ever find yourself in Hilton Head, South Carolina, you may want to think twice of building that fast food bag fort in your backseat. If you get pulled over with trash in your car, you could find yourself in legal trouble. The reason? Rats.

According to Hilton Head island’s Code of Ordinances, “It shall be unlawful for any person to place, leave, dump or permit to accumulate any garbage, rubbish or trash in any building, vehicle and their surrounding areas in the town so that the same shall or may afford food or harborage for rats.” Well, that’s one way to avoid a bubonic plague outbreak! 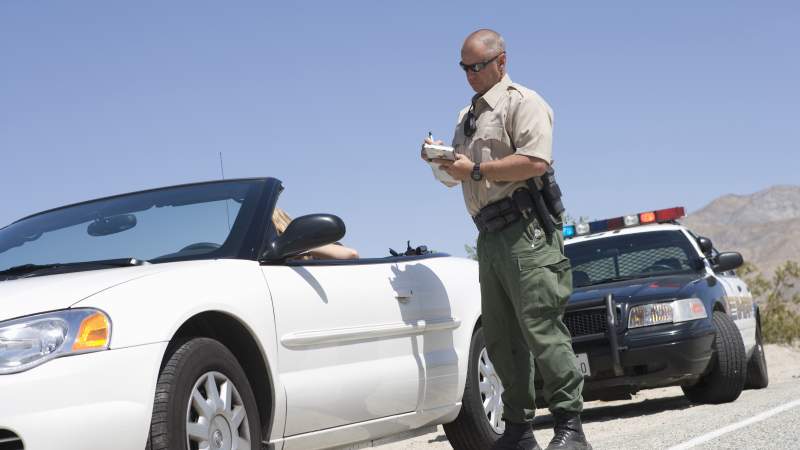