Before Their Time: Unsung Heroes Who Shaped The Modern Auto Industry

The progress of history has been built on the hard work, visions, and innovations of countless unsung heroes. Such is the case with the automotive industry. For every celebrated visionary like Henry Ford or Elon Musk, there are hundreds of others you’ve never heard of. They are the uncelebrated engineers, scientists, and designers whose creations have helped to evolve the automobile into the technological marvel that we enjoy today.

The modern car was built slowly over more than 100 years. Advancements is everything from engines to safety equipment were slowly added. Many of them eventually became widely adopted. Here is a list of eight unsung heroes of the automotive industry. They aren’t household names. Some of them even struggled to earn any accolades in their own lifetime. However, history looks back kindly on their genius, since their contributions have helped shape today’s vehicles.

Headrests are a simple invention. In fact, you probably just take them for granted. However, there was a time when cars didn’t come with headrests. Unbeknownst to most, headrests were actually invented as a safety device to prevent whiplash during accidents. Initially called “head restraints,” the modern-day headrest was invented by a designer named Benjamin Katz in Oakland, California in 1921.

Katz got the idea after reading police reports about car accidents. He noticed that a large number of people suffered neck and spinal injuries when their heads snapped backwards during collisions. From there sprung the simple idea of the head restraint.

While the first head restraint was patented in the 1920s, it took 40 years for headrests to become widely adopted. It wasn’t until the mid-1960s that headrests began showing up as an optional safety feature. After extensive trials and study, the National Highway Traffic Safety Administration (NHTSA) made headrests mandatory in all new cars sold in the U.S. starting in 1969.

Believe it or not, there was a time when cars weren’t even equipped with windshields. People drove in the open air. There’s a reason the very first cars were marketed as “horseless carriages.” If it started to rain, they simply opened their umbrellas. Goggles were often used to shield their eyes from wind or dirt while driving.

Although cars started to appear in the 1890s, the very first windshield wasn’t invented until 1904. It was made of two-pieced plate glass that happened to shatter easily. It wasn’t until 1919 that Henry Ford employed windshield technology that he discovered on a trip to Paris. That’s where he happened to meet French scientist and chemist Eduoard Benedictus.

Benedictus developed a cellulose layer that separated the two layers of plate glass. It made the modern windshield both possible and practical to install in early cars. The cellulose held the glass together and prevented it from shattering into pieces in the case of an accident. However, Ford still spent nearly 30 years fiddling with and perfecting Benedictus’ windshield invention. It wasn’t until 1934 that the curved windshield (which is now commonplace) was widely adopted in cars. Today, all windshields hearken back to Benedictus’ earlier invention.

Robert Kearns is famous for two things. Sure, there’s his automotive invention. More on that in a second. He’s arguable more famous, however, for the legendary legal battle he waged to actually get credit for it. Kearns invented the intermittent windshield wiper blade in 1963. It proved to be a real convenience. Drivers loved it.

Prior to Kearns’ invention, windshield wipers had only one speed – fast. Depending on how heavy the rainfall was, this could be irritating. Kearns’ wiper blades changed the automotive industry by operating at timed intervals instead of a constant speed. Today, intermittent windshield wipers are common in nearly every single vehicle sold.

However, rather than be celebrated from his invention, Kearns saw the Big Three steal the idea. After patenting and pitching his invention to Ford, Chrysler, and GM, he was quickly rejected. Instead, the major automotive players developed their own replicas of Kearns’ invention. He spent the next 30 years fighting in court to win recognition and financial compensation for his invention. He eventually received more than $30 million in damages. The whole ordeal was made into a movie in 2008, called Flash of Genius.

The Tucker 48 was a revolutionary car concept. It has proven to be hugely influential to the modern automotive industry. Entrepreneur and visionary Preston Tucker, a former police officer who tinkered with car design in his spare time, named the Tucker 48 for its production year (1948). While now regarded as visionary, the Tucker 48 proved to be too far ahead of its time when released. Especially in terms of safety features.

The concept car had a directional third headlight. It would light the way around corners. It also had a perimeter frame for protection during crashes. The steering box was located behind the front axle to protect the driver in case of a head-on collision. The windshield was made of shatterproof glass. It was all quite futuristic for a vehicle made in 1948.

Sadly, legal and financial problems scuttled the Tucker 48 before it could be mass produced. The venture never materialized. However, other major car manufacturers were quick to adopt many of Tucker’s safety features and innovations. The story of Tucker and his remarkable concept is chronicled in the 1988 movie Tucker: The Man and His Dream.

Do you remember a world before GPS? It’s hard to, we admit. However, it wasn’t that long ago we had to wrestle with large folding maps to figure out how to get to our destination. We can all thank Roger Easton for ending the map madness. He invented the modern GPS system that is built into cars (and smartphones) everywhere.

A pioneering physicist, it was Easton who invented the TIMATION program. It’s a three-dimensional navigation system that leveraged satellites with super precise clocks to create the Global Positioning System (GPS). Originally developed in the 1960s for military purposes, GPS is now available to all of us thanks to heavy lobbying by automotive companies. These days, we take GPS for granted. We can just hop in the car with a destination in mind, and count on GPS to get us there safety.

Cruise control was invented by a man named Ralph Teetor. Amazingly, he was legally blind. After losing his sight in an accident at the tender age of five, Teetor grew up to be a prolific inventor despite having no vision. Legend has it that his heightened senses of touch and hearing gave him the ability to solve complex mechanical problems. Though many of his inventions were for cars, he never drove one himself.

The inspiration for cruise control came after Teetor had an argument with his patent lawyer. The lawyer claimed he had trouble maintaining a consistent speed while shifting gears manually. Teetor thought that inventing a way to keep a vehicle at a constant speed would help drivers. He was right. He patented his invention in 1953 under the name “Speedostat.” It was first used by Chrysler on its 1958 models. The invention was a hit and is now standard in most cars.

If it wasn’t for the internal combustion engine(ICE), automobiles as we know them wouldn’t exist. And if it wasn’t for Nikolaus August Otto, there would be no ICE. A German engineer, Otto is credited with developing the engine that today runs on petroleum gas.

The “Otto Engine” used a technology in which the ignition of the compressed fuel-air mixture is initiated by a spark. This same concept has been used with all engines of this type built since the very first one invented by Otto in the 1880s. Otto also established the first engine factory and eventually sold his ICE to Karl Benz and his business partner Gottlieb Daimler. They, in turn, used it in the first car they produced. Essentially, the ICE was the “spark” that made today’s automobile industry possible.

So much has been written and filmed about John DeLorean and his infamous car, the DMC-12. Frankly, it’s hard to know where to begin. Before his drug bust, bankruptcy, and trial. Before Back to the Future and the DMC-12’s pop culture redemption, there was a revolutionary vehicle. John DeLorean hailed it as the “sports car of the future” in the 70s.

Despite all the hype (and criticism), the DMC-12, commonly known simply as “The DeLorean,” featured many revolutionary design concepts that are still used today. From the infamous gull wing doors to the durable “aluminum” body, the DMC-12 endures as an influential sports car. Its reputation has survived scandal, ridicule, and many legal challenges. Only 9,000 DMC-12 models were built before the DeLorean Motor Company went out of business. Even with that failure, John DeLorean was clearly onto something with his unorthodox vehicle. Perhaps it was just ahead of its time? 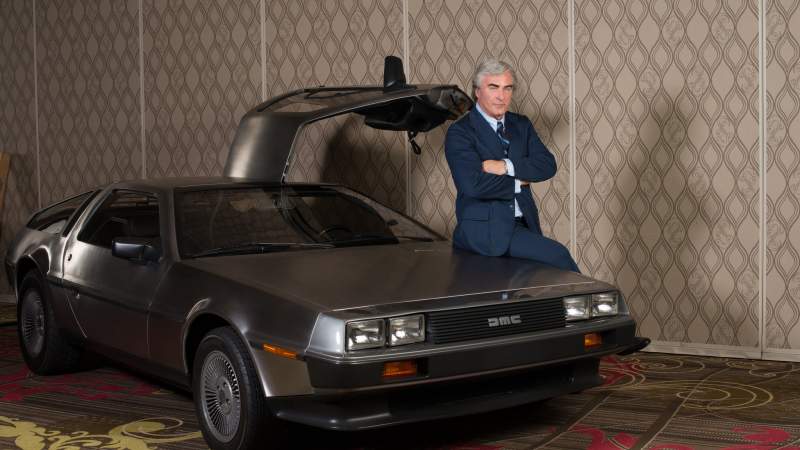