At their inaugural Battery Day, Tesla made a number of notable announcements. The most intriguing was a pledge to bring a sub-$25,000 electric car to market within three years.

Tesla CEO Elon Musk also outlined a more efficient way of making batteries. They claim it will cut the cost per kilowatt-hour in half. The advances in battery technology could ultimately increase the distance Tesla’s vehicles can travel by twice as much. That would enable the automaker to make a $25,000 electric vehicle in the very near future.

Musk added that Tesla expects battery shortages starting in 2022, despite pushing their third-party battery cell suppliers (Panasonic, LG and CATL) to move “at maximum speed.” The company is piloting production of their own batteries at its factory in Fremont, California. They plan to build a cathode production plant in North America too, although the location is still undetermined.

The cost of batteries is typically the single biggest expense in producing electric cars. The vehicle’s range — the distance it can travel on a single battery charge — is critically important to consumers. A longer range means less need to find a charging station. Range anxiety is one of the biggest reasons some people are still skeptical of EVs.

Currently, Tesla’s Model S Long Range Plus can complete a 400-mile journey without needing to be recharged. That is industry leading and much farther than EVs made by traditional automakers. On the other hand, the Model S starts at around $70,000. There are cheaper EVs on the market, but they can’t drive as far.

Musk said at the Battery Day event that customers can now order a new version of Tesla’s flagship sedan. The Model S Plaid edition will be available for delivery as soon as the end of 2021. That vehicle has a starting price of nearly $140,000. However, it can travel 520 miles on a single charge.

With battery prices dropping, the market for electric cars is growing. Other automakers are working hard to catch up to Tesla. However, Tesla has, to date, dominated the EV segment. Musk said Tesla would increase car deliveries by up to 40% this year. At Tesla’s annual shareholder meeting immediately before the battery presentation, Musk said Tesla expects to release a private, beta version of their first fully self-driving car software by year’s end. 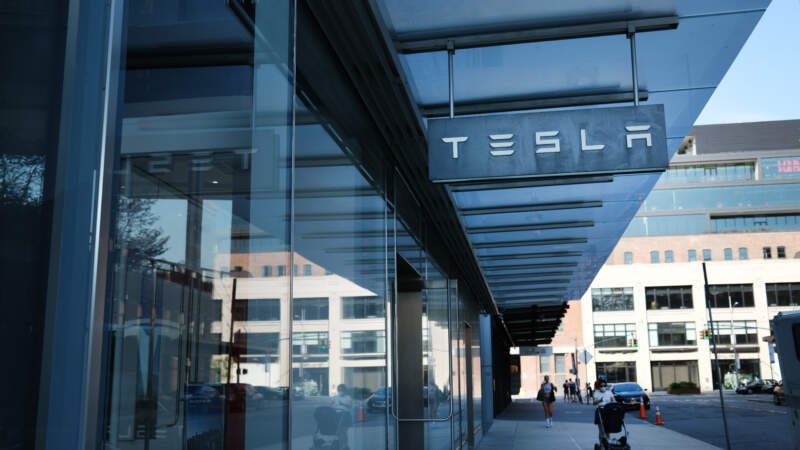