Auto Dealerships Are Struggling to Sell These Luxury Models

If you’ve always wanted to find a great deal on a luxury car, right now could be the best time to buy. Thanks to the combination of slowing U.S. auto sales and drivers opting to buy SUVs instead of passenger cars, increasingly more luxury models aren’t selling.

And when these luxury cars sit on dealership lots, it’s a bad sign for automakers. An excess of certain models means the manufacturer overestimated the demand for that car, or that certain models just aren’t popular anymore. Auto experts use “days to sell” as a way to determine which types of cars and which specific models may need to be deeply discounted – or pulled from production.

If you consider the average number of days each car model sits on the lot before being sold, you can find the hot sellers and the slow-selling, unpopular vehicles. And if you know that certain models sit on the lot for more than 130 days – the industry benchmark – dealers may be more motivated to make a sale.

Here are a few of the luxury models that currently spend more than 130 days sitting unsold on dealership lots.

The BMW 6 Series might be a favorite of reviewers and a solid car for those who already own this model, but buyers are turning away from the newest model. Few 6 Series are selling, and this luxury passenger car is spending a lot of time sitting at the dealership.

While the Cadillac CTS is still selling more than 11,000 models a year, this luxury car is seeing a slowdown. Its a strong sedan with agile handling, but sedans of any kind simply aren’t getting much love.

The Cadillac XT5 may be a luxury crossover SUV, but it’s experienced a surprising downturn over the past year. The XT5 saw nearly 10,000 fewer sales year to year, and it’s sitting on the lot longer than even luxury sedans.

Here’s yet another Cadillac model that isn’t selling. The ATS is a luxury sedan with a lot to love, but it’s been experiencing slow sales for over five years now. The 2019 model year is expected to be the last for the ATS.

Luxury car fans love Audi – but they don’t love every model. The Audi A8 saw a huge decrease in sales in 2017, and over the last year those meager sales have fallen by an even more shocking 50 percent. Although the A8 underwent a redesign, people aren’t buying.

The Audi A7 has been struggling to attract buyers for a few years now, and it’s sitting on dealership lots for over 140 days. Although changes and upgrades have been added to the newest A7, the luxury hatchback just isn’t selling.

The Jaguar XJ is an upscale luxury sedan – but like all luxury sedans right now, it’s seeing a serious sales decline. The XJ sold to just over 1,500 buyers in the last year, and though it may be a great vehicle, its price tag and sedan styling aren’t attracting drivers.

The Mercedes Benz E-Class is still showing solid sales numbers, but it’s spending a long time sitting on dealership lots. Although the E-Class is loved by reviewers for its high-tech capabilities and an exquisite interior, it attracts little attention. With this luxury sedan taking over 5 months to sell, its price could be its biggest issue.

The Volvo 90 Series has been suffering a significant decline in sales and a lack of interest from luxury buyers. Even though Volvo has been adding to the 9 Series with SUV and wagon options, the models are still sitting around for a bit too long.

The Alfa Romeo Stelvio is something of a newcomer to the U.S. luxury market. It’s been around since 1995, but the brand didn’t get much notice until 2018 – and unfortunately, it’s been a slow sell. The Stelvio is attractive, stylish, and solid in comparison to its luxury competitors, but it simply isn’t selling.

Dealerships become increasingly desperate to sell vehicles that have been sitting on their lots for months and months. So, if you do your research to find out just how popular – or unpopular – a luxury model is, you could negotiate a great price.

If you’re interested in a less popular luxury model, you could get a great deal. Prices tend to drop as cars sit on the lot, so waiting could get you a lower price. You can also do some research online to see what others are offering on the same luxury cars, then compare prices and offers. 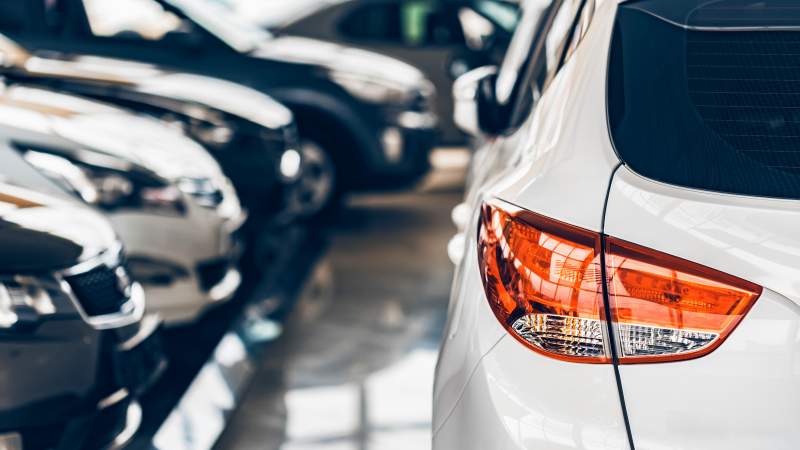