8 Cars That Were Really Ahead of Their Time

Step out into the automotive market today—whether it’s online or onsite at the dealership—and you’re met with a variety of cars featuring cutting edge technology. But without knowing what it’s like to physically roll down a window or flip over a cassette tape, progress forward in the industry can seem like it exists in a vacuum. So we’ve put together this list of vehicles that were way ahead of their time. These models might even give you a perspective on how far we’ve come—and where we’re headed.

There’s a lot of hype these days about electric and hybrid powertrains. What if we told you that this seemingly cutting edge technology actually existed over one hundred years ago? In fact, the same man who gave us the Volkswagen Beetle (and for whom Porsche is named) spearheaded the electric movement. His Lohner-Porsche Mixte-Hybrid was the “world’s first gas-electric car.”

Production began in 1898 and 300 models would be sold before the end of 1906. Bogged down by lead-acid batteries, the car could only reach a top speed of 37 miles-per-hour. Each hub featured an electric-drive assembly. Somehow historians have seemed to have forgotten about one of Porsche’s most innovative additions to automotive history.

Colorado hosts an annual race featuring one of the most difficult—and unforgiving—tracks known to the automotive world. The Pikes Peak Hill Climb draws both racers and spectators from around the globe in an all-out battle against the elements and the mountain herself. To say a roll cage is standard safety equipment is an understatement. In reality, a roll cage can mean the difference between life and death.

Even in the 1960s, we figured out having a solid frame around us as we drove was safer. It meant we could survive bad crashes with a higher percentage of making it out alive. The Studebaker Avanti was ahead of its time because it was “America’s first mass-produced fiberglass four-seat passenger car” that had a built-in roll cage. Another feature that put it ahead of the curve? No front grille.

Global positioning systems are standard equipment in nearly every SUV that comes off the production line these days. However, navigation was something the 1981 Honda Accord tackled early. Before the term GPS, Honda used its “Electro Gyrocator.” This instrument used translucent maps and a gyroscope to basically guide you as much as any handheld compass ever could. You might consider it the predecessor to the GPS we’re familiar with today. Obviously, it didn’t include turn-by-turn spoken aloud directions.

Back in the day, Honda charged quite a pretty penny for this Electro Gyrocator. Adjusted for today’s market, the add-on brought the price tag up nearly $7,000. It might not have been the most attractive or useful feature on the ’81 Accord, but it certainly put the model ahead of its time.

We all joke about mobile phones and how large they used to be. One look at the touchscreen in the 1986 Buick Riviera is sure to make you grateful for the technological advances over the last 30-odd years. Yes, the Riviera did have a central touchscreen. It was “pretty basic and not too reliable, but it did allow you to control the climate control, stereo and trip computer on a 9 inch black and green CRT display.”

If you’re picturing a calculator screen mounted to the center dash of your grandmother’s Buick, you’ve got the right idea. Still, Buick clearly had the right idea. They just needed the technology to catch up to their grand 1986 dreams.

Many new luxury cars feature adaptive headlights. They will respond to movements of the wheel and light your path as go around bends, corners, and curves. This seemingly new innovation improved the safety factor of many different models across the board. But it’s not actually a new concept by any means.

In fact, the 1948 Tucker was the first to feature “lights that rotated with wheel direction.” The Tucker wasn’t a hugely successful model and only 47 cars rolled off the production line. However, components like disc brakes and independent suspension made this rear-engine sedan a model of the future.

Ponder the name for a few seconds and you’ll see why Chrysler dubbed this 1930s model the “Airflow.” Unlike vehicles that had come before, the Airflow’s design took into account the path wind would take over the length of the car. It was the “first American vehicle to have its body . . . refined in a wind tunnel.” The Airflow exuded a smooth presence in every panel, paving the way for future cars to adopt sleeker, more efficient styling.

Monitoring how much air pressure was in each of your four tires first became popular back in the 1980s, with the Porsche 959. Like most advanced features that make it to the market, this early TPMS existed on a high end car first. It made sense on a Porsche. Not only because it was expensive, but also because most people were still used to using simple gauges to monitor their tire pressure.

The “electronic tire-pressure monitoring system” didn’t have all the capabilities you’d see in today’s products. But for the time, it was a desirable upgrade you could boast about—if you had the means, of course.

Performance cars these days know anything and everything about turbochargers and superchargers. Any way to get more out of the engines to break records and set the bar higher than before, car makers will do it. But turbos have actually been on the scene since the 1960s.

In fact, the “first mass-produced turbocharged car” was an Oldsmobile. That’s right. Named the “Jetfire,” the car was powered by a 3.5-liter V8 that could spool all 215 horses up to speed. If that’s not cool enough for you, check out the “Turbo Rocket Fluid” that was used as a salve against detonation problems. The Oldsmobile Jetfire might seem like a dinosaur these days, but without it we wouldn’t be able to enjoy such power on demand.

Car owners in the past probably had different ideas about what cars would look like in the future. What features do you think we’ll look back on in a few years and think differently about? What popular characteristics will we already take for granted? Share your thoughts with us in the comments! 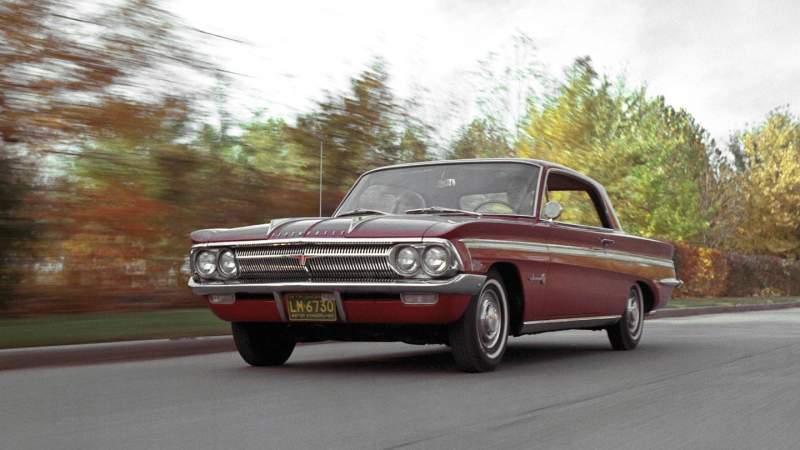