7 Problems That Ridesharing Companies Are Currently Dealing With

There was a time, not too long ago, when ridesharing companies like Uber and Lyft were viewed as the future of transportation. Here were companies that allowed complete strangers to share rides at affordable prices, thus removing the number of vehicles on the roads, cutting down on pollution and traffic congestion, and making it convenient for everyone to get where they are going.

Ridesharing companies were also hailed as models of the so called “gig economy,” since they let anyone with a vehicle make a little extra money by acting as a de facto taxi in their spare time. But now, as some drivers attempt to make it a full-time job, the shine appears to be off ridesharing.

Both Uber and Lyft went public earlier this year, listing themselves on stock markets, with disastrous results. Each companies’ share price is currently below their initial public offering. Many analysts remain skeptical of the future for Uber, Lyft, and other similar organizations in the ridesharing space. Here are seven problems currently facing ridesharing companies.

Uber and Lyft are no longer the only names in the ridesharing game. In fact, while the “big two” dominate the ridesharing markets in the U.S. and Canada, they face growing competition in many other parts of the world. Most countries now have a handful of homegrown ridesharing companies that are making it difficult for Uber and Lyft to successfully expand abroad. In Southeast Asia, there is Grab and GoJek; in Brazil there is EasyTaxi; Australia has Hitch-a-Ride; and major metropolitan cities in China have Didi Chuxing. And let’s not forget Europe, where there is MyTaxi, Hailo, and many others.

Each of these competitors follows the same formula as Uber and Lyft – they have an app that customers use and employ freelance drivers who all use their own vehicles. All this domestic competition is making it difficult for Uber and Lyft to expand overseas. And even within the U.S., Uber and Lyft face rising competition from upstarts such as Curb and other small but growing ridesharing companies — including a recent trend of E-Scooter rentals!

Ridesharing companies came out of nowhere a decade ago and it took some time for governments to catch-up. But local governments around the world appear to now be making up for lost time by enacting a raft of regulations designed to control where rideshares such as Uber and Lyft can operate, as well as the people who drive for them.

These regulations have ranged from preventing rideshare companies from operating at airports to proposals such as the one in Austin, Texas that would see Uber and Lyft drivers fingerprinted and photographed by local police to ensure they are not criminals.

Uber and Lyft have responded by pulling out of jurisdictions where regulations will slow their growth or dissuade people from driving for them. Uber actually stopped operating in Austin for a while, for example. Many jurisdictions are also enacting regulations designed to protect the local taxi industry. Some countries, such as Singapore, are moving forward with unified regulations for both taxis and ridesharing outfits.

Increasingly, governments seem to favor more, not less, regulation of ridesharing. They want to govern it just like they do other parts of their local transportation networks, something that could seriously hurt the companies themselves.

One of the reasons that Uber and Lyft bombed when they listed shares on stock markets earlier this year is because neither company is profitable. In fact, Uber reported an operating loss of almost $2 billion in 2018 after losing more than $2.2 billion the previous year. The bottom line is that while ridesharing companies have grown quickly, it is a business model that is difficult to make money in. This is due, in large part, to the fact that ridesharing companies have to compete aggressively on price to attract customers.

Price wars among ridesharing companies are common in every country – including the U.S. – where Uber, Lyft and others slash their prices and even offer free rides to gain market share. Add in the costs associated with the drivers and there is often not much money left for the companies behind the brand names. Becoming profitable is the main challenge facing almost all ridesharing companies right now.

One of the ways in which ridesharing companies such as Uber and Lyft hope to eventually turn a profit is by diversifying their businesses beyond simply moving people, but including delivering food and parcels too. Uber has big plans for divisions such as Uber Eats and Uber Delivery. It has even starting a bike courier business in some cities such as Toronto. While ambitious, the problem facing food and parcel delivery are the same as the ones vexing ridesharing – growing competition and thin profit margins.

The number of food delivery services in most major cities now is astronomical and growing (SkipTheDishes, DoorDash, GrubHub, UberEats, etc, etc). Consumers seem to have no end of choices when it comes to having their favourite food delivered right to their door. And major retail stores such as Walmart are now getting into the act, delivering groceries to people’s homes for a small fee. How ridesharing companies can diversify themselves and gain market share in the crowded delivery space remains to be seen.

Ridesharing has been called a disruptive business, in that it has upended the traditional transportation systems in cities and communities. Companies such as Uber and Lyft have seen a steady stream of lawsuits that tend to come with large scale disruptions. Since it launched in 2009, Uber, the biggest ridesharing company in the U.S., has been dealing with a nonstop deluge of lawsuits from governments, drivers, passengers, and competitors.

Currently, there are more than 70 pending federal lawsuits against Uber and even more actions in state courts. There are also battles taking place in governments and courts around the world, as Uber expands to more than 400 cities worldwide. The lawsuits are tremendously expensive and a drain on Uber’s resources.

The court actions range from taxi companies suing Uber for unfair competition to passenger lawsuits over a lack of accessibility for people who are blind or handicapped. Sometimes the drivers themselves sue the companies (more on that in a minute). The bigger that Uber and Lyft get, the more lawsuits they seem to face.

Self-driving cars are coming, and many people see the future as one where autonomous vehicles shuttle people around and make deliveries of groceries, fast food, and parcels right to people’s houses. This not-too-distant future threatens to upend the business model on which Uber and Lyft are built. To survive and compete, they will be required to make massive investments in fleets of autonomous vehicles. Is such an investment even practical? How would it be managed?

Some analysts predict the reign of ridesharing companies is likely to be short lived, as Uber and Lyft drivers are replaced by self-driving cars that do not require drivers at all. Without an extra human to pay, these systems would be more economical than the services in operation today. Disruption seems to be coming for the disruptors.

Promoting the gig economy ethos seems to have backfired on ridesharing companies. Relations with drivers don’t seem to be going as well as in the early days of the ridesharing explosion. The restrictions Uber puts on its drivers, combined with fares that always seem to be decreasing (to below minimum wage levels), have pushed Uber drivers to start organizing and fighting back – in court. Indeed, many of the lawsuits against ridesharing companies have been brought by their own drivers.

At the core of many of the legal actions is a debate over whether ridesharing drivers are “independent contractors” as the companies argue, or “employees” who are entitled to better pay, health benefits, and even the right to collectively bargain as an organized union. In April 2019, Uber spent $100 million to settle a lawsuit with its drivers in California and Massachusetts, who took the settlement money in return for agreeing to remain “independent contractors.”

Similar lawsuits can be expected to crop up in other jurisdictions, as more and more drivers have come to resent the low pay and lack of benefits that come with the gig economy. In New York City, for example, Uber drivers have banded together and launched a lawsuit demanding that Uber pay them minimum wage for their services. Back in Austin, Texas, multiple drivers are suing Uber and Lyft for back pay and benefits after the companies abruptly stopped service in the city due to the requirement that drivers be fingerprinted. There doesn’t seem to be any end in sight. 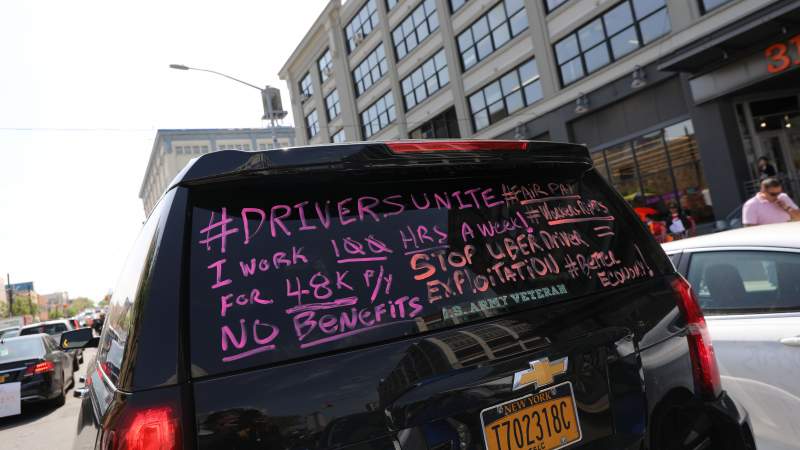