The 2019 Volvo XC40 is a compact crossover, but in reality, it’s actually far more than that. A new model and a new design, the XC40 looks to continue Volvo’s upwards trajectory as a genuine luxury automaker.

The newest XC40 is aimed at a younger audience than the brand’s traditional demographic, and it’s even introducing an entirely new ownership concept. Here’s what you need to know about the 2019 Volvo XC40.

Many different words could be used to describe the exterior styling of the 2019 Volvo XC90. The new Volvo SUV looks modern and youthful, but it could also be described as funky, futuristic, and a little polarizing.

Color is likely to play a big part in what buyers think of the XC40 when they see it. In some of the more sensible hues it can appear confident and stylish, but in something like Amazon Blue with a contrasting White roof, only a certain type of buyer will go for it.

At first glance, it’s easy to see it as a shrunken XC90 or XC60, but this is actually a design that looks significantly younger than its larger siblings.

Everything about the XC40 is new. It’s a new model on a new platform with new drivetrains. There are currently two drivetrain options for the compact Volvo.

The first is the T4, which is a 2.0-liter turbocharged four-cylinder engine developing 187 horsepower and 221 lb.-ft. of torque. The power is sent to the front wheels through an outstanding eight-speed automatic transmission. No stick-shift, no CVT, just a very good and very modern eight-speed automatic.

The second drivetrain option is the T5. This is an all-wheel-drive system that’s also powered by a 2.0-liter turbo-four. However, in this case, the gasoline engine produces 248 hp and 258 lb.-ft. of torque using the same eight-speed auto as the T4.

Neither powertrain is going to blow you away with its power and performance, but that’s not the point of the XC40. Like most turbocharged engines, these two deliver their best performance early in their rev ranges, which is how it should be for a vehicle designed for today’s congested roads rather than the track.

The interior is an interesting proposition. In some ways it’s world-class, but in other ways, it could do a bit better. On the plus side, the seats in the Volvo are about as comfortable as you’re likely to find. There’s plenty of legroom for the driver and front-seat passenger, and behind the second-row seats, there’s a useful 20.7 cu.-ft. of cargo space that can be expanded to 47.2 cu.-ft. by folding the rear seats down. There are loads of clever storage solutions throughout the cabin, including door pockets deep enough to accommodate some notebook computers.

However, there’s limited passenger space in the rear seat. If two adults are seated back there they’d better be on good terms with each other. And if three adults try to squeeze in there, they’d better be related.

While the interior is of a very high quality in terms of both fit and materials, the design and color schemes might not be to everyone’s taste. If the somewhat austere black interiors of some VW and Audi models are not to your liking, you might like a “Lava Orange” carpet or the dashboard design. Even so, Volvo deserves credit for coming up with something a little different, and it’s hard not to admire the quality, especially for the price.

There are just three different trim levels in the 2019 Volvo XC40 lineup, which are the entry-level Momentum, the mid-range R-Design, and the range-topping Inscription. It would be a good idea if some rival manufacturers took a close look at what Volvo gives buyers in terms of standard features in the entry-level Momentum trim. And that’s because it comes standard with a lot of what you need to go for a mid-range or higher trim with another brand to get.

The subscription we’re talking about here isn’t for SiriusXM or another streaming service. This one is an innovative way to “buy” a new XC40 that’s designed to appeal to younger consumers. Instead of buying outright with cash, leasing, or buying with a finance agreement, the subscription model allows you to run a new XC40 for a flat-rate payment of $600 per month.

Unlike a lease, where you have to pay for insurance and maintenance on top of your monthly payment, the only extra you have to pay above the subscription is for fuel. It’s not necessarily the most affordable way of getting behind the wheel of a new XC40, but it’s an innovative idea that could catch on.

If you’re in the market for an upscale compact crossover and you’re not afraid to try something new, the 2019 Volvo XC40 makes a compelling case for itself. 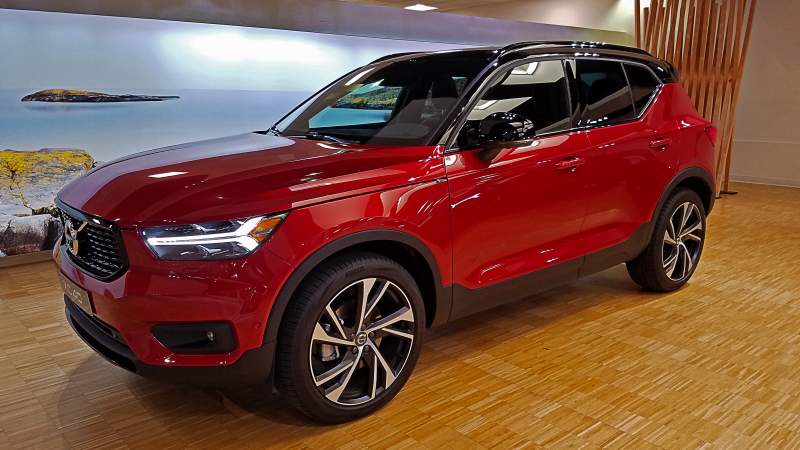