There are a number of cars most of us think of when we’re asked about luxury midsize sedans, and the 2019 Lexus ES likely isn’t one. But anyone who’s experienced this car know it should be.

Lexus has a reputation for luxury, reliability, and all-round excellence. And the 2019 Lexus ES stays true to that tradition. Here’s why this sedan should be at the top of any list of luxury midsize sedans.

Some Lexus vehicles have started to look pretty “out-there” in recent years, and it’s fair to say some models aren’t to everyone’s taste. However, the latest version of the ES is easily the most attractive this nameplate has ever been. Its styling is definitely on an upward curve.

There’s an undeniably sporty look to the 2019 Lexus ES, and it certainly gives other luxury models a run for their money. A good balance is struck here between a sporty GT look and a modern executive sedan that’s full of presence. Some buyers might prefer a more overtly sporty design, and they’re also well catered to with the F Sport versions.

Lexus could’ve moved to a more performance-orientated focus for the ES, but like the styling, the engines and performance strike a good balance. If anything, luxury is a little higher on the agenda than outright performance, and that’s exactly as it should be with this particular Lexus.

Of course, the fact the base engine in the 2019 Lexus ES is a 3.5-liter V-6 with 302 horsepower and 267 lb.-ft. of torque tells us this isn’t exactly a sedate plodder. That’s enough power to raise more than a smile on most drivers’ faces, although the front-wheel-drive format of the ES takes away from that a little. The power is sent to those front wheels through an excellent eight-speed automatic transmission with a manual shift mode for extra driver engagement.

This drivetrain doesn’t make the Lexus ES rocket-ship quick, but 0 to 60 mph in 6.6 seconds isn’t too shabby for a car weighing considerably more than 3,500 pounds.

F-Sport versions of the Lexus ES 350 don’t get a different engine, and they don’t even get a differently-tuned version of the 3.5-liter V-6. What this version does get is a sport-tuned suspension setup, adaptive dampers, sport seats, and some sporty trim.

On top of that, the drive modes also get the addition of a Sport+ mode, and these enhancements really do make a big difference to how the ES handles and performs. Importantly, although the F Sport is a much more driver-focused model, the performance enhancements don’t ruin the comfort for the driver or passengers in any significant way.

For a midsize sedan to be truly comfortable, it needs plenty of space for its occupants. In this case, the 2019 Lexus ES does everything in its power to give its occupants as much space as possible.

With the ES being 195.9 inches long and riding on a 113-inch wheelbase, it could be classified as a large sedan, not a midsize. The ES is a very large midsize luxury sedan, and that’s just one reason why this car is so comfortable and luxurious.

Supple leather, soft-touch surfaces and the very highest quality workmanship throughout the cabin is part of the Lexus DNA, but the manufacturer has also addressed one of its minor shortcomings: now, seats are shaped to perfection. The bolstering and materials have always been excellent, but they’re now also shaped to fit real people.

For many luxury sedan manufacturers, the hybrid option can seem like an afterthought. The ES 300h hybrid doesn’t drive like the standard ES, but it seems to be the sort of thing a lot of Lexus buyers would prefer.

The hybrid system is a 2.5-liter inline-four with an electric motor, a nickel-metal-hydride battery pack, and an electronic CVT transmission. The total system horsepower is 215 hp, and with the weight growing to a substantial 3,704 pounds, the 0 to 60 mph time is a more sedate 8.1 seconds. In the plus column, the fuel economy rating for the E 300h is an impressive 44 mpg combined.

If you want an incredibly safe luxury car, you’ll struggle to beat the 2019 Lexus ES. It’s positively stuffed with cutting-edge safety tech a lot of rivals list as optional, so it’s no surprise independent testers at the IIHS have given the ES its coveted Top Safety Pick+ rating.

Stuffing cars with standard features and technology rivals ask extra for is what Lexus tends to do, and the ES is no exception. The standard equipment list for the ES puts most of its rivals to shame, but it does let itself down with the infotainment system. It’s not that the infotainment is lacking functionality, the problem is accessing the system’s features is clunky, confusing, little slow to respond, and far from user-friendly. Apart from that though, it’s hard to find any fault with the standard equipment.

If you want a car that covers all the midsize luxury sedan bases, it’s tough to come up with a better option than the 2019 Lexus ES. 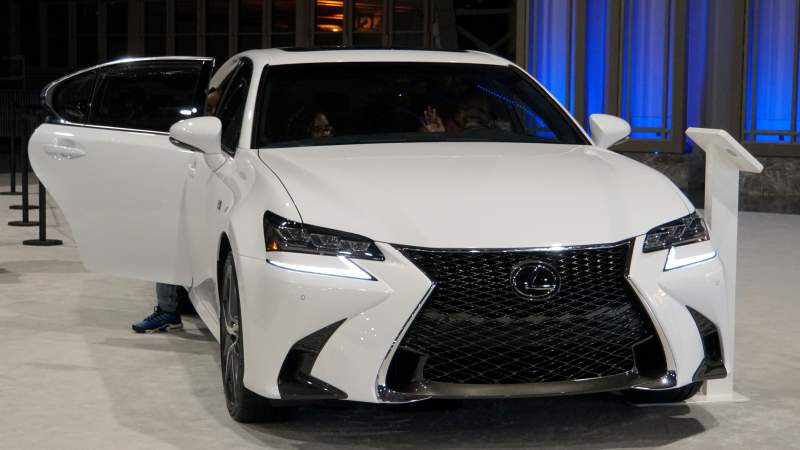