Electric cars sound like a great idea, but something’s been holding drivers back from buying them. They haven’t really broken into the mainstream – and many consumers think electric automatically means expensive.

The 2019 Chevrolet Bolt looks to change everything. The Bolt is here to stop people from overlooking fully electric cars when choosing a new vehicle. Here’s what makes this all-electric car a truly practical alternative.

If there’s one single drawback that stops people from buying an electric car, it has to be the range. The distance an electric vehicle can go on a single charge of its battery can be limiting. Understandably, consumers will go look to the EPA rating, and for most all-electric cars, the EPA ratings aren’t great.

For an affordable EV (electric vehicle), the 2019 Chevy Bolt offers range that won’t stop any drivers. The EPA range of the Bolt on a single full charge is a much more impressive 238 miles, but that’s only the start of the story. Many factors impact an electric car’s maximum range, such as driving style, environment and temperature. The good news for this little Chevy is that in real-world use, anecdotal evidence suggests the Bolt is delivering up to 466 miles on a single charge. And that really does make it a practical option.

So, the Chevy Bolt is a practical car for everyday use as far as the range is concerned. But is it an affordable car?

The Bolt’s starting MSRP is $36,620, and that’s a significant price for a compact hatch. It does come with an impressive list of standard equipment. And there are lots of federal and state financial incentives and inducements to encourage the uptake of all-electric vehicles. So, depending on where you live, you could get a Chevy Bolt for considerably less than that headline minimum MSRP.

On top of that, it’s also worth mentioning the Bolt is more readily available from dealerships across the country than a number of its EV rivals.

It doesn’t require a degree in astrophysics to see why the 2019 Chevy Bolt boasts a longer electric range than its class rivals; it’s the battery pack. While some electric cars come with a small standard battery with limited range that can be upgraded to a larger unit for a longer range at extra cost, the Bolt gets a 60-kWh unit right from the start. The system boasts an output of 200 horsepower and 266 lb.-ft. of torque, which is a lot for a car of this size, and the delivery of the power from the electric motor is almost immediate.

There are two different drive modes, and this could be important for first-time EV drivers. The first of the modes makes the Bolt perform like a “normal” car with idle-creep, which means it starts to move gently forward when the driver takes their foot off the brake. For EVs, idle creep is effectively pointless, as they should only move when the accelerator is passed to ensure maximum efficiency. That’s how the second of the drive mode works, but the first mode is a good tool for breaking in EV “newbies.”

The Chevy Bolt is an attractive subcompact hatchback. There’s nothing about its styling that shouts “EV” at the top of its voice. Chevy could have gone too far the other way and delivered something bland and uninspiring, but that’s not what it did here with the Bolt.

The Chevy Bolt is a very attractive and slightly funky little car, and it could easily hold its own as a traditional gas-powered model. The wheels are pushed right to the corners of the body, and as well as making the Bolt look smaller than it actually is, it also means extra space for up to five people inside.

There’s plenty of space inside the 2019 Chevy Bolt, and the seats are comfortable and well bolstered. The seats themselves are relatively thin, but that does help to provide a generous 36.5 inches of rear legroom that feel like even more. The height of the Bolt means getting in and out is nice and easy, and the interior has lots of headroom for taller passengers. Behind the rear seats, there’s 16.9 cu.-ft. of cargo volume, and that’s more than you’ll get in some much larger sedans.

Although the cabin is handsome, quiet and nicely designed, there’s evidence of cost-cutting with some of the materials used. They’re not out of place in a car of this type, but they’re what you expect in a car priced like the Chevy Spark, rather than one like this that can go beyond $40k before federal and state incentives are applied.

Affordable models like the 2019 Chevy Bolt could be what converts the mass-market to electric mobility. The Bolt isn’t going to do it all on its own, and it doesn’t address some of the issues many buyers still have with electric cars. But for those who really do want to go electric, but have been put off in the past for reasons of practicality, the Bolt is a big step forward.

With conventional styling, a spacious interior, impressive performance, and the kind of range that’s far more than most of us actually need, the Bolt is a car that should convince you to look more seriously at switching to electricity. 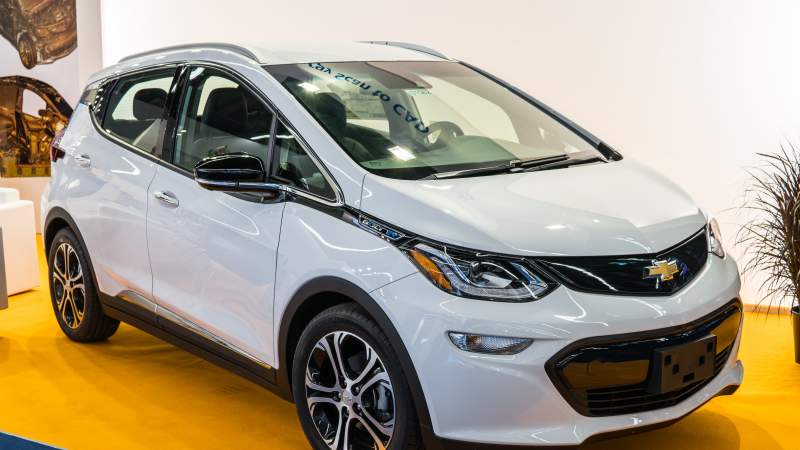