Buick has long struggled with an aging image but has done a lot of marketing recently in an effort to change that. Evidence of this shift towards the younger generation comes in the form of the 2019 Buick Regal, which is available in a variety of trim levels, shapes, and sizes.

Without further ado, let’s get started first with the numbers perhaps shocking to most potential buyers. These aren’t your grandma’s beefy, boat-like Buicks anymore!

The 2019 Buick Regal draws power from either a 2.0-liter turbocharged four-cylinder or a 3.6-liter V6. Front-wheel-drive models shift via a nine-speed automatic transmission, while all-wheel-drive models lose a gear in the name of torque.

Whether you choose the 2.0-liter turbo four-cylinder or the powerful V6 engine, both powerplants rank in the 20s when it comes to fuel efficiency ratings.

FWD models spool their turbos to the sound of 22 city and 32 highway EPA-estimated mpg while the AWD version of the 2.0-liter ranks in at 21 city and 29 highway mpg. As can be expected, the larger V6 engine makes only 19 city and 27 highway mpg.

Before you read any further, google the phrase “2019 Buick Regal” and take a look at the images that pop up. Do you see the various models listed, including — yes, you guessed it — a Buick wagon? Keep those pictures up as you read about the trim levels below. They’ll help you get a better idea of exactly what Buick is offering with the 2019 Regal.

Base Regal models start out around $25,070. Entry-level features include a push-button start system with keyless entry, cloth seats, Bluetooth, Apple CarPlay and Android Auto integration, a rearview camera, and a seven-inch touchscreen.

Stepping up to the Preferred II model will cost you $29,770. With the Preferred II, you’ll enjoy a heated steering wheel, dual-zone climate control, remote start, and wireless device charging.

The Essence model begins at $31,770. This is the trim to choose if you’re looking for leather seating and heated front seats. You’ll also be able to add on safety features such as forward collision warning, automatic emergency braking, lane keep assist, following distance indicator, and adaptive cruise control.

Only available in FWD, the top-of-the-line Avenir model will set you back $35,765. The Avenir’s trimmings echo the Denali, with features such as 19-inch wheels, an available moonroof, and upgraded leather seats.

There’s a point of distinction you’ll want to wrap your head around with the 2019 Regal. The above trim levels are available on the different body styles of the Regal, which include the base Regal sedan, the versatile Regal Sportback, the four-door-sportscar Regal GS, and the wagon-framed Regal TourX. It might be easier to begin with your choice of these models and then consider which trim packages you prefer.

The 2019 Buick Regal has not yet been rated by the NHTSA or IIHS. However, the NHTSA has issued a recall for the rear brake pistons.

How the 2019 Buick Regal Compares

The sixth generation of the Buick Regal must live up to years’ worth of expectations. The Buick name demands a certain level of interior quality, while a new focus towards a younger audience requires skilled posturing.

Edmunds experts recommend the Preferred II trim level on the Regal Sportback, which they reviewed with equal amounts of praise and criticism. This particular model features a hatchback-like tailgate similar to that of the Audi A7. While it may not necessarily be luxurious alone, it does add a certain edgy quality to what might otherwise be dismissed as another humdrum four-door sedan. Edmunds also recommends the Regal GS for those drivers who enjoy pedal work and taking advantage of the powerful turbocharged inline four-cylinder and V6 engines.

Both Edmunds and U.S. News & World Report felt the interior material quality of the 2019 Regal paled in comparison to the brand’s typically high standards. The same lack of fulfillment came in the aging infotainment system that requires a bit of a learning curve.

Kelley Blue Book (KBB) experts were a bit disappointed that many desirable driver aids and safety features were only available on the highest trim levels. However, they did have praising comments for the available transmissions and the start-stop feature. Both are smooth and don’t interfere with driving ability, unlike some competitors. When it came to the resale value, KBB experts noted that “the Regal Sportback tacks to the lower end of the spectrum” when compared to popular rivals.

Those considering the 2019 Buick Regal should also consider the following: the Ford Fusion, the Mazda6, Honda Accord, Toyota Camry, and the Nissan Altima and Maxima. If you’re considering the Regal GS, take a look at the Kia Stinger as well. Any of these models offer similar features at a similar price and may or may not better fit your preferences and budget.

Stately enough to earn the tri-shield Buick badge, the 2019 Regal proves to be a worthy opponent in the luxury sedan segment. With the sportiness of a Cadillac, the posh, plush seats of a private jet, and a price tag you can actually afford, the 2019 Buick Regal might be the next car you add to your roster.

Take a test drive today to see for yourself. 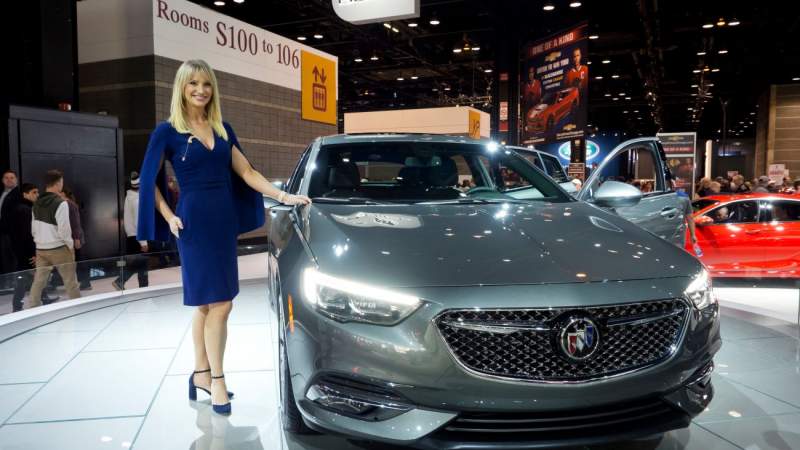