If you’re in the market for a new compact luxury crossover, you have many good choices. The 2019 Audi Q5 is undoubtedly one of the main contenders for drivers – but why should you choose it?

The Audi Q5 isn’t as distinctive in its styling as its competitors. But could the Audi be the Goldilocks of the segment by being just right? Let’s take a look.

If you want the best-looking compact luxury crossover with the most jaw-dropping and exciting exterior styling in the market, the 2019 Audi Q5 isn’t for you. The Audi’s exterior has many positive elements, but contemporary, classy, and handsome aren’t going to get your heart pumping. If there’s one word to describe the styling of the Q5, it’s conservative.

To some, a conservatively styled vehicle is anathema. But to plenty of others, conservative is exactly what they’re looking for. The Q5 doesn’t try hard to be something it’s clearly not, and the designers deserve to be commended for that.

A single engine is used throughout the 2019 Audi Q5 lineup at the moment: a 2.0-liter turbo-four that develops 252 horsepower and 273 lb.-ft. of torque. There’s no need to worry about choosing between two and all-wheel drive. The Q5 lineup is exclusively standard all-wheel drive.

If 252 hp sounds like quite a bit for a compact crossover SUV, you’d be correct. It’s the kind of power some midsize and even full-size SUVs manage, and it’s the sort of power minivans are content with. The Q5 isn’t a particularly lightweight model for its size, but the powertrain still gets it from 0 to 60 mph in less than six seconds.

Although the AWD system isn’t designed to rival something like a Jeep Wrangler, this evolved unit called quattro ultra is able to fully disconnect the rear axle for better efficiency or hook up the rear wheels for a sportier drive. The automatic system sends optimum grip to where it’s needed most, and it can handle snow, ice, dirt, and lightly flooded roads without a hitch.

Unless you were already acquainted with some of the higher trim levels, you’d swear the Premium model of the Q5 was mid-range or higher. Like the exterior, the interior isn’t the most exciting design you’ll ever find, but the sheer quality and attention to detail are beyond reproach.

Admittedly, the Q5 isn’t cheap. But when an entry model comes standard with all-wheel drive and leather upholstery, you know you’re shopping in the upper echelons of the market. The Premium is the entry model, the Premium Plus is the mid-range Q5, and the range-topping model is the Prestige.

There’s also a decent amount of room for people and cargo inside the Q5 too. In the rear seats, you’ll find 38 inches of legroom, and behind the rear seats, there’s 26.8 cu.-ft. of cargo volume.

It would be tempting to say the Premium is all you really need, but there’s one feature it doesn’t have that makes paying the extra for the Premium Plus a lot more tempting than it perhaps ought to be, and that’s Audi’s Virtual Cockpit. There are plenty of other cool enhancements for the $7,000 uplift in the MSRP, such as navigation and a panoramic sunroof, but the Virtual Cockpit is what will probably seal the deal for most buyers.

The Audi’s fuel-efficient engine, seven-speed dual clutch automatic transmission and the advanced quattro AWD system all combine to deliver some pretty impressive fuel economy ratings. The EPA rates the current model at 23 mpg in the city, 27 mpg on the highway and 25 mpg combined, which is good for a crossover as quick as this.

Most VW Group vehicles take safety very seriously, and the Q5 is no exception. Outward vision is better than most of the Audi’s rivals, and all models come standard with advanced safety features like low-speed automatic emergency braking. All this leads to a full five-star rating from the NHTSA, and a coveted Top Safety Pick rating from the IIHS.

You can’t make a case for the 2019 Audi Q5 being the most exciting, enthralling, or desirable model in the compact luxury crossover segment. However, when you explore below the surface, it’s hard to come up with a rival that’s better. 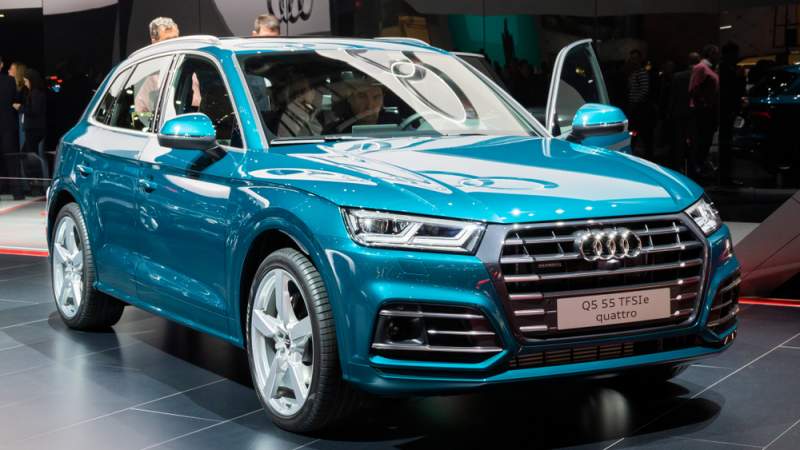