In a sea of crossover SUVs, wannabe off-roaders, and flat-out pretenders, the 2018 Toyota 4Runner is a throwback of epic proportions. It’s a workhorse, a brutal off-roader, the real deal.

It doesn’t quite have the cult following of the Land Cruiser, even though they are closely related. But the 4Runner is a much cheaper car that will take a licking and keep on ticking. It has even crossed over to the mainstream with a couple of cheaper, diluted, street models of this boxy classic. You can still see the square cut 1980s original in the ever so slightly more curvaceous modern car.

The 4Runner can tow 5000 lbs and you can spec it up as a serious off-roader if you’re prepared to spend the money. Alternatively, you can go full luxury and have something offbeat to take into battle with standard SUVs in the urban jungle.

This isn’t the obvious choice, but then the 4Runner has a lot to offer if you need an off-roader that leads a double life and commutes to the city. Even in its most off-road form, the 4Runner is surprisingly comfortable on the open road.

You get the old-school four-liter V6 mated to a five-speed automatic even in the base SR5 model that costs just $34,410. That’s a lot of car for the money. Unfortunately, this is not the latest tech since this fifth generation of the 4Runner has been with us since 2009 in its basic form.

The V6 engine is only good for 270 bhp and 278 lb/ft of torque, which Toyota can comfortably achieve with a smaller powerplant and forced induction. But, until the new wave arrives, then we get to appreciate this unashamedly agricultural 4×4.

The SR5 or the SR5 Premium is the one you’d want for daily life, as a workhorse you can rely on and you can opt for a front-drive layout to save money. If you go off-road then, you know you really want the TRD Off-Road, the TRD Off-Road Premium, or the TRD Pro.

These are all varying states of off-road trim, with the TRD Pro getting four-wheel-drive as standard, high-performance Bilstein shock absorbers, trick levelling tech, electronic locking rear-diff, crawl control, and multi-terrain traction control. It costs just $100 less than the flagship Premium model, but it’s a thoroughbred off-roader, complete with skid plates, and it might be the coolest spec here.

Predictably, the Premium comes with all leather trim, big alloys and better infotainment system. It’s an executive car that can seat seven and give you a much cooler alternative to the urban minivan.

Unsurprisingly, that big four-liter V6 isn’t the most efficient powerplant in this class. You’ll get 17 mpg in the city and 21 mpg on the highway. That’s not good since the 4Runner is 25 percent down on its most efficient competitors. It makes sense in the context of seven-seater minivans, but if you’re not using all the space then it’s an expensive car if you do big miles. 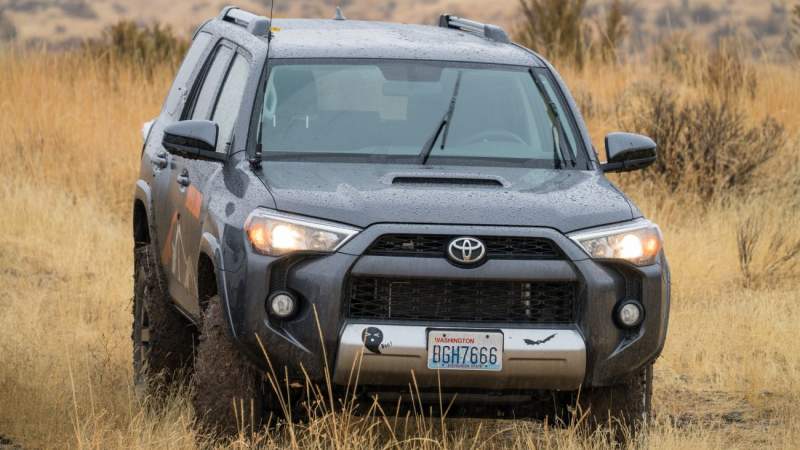 The Toyota 4Runner is a four-star car on the NHTSA crash tests. It loses points since there really aren’t any active safety features. Also, the infotainment system on the base model — a 6.1-inch screen Entune Audio Plus system — doesn’t really cut it.

The Limited comes with the enhanced Premium JBL Audio package, a camera for reversing, and a 6.1-inch screen that hooks up to Apple CarPlay and gives you SiriusXM Satellite radio. You can scroll through your phone’s apps, use voice controls, and go completely hands free. It’s adequate, but some rivals look space age in comparison.

This is a tough sector as the 4Runner is competing with some serious machines that include the Jeep Cherokee, Dodge Durango, Subaru Outback, and the Land Rover Discovery Sport.

It goes without saying you don’t get seven seats in the Discovery Sport, but you do get a much more luxurious and modern car that already has that downsized engine and even more power. You can also load it up with active safety measures. The Discovery Sport is a street car, but if you’re looking at the SR5, SR5 Premium, or Limited, then there’s a corresponding Land Rover you should look at.

The Jeep Cherokee also makes a compelling case and arguably comes with more personality than the 4Runner. The Outback looks like a pretender by comparison, a soft-roader that can’t hang in this company. It has proven surprisingly competent off-road and it has the measure of all these cars when it comes to fuel economy. It’s cheaper, too, but it doesn’t really have the charisma to stake a claim here. If you’re prepared to forego some of the rugged off-road appeal, the Ford Escape is also a real option and arguably a better car if you never go mud-plugging.

The Discovery Sport and the Cherokee are the real standout cars currently. The 4Runner might need a total redesign if it is going to directly compete with this pair, because right now it is trailing in their wake. 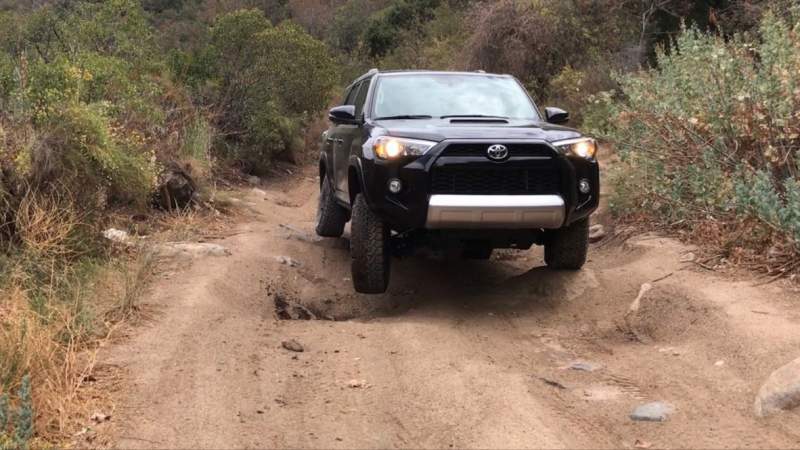