2018 Ford Explorer: No Longer A Standard-Bearer but Still Solid

The Ford Explorer is one of America’s most iconic cars. It debuted in 1991, long before SUVs or crossovers dominated dealer lots and highways.

But things have changed, and Ford’s flagship today finds itself facing increased competition from all sides. If you’re in the market for a new SUV and are considering the 2018 Ford Explorer, here’s everything you need to know.

The 2018 Ford Explorer has three engines on offer. The first is a 3.5-liter V6 making 290 horsepower and 255 lb-ft of torque. This engine is found in the base model and XLT trims. This is the only non-turbocharged engine offered. The other two options both carry the EcoBoost nameplate, which is a fancy way of saying these power plants feature turbocharging and direct injection.

Of the two EcoBoost engines found in the Explorer, one is designed for fuel economy and the other for power. The 2.3-liter four-cylinder EcoBoost engine makes 280 horsepower and 310 lb-ft of torque. It’s standard on the Explorer Limited and optional on all other trims except for the top-tier Platinum, which is powered exclusively by a twin-turbo 3.5-liter V6. The 3.5-liter V6 makes 365 horsepower and 350 lb-ft of torque. As you might have expected, this engine pulls. Car and Driver recorded a 0-60 mph time of 5.8 seconds in an EcoBoost Explorer Platinum, which is impressive given the SUV’s size.

When equipped with the 2.3-liter EcoBoost, the Explorer returns 19 mpg city and 27 mpg highway. The 3.5-liter V6 gets 17 mpg in the city and 24 mpg on the highway, while the twin-turbo EcoBoost V6 is rated at 16 mpg city and 22 highway. With the exception of the four-cylinder engine, the Explorer’s fuel economy numbers are average at best.

The 2018 Ford Explorer sends power to the front wheels via a six-speed automatic transmission. A four-wheel-drive system complete with a four-setting terrain management feature is available on all trim levels. The Explorer can tow a max of 5,000 pounds.

What’s Inside: Standard Seating for Seven

The 2018 Ford Explorer comes standard with seating for seven, but be careful who you put in the back row as there isn’t a ton of room. More legroom for rear row passengers is available courtesy of optional second row captain’s chairs. This $695 option, available on the XLT, Limited, Sport, and Platinum trims, cuts the Explorer’s max seating capacity to six, but provides more comfort for second row passengers and more room for those crammed in the back.

While the Explorer can be short on third row legroom, it’s certainly not lacking in cargo space. There’s 21 cubic feet of storage space with all the seats folded up. That number shoots up to 43.9 cubic feet with the second row of seats folded. With both rear rows of seats down the SUV can hold up to 81.7 cubic feet of cargo. These figures aren’t class-leading but they’re certainly competitive.

The 2018 Explorer comes standard with a 4.2-inch touchscreen equipped with Ford’s Sync3 infotainment system, a leather-wrapped shift knob, and a rearview camera complete with washer. The entry-level Explorer is a bit under-equipped, but Ford’s flagship SUV offers a ton of options — and additional trim levels — for those in search of more luxury.

An eight-inch touchscreen, heated and cooled front leather seats, heated second row seats, dual-zone climate control, a Wi-Fi hotspot, power folding rear seats and a twin-panel moonroof are some of the many options that add class to the Explorer’s cabin. 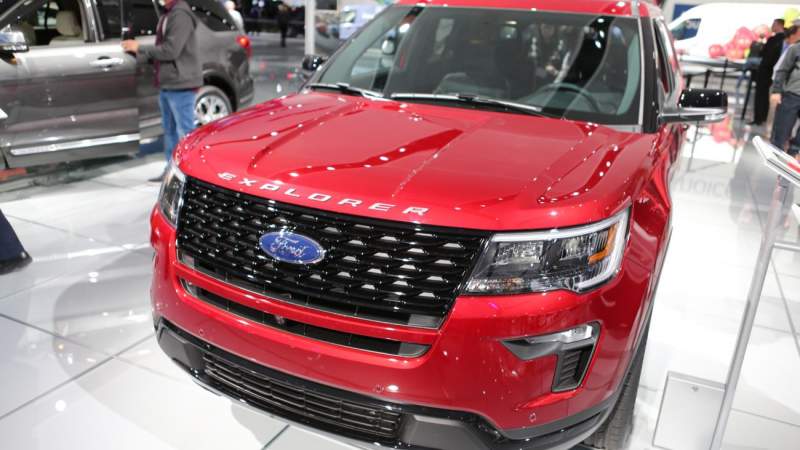 Trim Levels and Pricing: Keep an Eye on Your Wallet

The 2018 Ford Explorer is offered in five trim levels: Explorer, XLT, Limited, Sport, and Platinum. As cheesy as it may sound, the Explorer really is a new SUV at every trim level. The top-tier Sport and Platinum models are equipped and priced like luxury SUVs, with MSRPs of $45,950 and $53,940, respectively. These two trims come standard with Ford’s beefy 365-hp twin-turbo V6 engine and four-wheel drive. Leather seats, 20-inch aluminum wheels and a voice-activated navigation system are two of the many luxury features standard on these trims.

The Sport and Platinum are nicely equipped, but they are on the expensive side. If you aren’t big into luxury the $34,020 XLT trim is the way to go. Its standard features include push button start, reverse parking sensors, satellite radio and a leather-wrapped steering wheel with cruise control and audio controls.

If luxury and gas mileage are what you’re after, the Limited trim and its turbocharged four-cylinder engine, the only Explorer trim where this engine is standard, is what you’re after. The Limited trim comes standard with voice-activated navigation, a 12-speaker Sony speaker system and perforated leather front seats that are both heated and cooled.

The NHTSA gave the 2018 Ford Explorer an overall five-star safety rating. The SUV received five stars in every test except for the front driver side crash test. The only other four-star rating the 2018 Explorer received was in rollover resistance test.

Ford has kept the 2018 Explorer competitive on the tech front, but it would be nice to see some more standard safety features. Toyota Safety Sense, which includes a pre-collision warning system with autonomous braking, lane departure alert, radar cruise control, and pedestrian detection, is standard on many new Toyota models. Many automakers are offering safety tech bundles to help customers save cash or making these features standard. Ford’s strategy of treating this technology as a luxury extra only serves to make the Explorer less competitive in its segment.

The 2018 Ford Explorer is in an extremely crowded segment. Its competition includes the Mazda CX-9, Toyota 4Runner, Honda Pilot, and GMC Acadia. Unfortunately, the 2018 Explorer doesn’t do much to separate itself from the pack.

The CX-9 is prettier and more fuel-efficient. The Acadia offers more luxury. The Honda Pilot is roomier and offers seating for eight. The 4Runner has more cargo space. Almost all of the Explorer’s competitors can beat it on price, at least when it comes to the higher-tier trim levels. The Ford Explorer is no longer the standard-bearer of the mid-size SUV segment. That’s not necessarily a bad thing, unless you work for Ford.

While the Explorer may not lead the pack anymore, it’s not like the SUV has completely fallen to the back. It’s plenty competitive in almost every category that counts. Interior space is above average, and the Explorer’s available technology and safety features are thoroughly modern. The Ford also offers one of the most exciting engines in its class. Fuel economy could be better, but if you’re really sweating mpgs, there’s always the fuel-sipping 2.3-liter EcoBoost engine. Standard features could be more plentiful, but there are a ton of options to pick from.

The 2018 Ford Explorer is a solid SUV. Just be prepared to spend a bit more if you want an experience that’s above average. 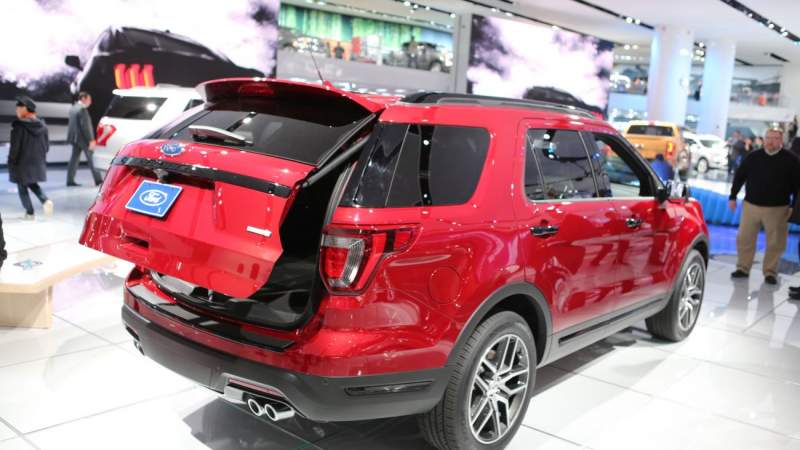