2018 Dodge Charger: The Legend Grows Up

The iconic Dodge Charger has been with us since 1966 and defined the muscle car era alongside the Chevy Camaro and Ford Mustang. It featured in Bullitt, The Dukes of Hazzard, and even The Fast and the Furious.

But that was the 60s car. The 2018 Dodge Charger is an altogether more different animal. It’s both tamed and ready for the real world or a certifiable maniac, depending on which model you go for.

There’s a massive choice of trims and engine specs, so it isn’t as expensive as you might think, and it goes from the stylish workhorse through to real rear-drive monsters.

The price of entry to the Dodge Charger club is $28,495 for the baseline SXT. That buys you the 292 bhp, 3.6L Pentastar engine mated to an eight-speed automatic. It’s a solid car and you can opt for two more impressive trim packages, the SXT Plus and the SXT Plus Leather that come with upgraded interior parts, wheels, and other accessories.

The GT and GT Plus get a small power boost from the same engine, to 300 bhp, but step up to the R/T and you get the 5.7L V8 Hemi with 370 bhp and a seriously well-equipped interior.

Buy the R/T Scat Pack, Daytona 392, or SRT 392, and things get really serious with a 6.4L V8 pumping out a borderline indecent 485 bhp. Brembo brakes and trick suspension give you a fighting chance of reining in the power, but this is a car that will constantly pull on the leash. You can order four-wheel-drive with front axle disconnect in the SXT and R/T, but it seems to go against the Charger spirit.

The Dodge Charger Hellcat is a force of nature, with 707 bhp bursting from that 6.2L V8 engine and a series of race-inspired parts that turn the Dodge into a four-door NASCAR for the street. It’s insanely overpowered, hits 204 mph and will cover the quarter-mile in 11.2 seconds. It is spoken of in hushed tones and it really is one of the stars of the automotive world. 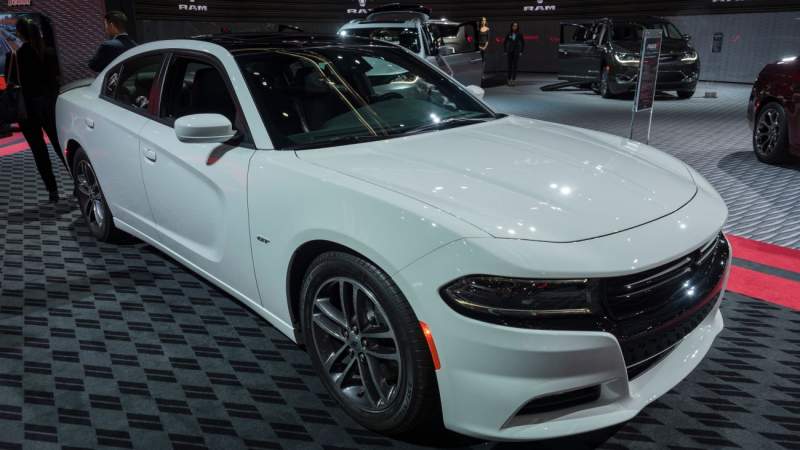 The 2018 Dodge Charger received a five-star safety rating from NHTSA. Every model comes with a reversing camera and rear parking sensors, and you can opt for a blind spot monitor and rear cross traffic alert.

The Charger also offers active safety measures, with forward collision alert, automatic emergency braking, lane keep assist, and adaptive cruise control. It’s an optional package, but it’s impressive that you can get this level of protection.

The base infotainment system is a decent seven-inch unit, but you really want to upgrade to the 8.4-inch Uconnect 4C Nav. That comes ready for Apple CarPlay and Android Auto. You can control your apps from the central touchscreen and it’s a slick, intuitive system.

The only real rivals for the Charger are the Chevrolet SS and the Cadillac CTS. Ford has gone a whole different route with the Focus line and has taken itself out of this competition.

Chevy has toned down the looks even more for the SS. There’s just a hint of next-gen Lotus Carlton about this car and it is a total sleeper. The SS gets its own 415 bhp, 6.2-liter V8 and a similarly basic interior, but it certainly doesn’t have the impact of the Charger.

The CTS is a different matter, but it’s in a more expensive bracket. The CTS has gone to war with the likes of the BMW 5 Series and Mercedes E-Class. So, predictably, it wipes the floor with the Charger on the interior and the 640 bhp CTS-V is every bit as dramatic as the Charger Hellcat that undercuts it by around $15,000.

The Charger isn’t quite civilized and that is part of its charm. It’s a rough and ready throwback. Get the big V8 if you can, while they’re still here. 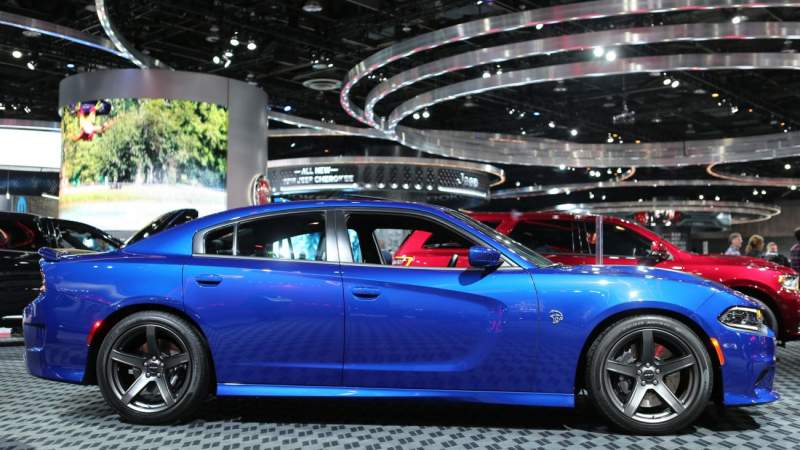