10 You Likely Didn’t Know These Things About Tesla Motors

No other car manufacturer is generating as much attention right now as Tesla Motors, Inc. The company, based in Silicon Valley, aims to combine performance with green technology to make affordable battery powered cars available to the masses. In 2008, Tesla first turned heads when it launched the Roadster, the world’s first fully electric sports car.

Earlier this year, the hype surrounding Tesla went into overdrive when the company unveiled a prototype for its Model 3 car, a four door compact sedan that it plans to deliver by the end of 2017. The Model 3 promises to have a driving range of 215 miles on a single battery charge and cost about $35,000. Pre-orders of the Tesla Model 3 have reached $14 billion. CEO Elon Musk continues to hype the car and company behind it. Here are 10 things you might now know about Tesla Motors.

10. Elon Musk is Not a Tesla Founder

Despite his personal claims, Tesla CEO Elon Musk is not actually a founder of the company. The real founders of the upstart car company were Martin Eberhard and Marc Tarpenning. They launched Tesla in 2003 in response to the problem of the automotive industry’s reliance on oil. The two friends set about building a beautiful aspirational vehicle without any regard for cost. They wanted to bring green cars into the mainstream.

Big on plans but short on cash, Eberhard and Tarpenning joined forces with Elon Musk in 2004, bringing him into the then-fledgling company to lead the company’s first venture capital funding round in 2004. Musk muscled his way deeper into the company by personally investing $7.5 million. Over time, the extroverted and brash Musk became the face of the increasingly popular Tesla company.

Demand for Tesla’s vehicles is so great, and sales are forecast to be so robust, that the company is now making a huge investment to build the world’s largest battery factory. It’s actually one of the biggest buildings on the entire planet. Out in the California dessert, Tesla is constructing a 5.8 million square foot factory to make batteries for its vehicles.

Once completed, the factory will produce enough batteries to power 500,000 electric cars a year. In fact, the new plant will produce the equivalent of the world’s entire lithium ion battery production today under one roof. That is a massive (and impressive) undertaking.

8. Despite the Hype, Tesla is Still a Small Car Manufacturer

Despite the hype and daily reports about its progress as a company, Tesla is still a relatively small player in the automotive sector. Over the past 10 years, Tesla Motors has shipped about 100,000 total cars to its customers.

By comparison, the big three automakers in the U.S. shipped 17 million new cars in 2015 alone. BMW and Mercedes-Benz sold nearly 500,000 luxury cars in the U.S. last year. While Tesla Motors is clearly an innovator, an influencer, and is pushing the automotive industry into the all-electric market, they remain relatively small compared to the big players in the automotive space.

While they are known for the electric cars they produce, the reality is that Tesla is currently more of a battery manufacturer than it is an automotive manufacturer. Making long lasting, state-of-the-art batteries pay the bills at Tesla. That drives investments into the company’s electric car technology.

Tesla builds and sells high-tech batteries for use in commercial buildings, residential homes, and municipal power grids. Some Tesla batteries are even being used to power wineries in northern California. The batteries are also used to help power solar panels and produce solar energy — another sector that Tesla has started sell products in. Tesla takes the proceeds from its battery sales and pumps them into the car division. Then they use the money to further development and production of their electric vehicles.

6. Tesla Has Been on the Verge of Bankruptcy Several Times

Tesla has followed the same path of many other start-up companies. It has burned through cash and come close to bankruptcy on several occasions. Tesla also had to go out for new extra rounds of venture capital financing many times.

In 2013, behind on development of its Model S, Tesla found itself with only about two weeks cash left in the bank. Elon Musk admitted at a recent shareholders meeting that the company was on the brink of being insolvent in late 2013. However, each time it looked like the end was near, Tesla found a way to raise needed cash and stay afloat. That is good news as the company has also been the target of takeovers from many other companies in recent years, including…

Search engine and tech giant Google is aggressively moving into the car space, notably with self-driving autonomous vehicles. The company is obsessively working on developing the world’s first completely autonomous self-driving automobile. Google co-founder Larry Page is reported to pushing hard on the notion of cars that drive themselves around. Naturally, they are also pursuing electric cars.

The advanced technology developed by Tesla, especially its batteries, is extremely enticing to Google. That’s why the company has taken several runs at Tesla over the years. Larry Page and Elon Musk are friends, and it;s been reported that Page has tried to convince his pal to sell Tesla several times. For very large sums of money. So far, Musk has resisted these offers and kept control.

4. Tesla Cars Are Designed to Require Almost No Maintenance

With their electric engines and other advanced technology, the cars sold by Tesla are designed to require almost no maintenance. Tesla cars do not require oil changes, new air filters, spark plugs, or fan belts. The batteries are so advanced and powerful that they may not need to be changed during the life of the vehicle. Of course, the fact that a large portion of their business exists in sunny California helps these things.

The braking system is designed so that the brake pads on a Tesla also never need to be changed. Rather than using friction to stop, Tesla cars slowdown by reversing the motor – using the brake pads only sparingly. The only parts on a Tesla car that may need to be replaced are the windshield wiper blades and the tires. Beyond that, the car is pretty rock solid.

3. Tesla Cars Have Been Declared the Safest Vehicles in History

In addition to their high-tech parts and components, Tesla cars are super safe. How safe? Well, the Tesla Model S received the highest safety rating of any car in history from the National Highway Traffic Safety Administration. Some of the equipment used to test vehicles actually broke when the Model S proved strong and resilient.

During a test to see if the roof of the car could be crushed, the testing machine broke after it reached its highest power setting. The roof of the Model S remained intact. Musk and the engineers at Tesla say they want to revolutionize the entire automotive industry. Not just with their use of electricity to power cars but the way entire cars are designed and their built.

2. The Company’s Name Was Chosen at Disneyland

Tesla is named after famed Serbian scientist and engineer Nikola Tesla, who died in 1946. He invented the first alternating current (AC) motor, widely used in cars today. Arriving at this name was not easy. For months, company founders Martin Eberhard and Marc Tarpenning struggled to come up with a good moniker.

Then Eberhard took a trip to Disneyland with his girlfriend and inspiration struck. While eating at the Blue Bayou restaurant in Disneyland, Eberhard suggested the name Tesla to his girlfriend. After explaining the significance of the name, Eberhard’s girlfriend approved. The name Tesla Motors, Inc. was incorporated on July 1, 2003. They official name would eventually be shortened to just Tesla, Inc.

1. Tesla’s Next Move is to Design and Build an Electric SUV

SUVs are known for being notorious gas guzzlers — among the worst offenders when it comes to consuming precious fossil fuels. Tesla is hoping to change that though, as the company’s next foray is to design and build an all-electric SUV. The company has already developed an electric compact SUV prototype it calls Model X.

The prototype would seat seven people, have gullwing doors and be completely electric. However, with a starting price of $70,000, the question remains: Who will be able to afford such an expensive vehicle? The challenge for Tesla remains developing vehicles that will be affordable to the masses. It’s a tricky proposition for every emerging piece of technology, and Tesla is not immune. Time will tell if this goal is achievable. In the meantime, the prospect of an electric SUV is intriguing. 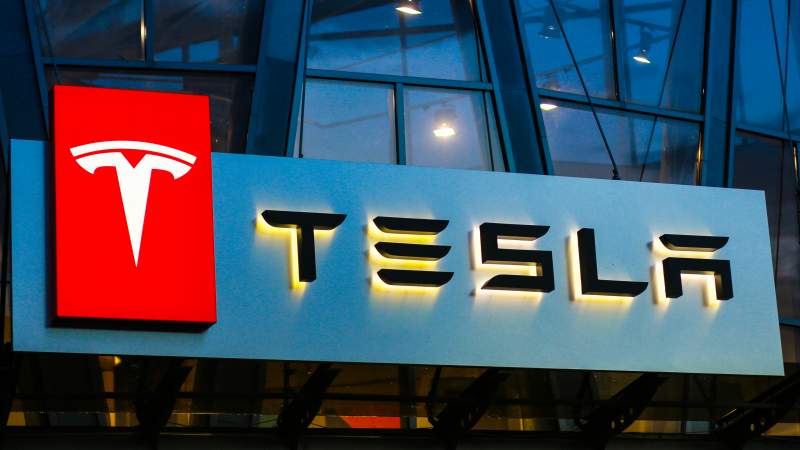