10 Things To Consider Before Buying An Electric Vehicle

It appears that fully electric vehicles are the future whether drivers like it or not. With a growing number of countries mandating that future vehicles sold within their borders be electric, it is now expected that, by 2025, electric vehicles will account for 30% of all automobiles sold globally, according to an analyst report by J.P. Morgan.

By 2030, electric vehicle sales are forecast to eclipse sales of gas-powered vehicles. So, with all of us poised to (eventually) plug our cars in and charge their batteries at the end of a long day, we thought it would be prudent to look at ten things everyone should consider before buying an electric vehicle.

An electric vehicle (EV) is not a practical choice for everyone. Whether or not an EV is the right choice for you will come down to several considerations, including how many kids you have, your daily commute to work (and other driving habits), and the resources you have to devote to a fully electric vehicle. In its current form, electric vehicles work best for young urbanites who live close to their employer and don’t have a lot of kids to drive up and down highways.

This is because EVs today have issues that still need to be considered, ranging from battery life to driving range and functionality in bad weather like snow and sub-zero temperatures. As a rule, it’s still not practical to own an electric vehicle if you’ve got three kids, live in the suburbs, and have to fight your way through hours of traffic each day. Consider your lifestyle first, then consider if an electric vehicle would be a practical choice. For many, the answer is still “yes.”

If you are environmentally conscious and like the idea of an electric vehicle, but aren’t yet convinced that a fully electric vehicle is the right choice, you should consider the compromise choice – a hybrid gas/electric automobile. Hybrid cars are much more efficient and greener than traditional gas fueled vehicles. They are also more reliable than the current crop of electric vehicles, as it is much more likely that your electric car’s battery will die than your hybrid car’s battery will die and also run out of gas.

There continue to be many more gas stations littering the roadways than EV charging stations. For these reasons, people currently buy three times as many hybrid vehicles as fully electric ones, according to website fleetcarma. If you’re driving habits typically include more than a simple round-trip to the office or local mall, give full consideration to a hybrid option instead of a full EV.

This is a big issue. As mentioned, there still aren’t a lot of charging stations around for people to plug their electric vehicles into. This issue can be especially problematic when traveling long distances far from home. Without a charging station, EV owners could end up stranded. This might not be a problem if you live in a major metropolitan city, but many North Americans still don’t have reliable infrastructure around them for an EV.  Plus there is also the cost of running a charging station in your own home to consider.

While the price has come down to buy and install a station in a home garage that’s capable of charging an electric car battery, it can still exceed $2,000. And, there is also the hit to monthly home electricity bills to factor in. Sure, you’ll definitely save money by not fueling up at the local gas station, but your home electricity bill will jump up once you’re charging an electric car battery every night. While some EV owners turn to solar power to charge their car, the cost to buy and install a reliable solar system in a home is upwards of $10,000.

Electric vehicles are sophisticated pieces of machinery. They can also be expensive to maintain and fix in the event of a breakdown. Consider also that many licensed mechanics are not familiar with electric vehicles and don’t know how to repair them. Parts can be hard to come by and oftentimes, owners are forced to deal with the vehicle manufacturer when maintenance is required. This can get expensive.

The costs to replace the battery in a Nissan Leaf, for example, is $5,500. Routine maintenance such as brake repairs and hose changes can cost more on electric vehicles, according to the website Clean Technica. Calculating the cost of maintenance on an electric vehicle is an important part of the due diligence process. You might save on gas and oil changes, sure, but those costs can simply shift to other places.

Driving range is the elephant in the room when it comes to electric vehicles. Analysts and industry executives agree that the main issue keeping people from purchasing an electric vehicle is the distance that the cars can drive before running out of battery power and needing a charge. With a lack of charging stations available, it is safe to say most people won’t be taking cross-country road trips in an electric vehicle.

Right now, the Tesla Model S has the furthest driving range of any electric vehicle at 335 miles, according to an evaluation conducted by U.S. News and World Report. That’s decent when driving in a metropolitan area and close to home, but not great for people planning a road trip in the summer. Other electric vehicles with okay driving range include the other Tesla models (approx. 300 miles for the Model X and Model 3), Chevy Bolt (238 miles), the Nissan Leaf (151 miles), and the Hyundai Ioniq (124 miles).

We’ve already established that replacing an electric car battery can be prohibitively expensive, at more than $5,000. So the question becomes how often will you have to replace the battery in your electric car outright? While most automakers claim that their batteries are good for more than 500,000 miles, or the life of the electric vehicle, the reality is that many batteries need to be changed after 150,000 miles. It’s not much different than the battery in your smartphone or laptop — eventually it loses some of its strength and loses its charge faster than when brand new.

Issues such as extreme temperatures (both hot and cold), overcharging, and power surges can hasten the demise of electric car batteries. There is also “battery degradation” to consider. After an electric vehicle has been driven for a while – say for more than 30,000 miles – it begins to lose its ability to hold a charge. Owners notice that they are not able to travel as far as they used to without having to charge their car battery. This may start with a 3-to-5 percent decline in distance, but it steadily increases over time, until the entire battery has to be replaced. Also consider that most automotive companies only offer a 60,000-mile warranty on their electric vehicle batteries. After that, the owner is on the hook to cover the replacement costs.

Electric vehicles may be good for the environment, but they aren’t cheap. A compact electric vehicle such as the Chevy Bolt costs $30,000 for the entry level model. The fancier Tesla Model X costs more than $70,000. Tesla held a news conference when they were able to get the cost of their Model 3 sedan down to $35,000 — which is a great step, but similar sized gas cars still sell for much less.

Currently, the cheapest electric car to buy is the sub-compact Nissan Leaf at $29,000. And that’s for the no frills version. People may have noble aspirations when buying an electric vehicle, as they are absolutely better for the planet and will be a growing trend in the years and decades to come. But they should give full consideration to the financial cost of being a responsible citizen and steward of the environment. An EV just might not fit into your budget yet.

These expenses add up in a hurry and can make owning an electric vehicle way too expensive for the average driver. Be sure and crunch the numbers before committing to buying an electric car. If money is not an issue, then you should definitely get on the green bandwagon as early as possible. If money is tight, like it is for the majority of people, then make sure you do your homework first and research all the electric car vs gas costs before you buy.

Electric vehicles contain a lot of technology. Hardware, software, firmware, electric cars have it all. And this technology needs to be updated regularly. Some companies, such as Tesla, upgrade their vehicles’ technology regularly and automatically and don’t charge owners. Other companies are the exact opposite.

They hound owners with requests to upgrade the technology in their electric vehicles and some even charge fees to do so. Refuse to do the latest software or firmware upgrades, and you might find your EV does not run as well as it used to. This is one of the dangers of the internet of things, that some corporate entity ultimately still has control over a piece of machinery you paid thousands of dollars for. Make sure you know the situation with technology upgrades before buying any EV, and inquire whether there is a cost for this service.

What can help offset all the costs associated with electric vehicles are rebates and tax credits offered by your local government(s). However, whether you qualify for either of these depends on where you live, and which political party is currently in power. Some jurisdictions provide financial incentives to own an electric vehicle and others do not.

How much of a financial incentive is available depends on which state/province/country you live in. While the rebates and tax credits can be lucrative and save EV owners thousands of dollars, they also change frequently. Left-leaning liberal governments are more likely to offer rebate programs, while right-leaning conservative governments may cut those same programs to save money (or just not offer them in the first place). For these reasons, it is important to check the available financial incentives when you are considering buying an electric vehicle. 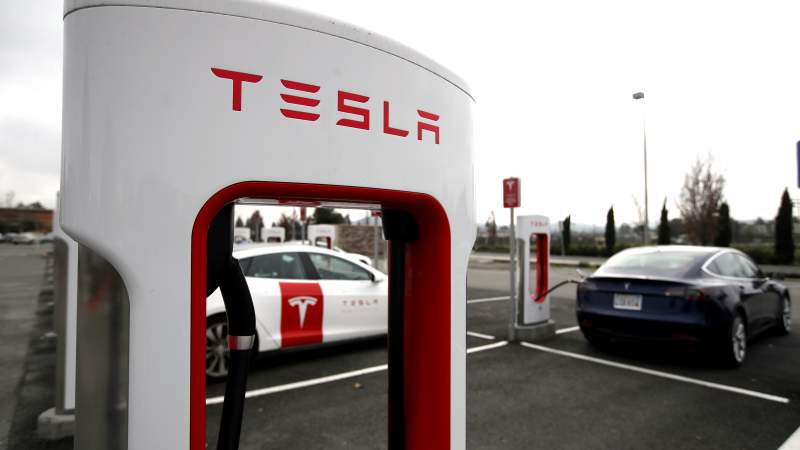