10 Innovations That Forever Changed The Automobile

Cars have not always been the high-tech marvels that we see today. The earliest vehicles produced were archaic by today’s standards and the modern car has literally been built piece-by-piece over more than 100 years. Believe it or not, automotive manufacturers built-up very slowly from primitive models to the adaptive cruise control, lane departure warning systems, voice activated controls, and biometric identifiers that we enjoy today.

Many of the items in cars that we take for granted were once considered as innovative and revolutionary as the self-driving features now pushing cars into the future. Here are 10 innovations that forever changed the automobile as we know it.

There was actually a time when cars were not equipped with a windshield. People drove through the open air in a carriage like contraption, and opened umbrellas over their heads when it rained. The very first cars weren’t marketed as “Horseless Carriages” for nothing. They also wore goggles to cover their eyes from the wind while driving, although early cars didn’t really go very fast.

Although cars have been around since the 1890s, the very first windshield wasn’t invented until 1904. The first windshield was made of two-pieced plate glass that happened to shatter easily. It wasn’t until 1919 that Henry Ford employed the windshield technology of the French scientist Eduoard Benedictus that comprised a cellulose layer that separated the two layers of plate glass. The cellulose held the glass together and prevented it from shattering into pieces in the case of an accident.

In 1934, the curved windshield that is common today was invented. A curved, single piece of glass was found to decrease drag and improve the aerodynamics of cars. Plus the slightly domed shape made it stronger. As you can see, it took a long time to introduce and perfect the windshield that is now found on every vehicle made.

Robert Kearns invented intermittent windshield wipers in 1963, and they proved to be quite a convenience. Prior to Kearns invention, though, windshield wipers had only one speed – fast. Depending on how heavy the rainfall was, this could be quite irritating. Kearns’ wiper blades changed the automotive industry by operating at timed intervals instead of a constant speed, which was often too fast for a light drizzle of rain.

Today, intermittent windshield wipers are common in nearly every single vehicle. Having invented and patented the intermittent windshield wiper in the early 1960s, Kearns tried to interest the “Big Three” automakers into licensing the technology. Each turned him down, only to install their own electronic intermittent wipers based on his design. Kearns spent the next 30 years fighting the Ford Motor Company, Chrysler Corporation, and General Motors in court to win recognition and financial compensation for his invention. He eventually received more than $30 million in damages. The ordeal is chronicled in the 2008 movie Flash of Genius, starring Greg Kinnear as Kearns.

Headrests are a simple invention that are easy to take for granted. Many people assume that headrests are in place to provide comfort when people lean their head back while waiting at a stop light, or when passengers are nodding off to sleep. However, headrests were actually a safety invention.

Initially called “head restraints,” the modern-day headrest was invented by a designer named Benjamin Katz in Oakland, California in 1921. It took until the mid-1960s for headrests to begin showing up in cars as an optional safety feature. They were used to help prevent whiplash in the event of a collision and to lessen spinal injuries. After extensive trials and study, the U.S. National Highway Traffic Safety Administration (NHTSA) made headrests mandatory in all new cars sold in the U.S. starting on January 1,1969. The rest, as they say, is history.

It might seem hard to believe today, but air conditioning used to be considered a luxury – and an expensive one at that — especially in cars, where people were more inclined to roll down the windows to cool off. The Packard Motor Company is credited with being the first automobile manufacturer to provide an AC option in its high-end vehicles starting in 1939.

Cadillac and Buick offered air conditioning as an option on their models beginning in 1953. Other car companies followed the lead and slowly air conditioning filtered down to even low-end model vehicles. Today, air conditioning is standard in pretty much all vehicles, even base model ones, but there was a time when staying cool and comfortable during a hot summer drive was a real luxury.

Automatic transmissions are now found in almost every vehicle. Very few cars today even have a manual transmission as an option, and those that do often have to be specially ordered by a dealership. Clutch pedals and manual gear shifts have largely been replaced by automatic transmissions that shift gears electronically and automatically for drivers.

Arguably one of the most important safety features of the last few decades is the antilock brake. Automobile manufacturers had been playing with electronic braking systems as far back as the early 1960s, but none could commercialize the technology.

It wasn’t until 1978 when Mercedes-Benz installed the first Antilock Braking Systems (ABS) on its production cars that “ABS” became the new standard in the global car industry. The computerized braking system helps drivers maintain control of their vehicle while stopping, and stabilizes the car, preventing it from skidding or rolling over on impact. This technology revolutionized the industry, and ABS is now the standard in all makes and models.

It used to be very difficult to drive a car and required considerable strength to steer. This was in the age before power steering. Many motorists used to breathe heavy when turning the steering wheel in their car, and their forearms would often burn. Now, steering has never been easier thanks to the invention of power steering.

Power steering has technically been around since the first cars were manufactured by Ford. Back then, it was considered too expensive to be installed in every vehicle. It wasn’t until 1951 when Chrysler introduced the first passenger car equipped with power steering on its Imperial model that the technology took the automotive industry by storm. Power steering is credited with making cars easier to operate and more accessible to American consumers.

One of the most innovative safety breakthroughs ever was airbags. Airbags are a relatively new invention, with widespread use and adoption of airbags beginning in the late 1980s. Initially, only the driver side of a car was equipped with an airbag that deployed in the event of a crash. However, as it became clear that airbags were effective at saving lives, use of the device spread and came to include the passenger seat and side impacts, as well.

Airbags have continued to evolve over the years, and they are now responsible for saving thousands of lives each year. In 2011, General Motors’ introduced a new front center air bag, which was the industry’s first inflatable center restraint designed to protect drivers and front passengers in side impact crashes.

Remember paper, fold-up road maps? How about pulling into a gas station to ask for directions? It was not that long ago that getting lost was a very real problem. To find out where you were going required drivers to pull over, pull out a large paper map, spread it out across the dashboard and try to find, with their fingers, where they were and where their destination was located.

Fortunately, this cumbersome task has largely been eliminated thanks to Global Positioning Systems (GPS). Satellite-based GPS used in most vehicles today is a marvel of science and enables people to get just about anywhere without getting lost. In fact, cars can now tell drivers exactly where to go, alerting them when they should turn, and which exits to take off the highway to safely reach their destination. This is a luxury that people could not have imagined even 15 years ago, but is now commonplace. In 1990, Mazda introduced the first GPS for automotive navigational use. Consumers loved it and other auto manufacturers were quick to follow Mazda’s lead.

Widely regarded as the greatest safety invention in automotive history, seatbelts today are ubiquitous. Every person in a car is actually required to wear them, by law, in almost every jurisdiction. But there was a time when cars did not come equipped with any seatbelts, and then an era when seatbelts were merely optional.

American car manufacturer Nash was the first company to make a vehicle with a seatbelt in it back in 1949. The Ford Motor Company, offered seatbelts as an option for its luxury cars in 1955. The first company to place seatbelts in a car as a standard item was Swedish auto manufacturer Saab in 1958. They have also evolved from simple lap belts to the now-standard three-point harness.

The world’s first seatbelt law making the safety devices mandatory was put in place in 1970 in Victoria, Australia. Today, research shows that seatbelts reduce the risk of fatal injury to front seat occupants by nearly 50% and lower the risk of critical injury by 60%. Not surprising then that seatbelts are now required by law to be worn just about everywhere in the world. 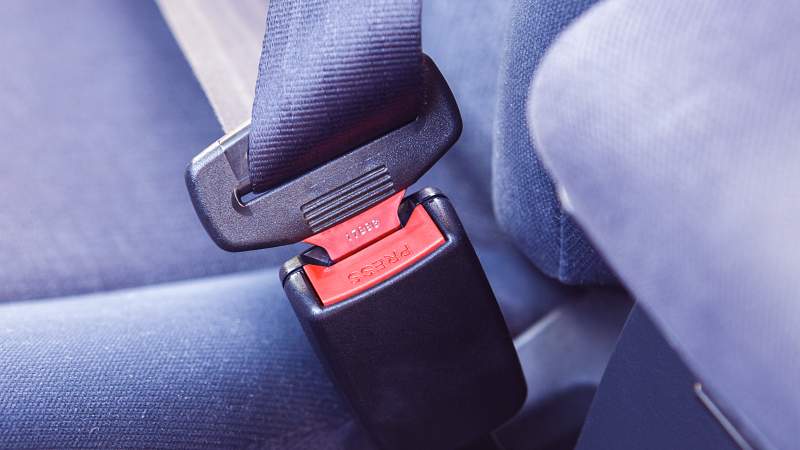