The 200,000 mile mark is a benchmark of sorts for cars. If a vehicle you own makes it to 200,000 miles or more, than you can rest easy knowing that your car has served you well. You’ve gotten your money’s worth and it no longer owes you anything. Each mile tacked onto the car after the 200,000-mile point is a bonus. Not all cars make it to 200,000 miles.

Most cars die long before they reach this vaunted threshold. However, for a select few well-made vehicles, the 200,000 mile mark is attainable. Here are the 10 cars most likely to join the 200K Club, according to various automotive authorities such as Consumer Reports, Popular Mechanics, Auto Trader and Forbes magazine.

The F-150 has been the signature pick-up truck for Ford for nearly 30 years, and for good reason. This workhorse of a truck lasts forever. The durability and reliability of the F-150 has only improved in recent years, as Ford has made quality its main focus. The engine, body, and towing ability of this pick-up truck are all in top form and better today than at any time in the past.

According to various websites, about six percent of Ford F-150 pick-up trucks are still on the roads with 200,000 miles or more on them. That is pretty impressive considering that most of these trucks are used for rough work purposes and heavy hauling. If you’re in the market for a pick-up truck, you could do worse than the Ford F-150.

Despite some global recalls in recent years, Toyota remains a top automotive manufacturer. One of the company’s most dependable vehicles is the 4Runner SUV. Perfect for off-roading, the 4Runner drives a lot like a pick-up truck. It boasts a powerful 4.0-liter V6 engine that is quite fuel-efficient for a vehicle in the SUV category.

While the handling of the 4Runner has been criticized, upgraded models feature a tighter suspension with better overall control. The 4Runner also has four-wheel drive that is extremely steady and enables the vehicle to tackle any surface. For families, the 4Runner also has an optional third-row seat. As expected with Toyota, the reliability of this vehicle is better than most other SUVs in its class. More than five percent of 4Runners are still on the roads with 200,000 plus miles on them.

In the minivan category, it’s the Honda Odyssey that is most likely to still be chugging along after it passes the 200,000 mile mark. Extremely well-made, the Odyssey is sometimes considered a bit pricey for people in the minivan market. However, the initial outlay of cash is worth it for the thousands of worry free miles owners enjoy. This well-appointed people mover has a nice interior, impressive options and upgrades, and handles more like a sedan than a van.

The 3.5-liter V6 engine provides a smooth ride for the six-speed automatic transmission. The Honda Odyssey is also one of the most fuel efficient minivans at 21 miles per gallon. With the ability to seat eight people, this minivan is perfect for family and friends. A dual touch-screen infotainment system has been praised for its ingenuity. All-in-all, a great option for families on the move, and people who like to keep their vehicles for a really long time.

You don’t normally think of Chevys as lasting a long time. However, Chevrolet has made strides with some of its models in recent years, chief among them the Suburban. It’s a larger SUV that has the style of an Escalade but the feel of a military tank. With a 5.3 liter V8 engine under the hood capable of producing 355 horsepower, the Suburban has plenty of power, torque, and pull. However, it’s the body of this SUV that is mainly responsible for the longevity of the Suburban.

It is built tough, durable, and rugged. The strong body enables it to withstand the elements without rusting or corroding. Owners of a Suburban will be sitting tall behind the driver’s wheel long after this vehicle crosses the 200,000-mile threshold. Nearly five percent of all of these SUVs are traveling with more than 200,000-miles under their belts.

In the small car category, the Toyota Corolla stands out in terms of its ability to pile on the miles and keep on driving. Relatively tame and in terms of its appearance and performance, the Corolla is known for being a comfortable vehicle that handles well, has a quiet engine, and a fairly roomy interior.

While Toyota does offer a sportier “S” version of the tried and true Corolla, most motorists seem content with the old reliable version of this car. Especially given the fact that the Corolla has outstanding fuel economy at 32 miles per gallon, an impressive 43 miles per gallon when driving on highways. As Toyota frequently likes to point out, the rear seat in the Corolla is one of the roomiest in the small car category. However, what owners of this vehicle appreciate most about the Corolla is the fact that they last for eons. Many of these cars are still on the road after 20 years. Impressive!

Ah, the CR-V. This is the little SUV that could. The Honda CR-V has proven to be so durable and reliable that it has almost become synonymous with smaller and more compact SUV category. This vehicle is one that can easily rack up 200,000 miles and keep going. A 185 horsepower, 2.4-liter four-cylinder engine might not be anything to brag about in terms of power, but 24 miles per gallon fuel efficiency is pretty impressive for any SUV – large or compact.

The CR-V’s handling is responsive and secure, even when traveling over uneven terrain. The engine, while lacking in oomph, is nevertheless quiet and functional. The rear seats are roomy and can be folded into the floor for additional room. A rear-view camera as a standard feature is a nice touch, and there’s no arguing with how long these vehicles can (and often do) last. A CR-V is the kind of vehicle you can expect to get 200,000 miles out of.

The Lexus ES is not just a good investment because it is a luxury midsized car. It is also a good investment because it provides its owner with years and years of stress free driving. Of course, this vehicle comes with all the luxuries that people expect in a Lexus – a gorgeous interior, state-of-the-art touchscreen infotainment system, top-end safety features, and so forth. It’s also is solid as a rock and can take on 200,000 miles and keep on ticking.

People who splash out on a Lexus ES needn’t worry about expensive costs to replace Lexus parts. The engine and mechanical components on this car are well crafted and will last ages. Owners of the Lexus ES can look forward to driving around in luxury for many years to come.

The Toyota Prius has come a long way. There was a time when there were legitimate questions about the gas/electric hybrid car. The batteries in the Prius were known to die, leaving owners on the hook for an expensive replacement part. However, 10 years of fine tuning on the part of Toyota have radically improved the Prius – to the point where this hybrid car is now known to be firmly in the 200,000-mile club with many other Toyota models.

Not only does the newest version of the Prius look more stylish, but it also drives better and is more reliable than previous models. An upgraded engine, lighter hybrid components, and more durable battery cells mean that the new Prius achieves ten percent better mileage than previous models. The Prius is still the sensible and cost efficient car that it has always been. With battery technology only improving, future versions of the Prius can be expected to be even more reliable and last longer still.

What can you say about the ever popular and super trustworthy Honda Civic? This is one of the most popular cars in the world today – due mainly to that fact that the Civic is like the Energizer Bunny of cars. It just keeps going and going. Forget 200,000 miles — many Civics boast 300,000 or more.

Honda has redesigned the 2016 model, upgrading the engine to a two-liter, turbo four-cylinder and offering a touring version of the car. The result is a car that is even more comfortable than previous incarnations, and handles nicely too. With advanced safety features such as a blind-spot monitoring system, it is hard to go wrong with a Civic. And, as with most other Hondas, the Civic is a car with staying power. It spends little time in the repair shop.

For people who like to keep their car for a really, really long time and wring out every ounce of investment they can, you can’t do much better than a Toyota Camry. Sturdy, comfortable, and precise, the Camry is like your dependable best friend. The car will never steer you wrong. The handling is secure and superior, and the 2.5-liter, four-cylinder engine is rock steady and delivers plenty of power and pick-up.

The Camry also provides 28 miles per gallon fuel efficiency. Alternately, look for it available in a hybrid version that gets a mega 38 miles per gallon fuel efficiency overall. If all this weren’t enough, the Camry is also a top resale vehicle and holds its value extremely well – even with 200,000-miles on the odometer. Smart shoppers know that the Camry likely has another 200,000-miles under the hood. 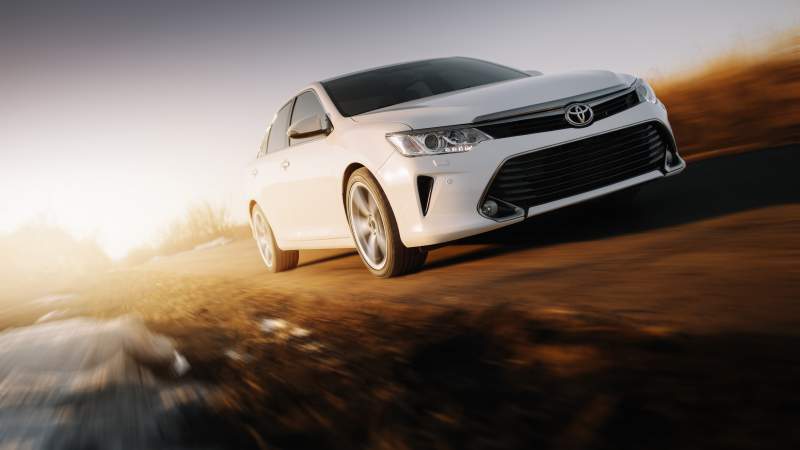